The Canada Council for the Arts plans to create a separate granting stream for indigenous arts and artists and to use its programs and influence "to engender a new relationship between Canada's indigenous and non-indigenous peoples."

Reconciliation through the arts is one of four main priorities in the council's new five-year plan, which was released on Tuesday. The other three are about helping Canadian artists thrive in a digital environment, raising their profile internationally and giving them more money.

The last goal should be easy to achieve, given the federal government's pledge in its recent budget to double council funding over five years. The council has already devoted $33.4-million of its extra $40-million for this year to artistic projects related to Canada's 150th birthday.

"It's the first time ever that we can release a five-year plan knowing that every year there will be a significant funding increase, and that at the end of that time our support will be doubled," said Simon Brault, director and chief executive officer of the council.

The new indigenous funding program "will be a specific stream informed by indigenous notions of self-determination," Brault said. "One could argue that support in the past has been tinted by a more Eurocentric approach to artistic creation and dissemination."

The new stream will not be divided by discipline, as current programs are, Brault said, and will have unique features related to the role of elders as "cultural transmitters." Indigenous artists will still be free to apply to the council's regular programs.

The strategic plan – called Shaping a New Future, 2016-21 – paints a glowing picture of the arts in Canada by the year 2021, projecting that funded artists will be more diverse, better paid and recognized, and more attuned to innovation than they are now. They will also be more visible internationally, a goal the council hopes to achieve by partnering with other bodies, including other federal government departments.

A major aspect of the council's future will be the ongoing radical transformation of its granting programs, which are to shrink in number to six from 140. Brault said complete details of that change, which was announced as an objective last June, will be revealed when a new online portal to council programs is opened in December.

In line with Heritage Minister Mélanie Joly's strong focus on the so-called digital shift, Brault said the council will hold a "major summit" next winter to figure out the best way to improve the digital outlook for professional artists, including those who continue to work in analogue media.

Other sections of the strategic plan speak of the need to link council programs with environmental change, cultural diplomacy and "social cohesion."

Brault said the document's broad reach does not represent an expansion of the council's mandate. "I think we're reconnecting to the original mandate, which was to increase the role of the arts in society. What we're doing is not an extension as much as a reframing for the world we live in now."

Russell Smith: Your new Canada Council is categorically confusing
May 15, 2018 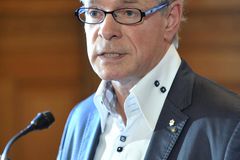 As arts council head, Simon Brault will be outspoken advocate
May 12, 2018 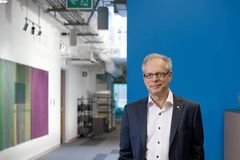 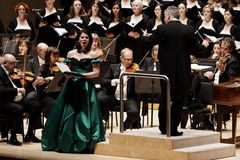