Sisters & Brothers marks the sixth consecutive year a feature directed by Carl Bessai will receive its world premiere at the Toronto International Film Festival. But for the prolific Vancouver filmmaker, the scenario is definitely more Groundhog Day than his taut TIFF 2010 thriller Repeaters, in which three young rehab residents keep repeating the same day with darkening results.

Bessai riffs on the evolution of his "accidental" trilogy, refining the DIY approach and summoning the power of Glee.

You've now made three of these unscripted films – how did it all start and what has been the continuing attraction?

It's really changed over time. I won some prize money for Normal [TIFF 2007] and I'd been wanting to mess around with digital cameras. I was motivated after talking with friends about working with actress Babz Chula, who was a real collaborator with [director]Bruce Sweeny. I thought, why don't we take this lo-fi approach and use the mother-daughter relationship as a jumping-off point? We ended up with an ensemble, multiple-storyline film that toured the circuit and won all these prizes.

So the reception to the film got you hooked?

There are so many gatekeepers in the movie business, and after years of hustle I loved the power of being able to say, "Now we're making a movie and we're starting in January – let's go." I got better at the overall technique with Fathers & Sons, which was less emotional and more comedic. And it was another audience favourite. It's not high art but I think all viewers find a piece of themselves in these films.

And I guess Sisters & Brothers completes the family?

My plan was to use this film to open doors in the U.S. For me, one of the hard lessons has been that it's all about who's in your movie. So rather than go down to Hollywood, I thought I'd use my own project as a way to start meeting more high-profile talent – there's a gold mine out there of fantastic Canadian actors in between seasons of big TV shows.

[Laughing]We need the power of Glee – and this little improvised funny serious experiment is so the opposite of Glee.

C'mon, did you kidnap him?

No! I had an idea about brothers who meet in an airport transit lounge – one a Hollywood hotshot and the other a nobody. I called up Dustin Milligan (TV's 90210, Repeaters) and he loved the story and thought of Cory Monteith. So together we built this narrative out of some of the baggage and personal experience they had as young Vancouver friends who went down to Hollywood as roommates. People who know Dustin from 90210 won't believe what a great comedian he is, and Cory is incredibly brave and awesome in the film.

So what's next, Aunts and Uncles?

Well I'm moving on from the family dynamic, but I will continue to experiment with the collective process because when you tap into these incredible actors – whether they're famous or local heroes – amazing things happen that could never happen in a scripted movie. Every actor who's worked on one of these has loved it. The paycheque is terrible but the creative payoff is enormous. 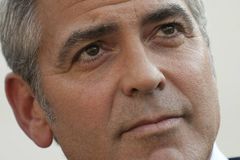 From Coppola to Rushdie to Neil Young, talk is the thing at TIFF
August 23, 2011 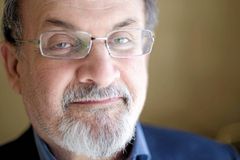