In the late 1960s, Joan Didion was the sittings editor at Vogue. She wrote briefly of this in a foreword to Some Women, a 1989 book of female portraits by Robert Mapplethorpe. In the sittings, she wrote, "success was understood to depend on the extent to which the subject conspired, tacitly, to be not 'herself' but whoever and whatever it was that the photographer wanted to see in the lens."

Right now, in New York, there are major museum retrospectives of two of our most important photographers.

At the Guggenheim, there's the first comprehensive American retrospective of the work of Francesca Woodman, the self-portraitist who died, at 22, the first time she tried suicide (that was in 1981; she would be 54 today). At the Museum of Modern Art, we have Cindy Sherman, 58. She's at the top of her career, gazing on hordes of visitors from the vertiginous heights of her recent, most lavishly esoteric murals.

Woodman is the less familiar of the two and my favourite dead photographer. Still, I can't believe she would have reached Sherman's heights had she lived. She lacked star quality – was dust, more like. The New York Times called her a Holden Caulfield for girls, but she's more like the art world's Sylvia Plath, or a Catherine whose Heathcliff was her work. Her 800-some black-and-white photos are small, frail, romantic, consistent in their inconsistencies. She was not a "strong female character."

Sherman – whose Untitled #96 sold for $3.9-million (U.S.) at Christie's last year, more than any photograph in history – is every female character. She has played housewives and runaways, divorcees and schoolgirls. She has played ingenues and dowagers and whores. The only woman she has not played, it seems, is Cindy Sherman.

And so Sherman has survived where Woodman did not: In assuming the whole lot of female and feminine (and sometimes masculine) identity, she's given away precious little of herself. Her work is fashion. It is facade. It's defence. It's less like anything by her ideological counterparts, such as Canada's Suzy Lake, than it is a presaging of the female pop stardom of our fragile and fragmentary age. Like Lady Gaga, like Beyonce/Sasha Fierce, like Nicki Minaj in her discrepant guises, Sherman has conspired to not be herself – and has won.

The not being herself and the winning are far from separate.

Hardly anyone, male or female or both or whatever, can be all things to all people; we're instead different things to different people. I hate to be all like "all women are like," believe me, but believe also this: It will never not be physiologically and psychologically harder to be female. Our lives comprise brutal biological choices most men never consider, which is why Sherman's photos, depicting consequences, are often so tragic in their blue pallor. (Her 1980s dismembered doll scenarios bring to mind artist Barbara Kruger's 1989 political work, Your Body Is a Battleground, and then the philosopher Julia Kristeva, with her "body as a site of horror.") Worse, to these biological injuries are added hegemony's insulting demands: Be beautiful or smart; be sexy/slutty or be respected; be likeable or be, as Minaj would say, "bossed up." If you are a woman, you have to think much more about "or." To want "and" is simply to be difficult.

And so much of what is deemed "women's art" is really about "women's work," which involves not only the work we do, but the work we do to get the work. The percentages of women in a given field don't tell the story, and neither do their salaries. Take beauty. Attractiveness is an earnings advantage no matter your gender, but women's grooming is extra-significant: Wear makeup, the studies say, and you'll be perceived as more competent, likeable and – with no little irony – trustworthy. Take, then, the body: Weigh less, and you'll be paid more; weigh even less, you'll be paid more still. It is that cruelly correlated. Meanwhile, men weigh more the more they earn, because money and power free them from the pressure to be attractive. I do not think women ever earn that freedom.

Sherman, who wears makeup like a mask, has not earned that freedom, and knows it. We know she knows it. In a recent Economist profile, she was quoted mimicking the voice of the male art collector: "Is she behind that mask? I only want it if she is in there!" And, too, no matter how ugly she makes the mask, we know that beneath it she ages beautifully, dresses well, stays thin. Imagine, if you can, a female art star of her magnitude looking like, say, Julian Schnabel. I can't.

In art, in pop music, in Hollywood, to men belong the fixed image; to women belong images based on our fixations. Now the images change faster. Identities multiply. In a protean super-visual culture, it's survival of the fleeting-est. If women are winning the charts and the Christie's auctions, not enough but increasingly, it's perhaps because they have always been more things at once, worn more faces, survived like chameleons. The winning has been so far from easy, but then, they were prepared. For every screen they had a mask, and under that mask, another mask.

The most guise-less star I've seen in real life is Patti Smith, 65, who hasn't changed out of a striped shirt and skinny jeans since 1974. Speaking at a New York bookstore the other day about her 2010 book Just Kids, she said she wanted it to feel like a Woodman photograph: half-lit, fully realized. That didn't seem surprising; Smith and Woodman are/were likewise afflicted with the inability to divide work from living. What surprises me is how singularly and well Smith has lived and worked despite that; how she has become as immutable as a man; how she has countenanced so much and so nakedly.

In 2007, Germaine Greer wrote that a much higher proportion of the much lower number of women artists have committed suicide. If the numbers are changing now, it is because women know, or are taught, how to be multiplicitous in identity in an age when nothing's real anyway. It is because they know, or are taught, better than to be themselves. Cindy Sherman's success is clear proof. It is less clear how much of it is a victory. 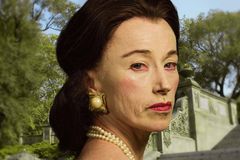 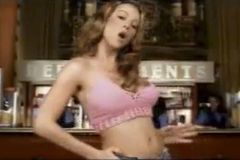 It's all statement dressing at New York Fashion Week
February 19, 2010 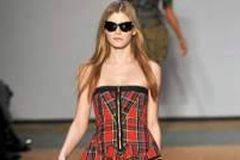 Cindy Sherman does M.A.C.: It’s like a mascara wand in the eye
August 20, 2011
Follow us on Twitter @globearts Opens in a new window
Report an error Editorial code of conduct
Due to technical reasons, we have temporarily removed commenting from our articles. We hope to have this fixed soon. Thank you for your patience. If you are looking to give feedback on our new site, please send it along to feedback@globeandmail.com. If you want to write a letter to the editor, please forward to letters@globeandmail.com.
Comments