"It took a lot of gall – guts – to paint it," Henri Matisse was known to have said about his once-controversial Fauve-period paintings, "but much more to buy it." So recalled his grandson, Claude Duthuit, in a November, 2010, interview, a few months before Duthuit's death.

Among those who had the guts were Claribel and Etta Cone, Baltimore sisters who during the early 20th century amassed an extraordinary collection, which included more than 3,000 works, including about 500 by Matisse. In the end, the Cones amassed the largest and most comprehensive private collection of Matisse and struck up an important friendship with the artist.

Works from their renowned collection (which also includes 114 works by Picasso, as well as paintings by van Gogh, Cézanne, Gauguin, Renoir, Pissarro and others) are part of this summer's major show at the Vancouver Art Gallery, Collecting Matisse and Modern Masters: The Cone Sisters of Baltimore, which opens May 26.

While the art is remarkable, so is the story of these sisters' lives.

Born to German-Jewish immigrants (the family name was originally Kahn) in 1864 and 1870 respectively, Claribel and Etta Kahn were women ahead of their time: intellectually curious and accomplished (Claribel was a medical doctor), and self-taught but prescient in their collecting habits.

"Some of it was luck and friendship, but as they began their collection and started to move forward, their eyes became better and their selections became better. They certainly, for women collectors in the United States, put together one of the greatest modern collections this country had ever seen at that point," says Katy Rothkopf, senior curator of European painting and sculpture at the Baltimore Museum of Art, where she is responsible for the Cone collection.

Long before they were buying art, the women held Saturday night gatherings that became well-known among Baltimore's smart set. Among those who attended were the avant-garde writer Gertrude Stein and her brother Leo, who lived in Baltimore for a time. It's likely that the Steins derived the idea for their legendary Saturday evening Paris salons from the Cone sisters, according to an essay by Karen Levitov, associate curator at the Jewish Museum in New York, which created the exhibit.

The sisters bought their first works of art in 1898. Their father had died the previous year and their eldest brother gave Etta $300 to spruce up the family home. Instead of spending it on traditional décor, she bought five paintings from the estate sale of the American impressionist Theodore Robinson.

The Cones' collecting began in earnest a few years later in Europe, where the sisters were able to travel regularly thanks to the stipend they received from their brothers, whose textile empire became a major supplier of denim and other materials to Levi Strauss & Co., and, during the First World War, to the U.S. armed forces.

In Paris, the Steins introduced the Cones to important art – and artists. On Oct. 18, 1905, they attended the Salon d'Automne, an alternative to the conservative official Salon. It was groundbreaking, but also controversial; that year, one critic famously compared the art to the work of wild beasts (fauves) – which led to the moniker Fauvism. The work was shocking and even Leo Stein called Matisse's Woman with a Hat "a thing brilliant and powerful but the nastiest smear of paint I had ever seen." A few days later, he bought it.

A few weeks later, Gertrude brought Etta to the rundown studio of Pablo Picasso, then virtually unknown, and Etta bought several drawings. More Picassos would follow, including a portrait of Claribel and – a surprise sent in the mail to Baltimore – a pen and ink self-portrait with the words "Bonjour Mlle. Cone" written across the top.

The following January, they met Matisse, and Etta bought two drawings and shortly thereafter her first Matisse oil painting: the Fauve-period work Yellow Pottery from Provence. By the end of that year-and-a-half stay in Paris, Etta had acquired 28 works.

"I think once they sort of got hooked, a lot of the appeal was because they became friends with many of the artists, particularly with Matisse and to a lesser extent with Picasso," Rothkopf says. "And I think the other thing that really hooked them was that these were souvenirs from time spent abroad. Most of the collection was put together with works bought out of the country. ... I think it was sort of part of being in a place that was more fun and more exciting and more thrilling than life back in Baltimore."

While the relationship ultimately waned, Stein was an important friend and, for Claribel, perhaps more (a diary entry hints at possible intimacy). Etta typed the manuscript for Stein's Three Lives, and Stein wrote about the sisters in a word portrait, Two Women: "There were two of them, they were sisters, they were large women, they were rich, they were very different one from the other one."

(Incidentally, the exhibition The Steins Collect: Matisse, Picasso, and the Parisian Avant-Garde is currently installed at the Metropolitan Museum of Art in New York.)

The art hung in their adjacent apartments in Baltimore. Claribel had amassed such a huge collection that she ultimately moved to a different apartment on another floor. Her art stayed – even after her death.

Claribel collected to the end, literally. She purchased her last painting – Gustave Courbet's The Shaded Stream at Le Puits-Noir – on September 20, 1929, the day she died.

The following year, Matisse, who was in Philadelphia doing work for the Barnes Foundation, travelled to Baltimore to offer his condolences to Etta, and stayed overnight in her guest room. In the apartments, he was confronted by the reality of the Cone collection and what it could mean for his artistic legacy.

"He was completely amazed by what they had been able to put together," Rothkopf says. "Up to that point, I think up he thought they were important collectors, there's no question. But after he saw what they had done, I think he really realized that if he played his cards right, he could have a major presence in a major east coast museum."

Matisse then began making work with Etta Cone in mind: aware of the collection's public destiny.

As he created Large Reclining Nude over a six-month period, he photographed its progress, mailing 22 pictures to Etta documenting its various stages. She ultimately bought the work, hanging it in Claribel's apartment across from the tremendous Blue Nude, which had formerly been in Leo Stein's collection.

Matisse was right to bet on the Cones: When Etta died in 1949, she bequeathed her collection (which included Claribel's art) to the Baltimore Museum of Art, along with $400,000 to build a Cone Wing.

Rothkopf believes the Cone sisters were more than simply wealthy patrons for Matisse.

"It wasn't just a financial thing," Rothkopf says. "Particularly after having seen what she put together in 1930, he wanted her to have some of his best things and really there's some beautiful letters back and forth between them that are really quite illuminating. They were both very good for each other. He didn't take commissions, she didn't do commissions. ... He would make things that I think he knew that she would love."

Collecting Matisse and Modern Masters: The Cone Sisters of Baltimore is at the Vancouver Art Gallery May 26 to Sept. 30.

The collision: Fred Herzog, the Holocaust and me
May 5, 2012 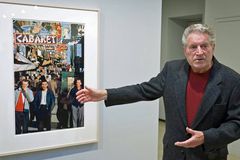 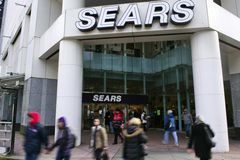 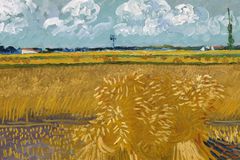