Of all the Catherine Deneuve stories, perhaps the strangest is that she was never hell-bent on an acting career. "Yes, that's true," she says during a visit to Montreal, where she accepted the Grand prix special des Amériques at the World Film Festival.

"My sister was an actress, and she suggested to some producers that I'd be good for a role they'd yet to fill. Even after that, I wasn't sure I'd go on being an actress. I was still in school."

But then Deneuve met director Jacques Demy, who cast her in his 1964 film The Umbrellas of Cherbourg, an all-singing musical film which won hearts due in part to the fact that it was so unusual. "After I met Jacques Demy, I knew I'd be an actress," says Deneuve, 67, who's rocking a simple cotton floral dress.

The award caps another busy year for Deneuve. She stars in the World Film Fest's closing film, Thierry Klifa's Les yeux de sa mère, about a famous broadcaster sought out by an overzealous journalist. The film Beloved, a musical about a mother-daughter relationship, in which she co-stars with her daughter Chiara Mastroianni will get the gala treatment at the Toronto International Film Festival on Sept. 11 (it also screened at Cannes, under the French title Les bien-aimés). And she has a small role in the forthcoming Astérix & Obélix: On Her Majesty's Secret Service, as the Queen of England.

Deneuve agrees that for some beautiful actresses, the struggle to be taken seriously is an epic one. For her, key parts in three pivotal works of sixties cinema meant she was seen as a force to be reckoned with from her 20s. After Umbrellas came Repulsion (1965), a surreal film in which she worked with a then-largely-unknown director, Roman Polanski. The film earned her further praise, and then she made Bunuel's Belle de Jour (1967), in which she played a bored prostitute.

"It was great luck for me to have these roles at such a young age," she recalls, lighting a cigarette (we're in a private room at the Hyatt so she can indulge her habit). "I was 18 when I met Jacques Demy. I think it's important to have experiences like this at such a young time in your life. Then you have more opportunity to be critical about what you do, and to have better choices. It never happens too young. It's better that way – life is short, you know?"

Deneuve's career has remained interesting, precisely because those primal roles allowed her to carry on under one basic rule: Never repeat yourself. "Well, I should at least have the impression I've never done it before," she corrects. "Risks are part of an actor's job."

Indeed, Deneuve's CV is full of strange, wonderful risks. She worked with François Truffaut, most famously on The Last Metro (1980), his film about the French resistance during the Second World War. She appeared in Tony Scott's The Hunger (1983), a vampire flick in which she had a groundbreaking, explicit love scene with Susan Sarandon that lasted for eight minutes, earning her an entire generation of diehard lesbian fans.

And in 2000, she appeared in Lars von Trier's musical about the death penalty, Dancer in the Dark. "I survived," she says of making the film, which became notorious for its conflicts between von Trier and the film's star, Bjork. "Bjork didn't survive as well as I did. The result was wonderful, but she suffered."

Deneuve has never been a passive participant in filmmaking. She is famous for attending the daily screenings of rushes (the day's footage), a rarity for actors. "It's about curiosity. I know a lot of actors don't like to see themselves on screen. To me, it's very useful. I can see them and not be too tormented by the result. When we were doing The Last Metro, Truffaut would see them at the end of each week. I would go every night. It helped me, but it's not something that works for everybody."

It's not surprising that Deneuve caught the eye of Hitchcock, who apparently considered adding her to his entourage of beautiful blonde actresses. It was Truffaut who facilitated a meeting between Deneuve and Hitchcock, in 1970. "We were considering a project together. We wanted to do something in Europe. At that point, though, it was just a treatment. It was not meant to be. Sadly, he died before we could get to it."

When asked about directors and actors she appreciates today, Deneuve says she holds special admiration for a couple of Canadians. "I think Cronenberg is a very interesting director. A History of Violence was incredible. I love Sarah Polley. She must have been so proud to have been at the Oscars with Julie Christie [for Away from Her] which was such a great performance. I love Polley's acting, too – she's wonderful. Very expressive, very touching."

Finally, Deneuve reflects on being considered an icon in her native France. "When you're an actor in France it's not the same as in America. You don't have to have a bodyguard. Yes, the cinema is important to the people, but it's not quite a religion. Sometimes the press refer to you as a goddess, or they use certain words to describe you. It really is best if you don't believe your own press." 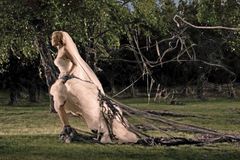 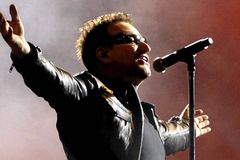