It seems that Asma al-Assad, wife of the Syrian President Bashar, found an effective way to preoccupy herself during the bloody bombardment of Homs: She went online shopping. So, while the United Nations was compiling reports that Syrian children had been raped, tortured and murdered by security forces, Ms. al-Assad, the British-born former banker, was deciding whether she wanted a pair of crystal-encrusted Louboutin sneakers ($2,100), or the spike-toed stilettos for $1,400.

Maybe Bashar leaned over her shoulder and said, "Get both, darling. It's not like anyone's vetting my expense account." Then he toddled off to his computer to buy a Harry Potter film, a Cliff Richard tribute CD and some songs by Right Said Fred. (You will remember them for being too sexy for their shirts.) Nothing relieves tension at the end of a long day of atrocities like a bit of easy listening.

The Assads' exuberance for online consumption is contained in a cache of 3,000 e-mails hijacked by Syrian opposition activists and released by the Guardian newspaper this week. The Syrian government, of course, claim the e-mails are a hoax, and when you look at them it's tempting to agree, because they read like Shopaholic Goes to Damascus and Loses Her Marbles. Who buys a fondue pot or a $10,000 marble-topped table when, nearby, her country's doctors and nurses are being beaten and jailed for treating wounded neighbours?

Oh, that's right. Dictators and their families, that's who. I'd almost forgotten Saddam Hussein's multiple palaces and gold bathroom faucets, and his taste for art of the Frank Frazetta school, where bosomy chained wenches cower before dragons.

It's the kleptocrat's family members who are truly embarrassing: Annoyed at his son Uday (who had perhaps been clumsy with the red-hot pincers) Saddam set fire to Uday's fleet of 100 sports cars. And, as the Financial Times reported this week, only Moammar Gadhafi's death prevented his son Hannibal from realizing his dream of a launching a cruise ship where six sharks swam in a tank, against a tasteful backdrop of gilt mirrors and marble pillars. I ask you: Just how many extra pairs of underwear would you have to pack to embark on Hannibal Gadhafi's cruise of many sharks?

In the end, though, it's the women who get the blame: Dictators' wives form a sort of First Witches Club, with Mercedes in place of brooms. When it's too dangerous to criticize the men in power, they become the target for an entire population's loathing. Ms. al-Assad, with her preoccupation with Harrods sales and gaudy candelabras, now forms an unholy Arab Spring trio with Leila Ben Ali, the despised first lady of Tunisia, said to have fled the country with millions in gold bricks, and Suzanne Mubarak, the well-manicured hand up the back of the Hosni puppet.

You have to wonder what provokes the intensity of the loathing, and ask if it's not in proportion to the betrayal their people felt. Their strongman husbands might be brutal to their own citizens, but the wives, perhaps, were expected to be a softening influence – a buffer between the tyrant and his targets.

It's amazing how often dictators' wives style themselves as the mother of their people, thus worsening the betrayal when they turn out to be more Joan Crawford than Ma Walton. The late, unlamented Elena Ceausescu was "the best mother of Romania" and "mother of the fatherland," even as she was forcing the country into penury while racking up a closet of fur coats. (Her coats and hats were sent to a Romanian leper hospital after her execution, which should have been a useful illustration for future First Witches.)

Imelda Marcos, whose helium voice was meant to distract from her cash-register eyes, called herself "mother and first lady of the Philippines." In fact, a painting titled Motherland was unveiled in the Philippines last year, with a glamorous young Imelda collecting the halt and the lame to her, like the lovechild of Joan Collins and St. Francis of Assisi. It's easy to laugh at Imelda, of course, and to be fascinated. (David Byrne and Norman Cook are creating an opera about her.) It's harder to remember that she and her husband used the Philippines as their personal piggy bank.

Asma al-Assad was supposed to be a mother to her people, too: a hot yummy mummy, but still. She championed a children's charity that was meant to teach young Syrians civic engagement. (I could barely believe it either.) But that was before the uprising in Homs – her father's hometown, incidentally. After that she seems to have cocooned herself in online retail therapy. Because in cyber space, you can't hear anyone scream. 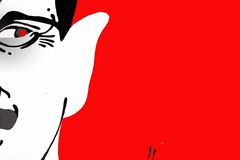 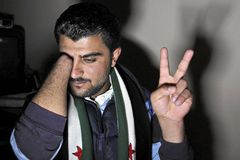 Voice from inside Syria: World powers are the only hope for resolution
February 13, 2012 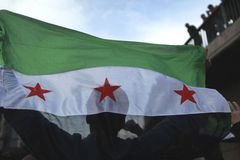 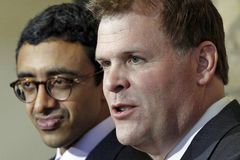