Donna Summer was a German artist. This might be an odd thing to hear: Here's a woman who was born in Boston and sang in a gospel/R&B style her whole life. But her most famous music – particularly her genre-changing, nightclub-changing disco anthems, and of those, I Feel Love above all – is archetypally German, German music of a phenomenally original and influential period, the period of Kraftwerk and Tangerine Dream, a defiantly anti-hippie, intellectual moment in music that the British press disparagingly dubbed krautrock.

Don't believe me? Ladonna Adrian Gaines, who died last week at 63, only became Donna Summer after she moved to Germany in the late 1960s and married an Austrian called Helmuth Sommer. She anglicized his name for her stage name. She spoke fluent German and acted in German musical theatre; she was even briefly a member of the Vienna opera company, the Volksoper. It was in Germany that she met Giorgio Moroder, who had been part of the Berlin music scene since the mid-sixties. The instrumental music in Love to Love You Baby and I Feel Love was all Moroder's.

And what strange music it was. I Feel Love: Three notes, just three notes, fast, insistent, unvaried, aside from one key change for the chorus, for six long minutes. That's not R&B. Certainly not gospel. It's the very definition of motorik, the word the German press used to describe the driving rhythm of early electronica there – music that was often improvised around one beat for long shaggy droning sessions. That was the beginning of a vision of dance music as all ostinato.

It was also the first of the many marriages of African-American and German musicians that were to spark a new paradigm – and happen beyond the coverage of the U.S. media. Techno was the spawn of just such a secret marriage: It emerged when a group of black guys in the motorik city of Detroit started expressing their nerdy interest in Kraftwerk in the music they made for discos. Most of us – unless we actually lived in Detroit or were connected to a very specific musical underground – were unaware of it happening at the time. The combination of a quavering gospel voice – usually owned by an African-American woman schooled since childhood in that tradition – and a grainy synthesized beat is still the staple of the stadium-filling dance music of Deadmau5 and David Guetta and Tiesto.

Love to Love You Baby is usually described as influential because of its pornographic moaning. But that wasn't what was revolutionary about that song: The key fact is that Moroder released it first as a five-minute single, then as a 17-minute 12-inch record, a lengthy instrumental not to be listened to but to be mixed. Ten years later, that would be called house music. And who else was recording very long non-songs in 1975? Well, most famously, Kraftwerk – the 22-minute version of Autobahn appeared in 1974.

The promise of disco itself – the promise of a holiday from reality inside a timeless womb of light and annihilating sound and beautiful people, people from movies wearing hardly anything, half naked really, just dancing, dancing without stop for days and nights – found its extreme development in the rave. There were fundamental differences between disco and rave: Disco was exclusive, rave was inclusive; disco was expensive, rave was DIY; disco was highly sexual, rave was androgynous. But the idea of altered reality through dancing was constant, as was the sci-fi futurism, and the effacement of actual musicians in favour of the crowd's self-absorption.

And the basic optimism. I Feel Love is a such a joyous song.

It's odd that disco is now thought of primarily as a gay phenomenon and a silly one. It was about sex – straight sex and gay sex, but statistically, surely, mostly straight sex, with fashionable strangers. I had no idea it was in any way gay when I was fantasizing over pictures – in my mother's Vogue magazines – of braless beauties in clingy dresses at New York discos in the 1970s. They didn't look silly then and still don't. They look unbelievably hot. (So does Donna Summer, in that silver lamé dress doing I Feel Love in an endless trance in countless YouTube mashups.) Of course the stoner metalheads at my high school called it gay, but they didn't mean homosexual, they meant, well, just "faggy" (which also didn't mean homosexual). They just intuited that it was riddled with European influences, and wasn't entirely white. 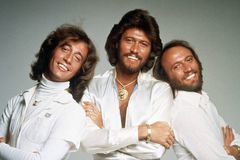 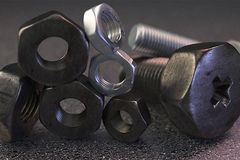