There's little chance that the National Ballet of Canada will stock copies of Elise Gravel's latest picture book, The Cranky Ballerina, in its gift shop. The cover of this gender-stereotype-thwarting story of a girl who hates, hates, hates to dance shows a tutu-clad Ada, arms crossed in obvious displeasure, proclaiming that "ballet stinks." Inside, when she arrives at her class, she declares that "arabesques are grotesque" before wiping out her fellow students while disastrously attempting a pirouette. The book ends – spoiler alert! – with Ada taking up karate.

The author sympathizes with her diminutive reluctant dancer; like Ada, when Gravel was young, her parents enrolled her in ballet lessons. She still seems traumatized by the experience.

"It was awful," Gravel says on the phone from Vancouver, where she was vacationing with her family on the eve of The Cranky Ballerina's publication. "I was 4, I think. The only thing we had to do was run gracefully and jump over the teacher's giant purse. I couldn't do it. I fell flat on my face and all the other kids laughed. I ran crying to my parents and said, 'I never want to do this again.' That was the end of ballet."

Instead of becoming a professional dancer, Gravel has become one of Quebec's most beloved picture-book authors, not to mention one of its most prolific. Since 2003, when her first book was released, the 39-year-old Gravel has published approximately 45 titles in her home province, winning the Governor-General's Literary Award for children's illustration in 2012, as well as a host of young (and not-so-young) fans.

"Elise is a rock star in Quebec," says Peggy Burns, publisher of Montreal's independent comics powerhouse Drawn & Quarterly, who first met Gravel at the Salon du livre de Montréal literary festival last year. "My daughter was dying to meet her and waited in a very long line to do so. If your child is willing to do this, you know the author is a big deal."

Gravel is increasingly a big deal outside Quebec, having published three books in English since March: I Want a Monster!, about a girl who wants a different sort of pet; The Toad, the seventh volume in her delightful Disgusting Critters series of non-fiction books, which introduce young readers to the grossest (and in Gravel's opinion, most fascinating) creatures in the world; and now, The Cranky Ballerina, which just arrived in bookstores.

"I started writing books in French and trying to sell the rights in English, and now it's the other way around," says Gravel, who wrote I Want A Monster! and The Cranky Ballerina in English before translating it back into her first language. "It seems like English publishers are discovering me and are getting excited about publishing my stuff."

"There's so many amazing, interesting things coming out of Quebec, especially in children's literature," says Tara Walker, publisher of Penguin Random House Canada Children's Publishing Group, which releases Gravel's work through its Tundra imprint. "But, often, they're not really suited to the English market."

Walker was the first English-language publisher to work with Gravel, having come across the Disgusting Critters series at (again) the Salon du livre a few years ago and quickly snapping up English-language rights to the entire series. "It was the best thing I'd seen all year," she says. "It just seemed so fresh and funny."

These short, cartoonish guidebooks celebrate creatures – lice, worms, rats – that otherwise get a bad rap from society. As a child growing up in Montreal, Gravel, the daughter of award-winning author François Gravel, says she had a soft spot for all things "unloved."

She adored bugs, for instance, and would turn over a rock just to see what creatures were squirming underneath. "I found them gorgeous," she says. "I didn't understand why people found these so gross. I still don't. I think I have empathy for creatures that nobody loves, or that are strange or weird or different. I want to share that with children, because I feel a lot of children are taught to hate bugs, or to hate weird or different creatures, by grown-ups. But they wouldn't if they were left to themselves. Who decided that a worm is gross? Why?

"I have a lot of other creatures I want to write about," she adds. "There are so many disgusting animals and I love them all. My daughters really want me to write one about boys."

Renaud Plante, her editor at the Quebec publishing house Editions Les 400 Coups, describes Gravel's work as a mix of "heart and absurdity. She likes monsters and weird little creatures, but also little imperfections that make a personality richer. Her books are irreverent and funny, but talk a lot about friendship and the desire to discover."

Jill Davis, executive editor at Katherine Tegen Books/HarperCollins, which published both I Want A Monster! and The Cranky Ballerina, says one of the things that makes Gravel's work stand out is that it's "so child-centered. It's as if she knows what a child's reality looks like."

(Gravel agrees with this assessment: "My sense of humour is very childish and absurd and I feel very immature when I write books," she says. "I'm writing for myself, and I'm a baby. I'm really a little, very excited child.")

Gravel was only in her mid-20s when she published her first book. After studying graphic design in school, and hoping to land some work as a commercial illustrator, she began working on her portfolio, which consisted solely of invented clients – "fake ads for very silly products," as she describes them. Thinking that this might make a fun picture book, she mailed her work to Editions Les 400 Coups, but never heard back. "After six months, I called them," she says. "They said, 'Oh yeah, we got that, but we forgot to answer. It's awfully funny. We want to publish it. Come over immediately.'"

Not long after, Le Catalogue des gaspilleurs – which roughly translates to "catalogue for the wasteful" – was in stores. "I got more offers from publishers right after that," Gravel says.

Those offers have never stopped coming. Looking just at her English-language releases, TOON Books, the avant-garde children's imprint started by New Yorker art director Françoise Mouly will put out The Great Antonio, a translation of her illustrated biography of the Quebec strongman, this fall, and Olga and the Smelly Thing from Nowhere will be published by HarperCollins next spring, around the same time Drawn & Quarterly plans to publish her artist sketchbook– which she shares regularly with her 56,000 Instagram followers – If Found Please Return to Elise Gravel.

"These days, most of the time I have four projects going on at the same time, at different stages," Gravel says. "I'm hyperactive." 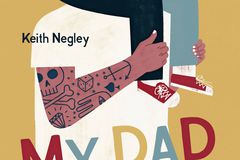 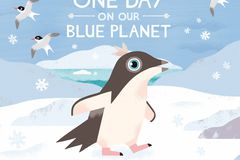