A professionally trained coloratura soprano, she delighted in defying expectations with operatic flair, no matter if she were performing on CBC Radio, holding an impromptu recital during a dinner party or stepping up onto the bimah, the podium in synagogues from which the Torah is read.

For her children, Mrs. Ghan Firestone, who was 90 when she died in Toronto on May 28 from complications following a car accident in April, was a role model as a working mother at at time when most women left the work force to raise their children.

She was a whirlwind who needed only a few hours of sleep each night before full days that included baking, sewing, soothing and singing everything from Puccini to gospel spirituals and Hebrew folk songs. She managed to make the leap in impossibly high heels from kitchen to synagogue look effortless, her family recalls.

"She was a human doing, not a human being," said Danny Firestone, the third of her four sons. "She never, ever stopped. Sometimes, it drove me crazy. I'd ask, 'Mom, can you relax?' But she couldn't."

Daughter Debbie Firestone recalls the first time she saw her mother sing in synagogue, drafted into the role after the regular cantor fell ill. A ripple ran through the congregation and the little girl heard an elderly man with a heavy Yiddish accent whisper to no one in particular, "Vhat's this? A voman as cantor? A voman? It can't be!"

But it could be – and it was. From the moment Mrs. Ghan Firestone made her debut in the mid-1950s at Toronto's Temple Beth-El, a synagogue that was open-minded enough to allow a woman onto the bimah, her determination, hard work and gorgeous voice made it all possible.

"Esther's essence was her music and she had an exceptional commitment to sharing music she found beautiful and inspirational with others," said Rabbi Eli Rubenstein, who worked alongside Mrs. Ghan Firestone for nearly 30 years at Toronto's Congregation Habonim, where she was cantor emeritus.

"She never had formal training because when she began, women were forbidden from studying to become cantors. But watching her sing was watching someone at the top of her game," he recalled.

In the beginning, her only knowledge of Hebrew was what she had managed to glean while listening in on her younger brother's bar mitzvah. But she translated every word of every prayer so she would understand what she was singing and perform it properly, with emphases on certain phrases and flourishes.

Even when fasting on Yom Kippur, the Jewish Day of Atonement, Mrs. Ghan Firestone was able to stand before the congregation for hours on end, never missing a beat or a word. "Esther was the iron man – or iron woman – of the High Holidays," Mr. Rubenstein said. "There is going to be that terrible moment when people walk into synagogue for the holidays this year and realize things have changed. She touched hundreds of thousands of lives."

Esther Cohen was born in Winnipeg on April 9, 1925, the first of Jacob and Rachel Cohen's two children. Her father was born in Winnipeg, the son of a man everybody called "Columbus" Cohen because he was one of the city's first Jewish immigrants. Her mother, whose maiden name was Ghan, had fled to Canada from the pogroms in Ukraine, where she had been assaulted and imprisoned and was so poor, she had to wrap her feet in rags.

The couple ran a small grocery store in Winnipeg's south end, far from the burgeoning Jewish community on the north side. From the get-go, baby Esther showed a love of music: At only four months old, whenever she heard a Yiddish song called Eli, Eli, tears would run down her cheeks. In school, she and her brother Morry, who was also musical, were the only Jewish children, but they were both invariably picked to star in the Christmas pageants.

At first, young Esther concentrated on piano, but she changed course when she auditioned for a singing role in a local production and won the part. Soon she was in demand as a singer, and when a noted vocal teacher from Toronto offered to train her, she moved in 1944. She lived with her maternal uncle, Sherman Ghan, and established herself.

Her uncle, a successful violinist, suggested she adopt the stage name of Esther Ghan; he thought it would be better for her career. So Esther Ghan she became and, later, Esther Ghan Firestone.

Her first recital in Toronto was in 1950 at what was then known Eaton Auditorium, with her uncle accompanying her on violin. She would go on to sing on CBC Radio's Canadian Cavalcade from 1949 to 1951, and on its Stardust program between 1957 and 1960.

In 1951, she made her operatic debut with the CBC Opera, playing Musetta in Puccini's La Bohème; she also performed with the Toronto Symphony Orchestra and the Buffalo Philharmonic, and in concerts at the CNE Bandshell.

She was a member of Kol Nashim (Hebrew for "All Women"), a sextet of female lay cantors founded in 1987. And she was a mentor, choirmaster and arranger of music, most notably of an Israeli-Canadian peace song, Lay Down Your Arms, which was written in 1973 in the aftermath of the Yom Kippur war.

In the late 1940s, she was singing at a lodge in Muskoka, Ont., when she met the master of ceremonies for the event. Paul Firestone was a former flight trainer for the Royal Canadian Air Force and an aspiring actor/entrepreneur who decided he was going to marry the petite woman with the big voice.

They married in 1950 and, over the next 15 years, had six children: Debbie, Shawn, Jay, Danny, Ari and Hillary. She became the den mother to all their friends, giving them the run of her home without a second thought.

Mrs. Ghan Firestone missed only one day of work in her life, after her youngest child, Hillary, died of ovarian cancer in 2009. She cried every day in remembrance of her beloved daughter and said that the old adage about it getting better with time was not true. She thought of how much Hillary was missing, and told her family it wasn't right for a parent to outlive a child.

A broken-hearted Paul Firestone died soon after his daughter. Mrs. Ghan Firestone remained in their five-bedroom home until the end of her life; although her family urged her to move to a smaller residence, she wanted a condo that could hold her piano and all her furniture.

"Mom had a hard time accepting limitations, and she was a perfectionist," said her son, Danny Firestone. "It made for a stressful life. No matter how wonderful something was, she saw only the gap between its beauty and perfection."

She never walked by a mirror without grimacing, hated having photographs taken and was secretive about her age, even with her closest friends.

Earlier this year, for example, Debbie Firestone took her mother and her best friend to see Angela Lansbury perform in the Noel Coward play, Blithe Spirit. When Mrs. Ghan Firestone remarked how wonderful it was that Ms. Lansbury was still performing at her advanced age, her daughter replied: "But Mom, she's the same age as you!" Her mother realized her gaffe only when her friend, who had no idea of her age, gasped in shock.

But maybe it was her constant striving for perfection – the search for effortless beauty and the drive to share what she had found – that allowed her to break barriers in an era when most women hewed to more traditional social roles.

Along with her five children, Mrs. Ghan Firestone leaves 11 grandchildren and a community upon which she left an indelible mark.

In an interview with Paul Soles on the CBC Television public affairs program Take 30, she spoke about her performance anxiety and described the role of a cantor as someone who "calls upon the congregation to commune with God.

"Strangely enough, on the pulpit, I am completely relaxed," she continued. "It's as if I've found my place. I'm home." 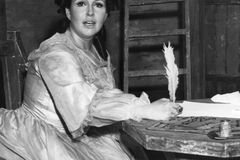 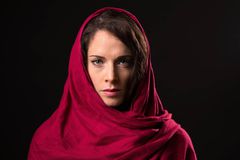 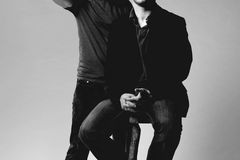