The movie 127 Hours is based on a real-life freak accident that befell adventurer Aron Ralston. In 2003, the then-27-year-old, out on a solo hike, got trapped in a Utah slot canyon when a boulder fell and pinned his right arm to a wall of rock. After five days, delirious and dehydrated, Ralston amputated his lower right arm, like an animal in a leg-hold trap chewing through its limb.

A year later, he published a best-selling book about his ordeal ( Between a Rock and a Hard Place) and did the talk-show circuit. I saw him speak and present a slideshow at the 2004 Banff Mountain Film Festival, where he was already known as part of the climbing fraternity. Neither exactly inspirational nor cautionary, his story fell into the astonishing-but-true category of adventurers' near-death experiences.

There's an undercurrent of terror in 127 Hours, but it's not, ultimately, about the fear of being trapped under a rock or DIY surgery. All the characteristics of the movie - the swooping camera over the surreal terrain of the Utah desert, A.R. Rahman's burbling percussive score, the flashbacks, the hallucinations, the fantasies - are demonstrations of director Danny Boyle's fear of boring his audience.

Presented with the story's minimal Sisyphean elements (man, rock, time), Boyle goes to extreme lengths to make his film exciting: triple-screen images of a stadium full of people, the bulls running at Pamplona, a swimmer breaking through the water.

Then there's a stimulating prelude to the main event when Ralston (played with slacker charm and wonky rhythms by the endearing James Franco) invites a couple of young women, Kristi (Kate Mara) and Megan (Amber Tamblyn) to take a shortcut, terrifying and thrilling them in the process. The dramatic point seems to be that Aron is an adrenaline junkie in need of a life-changing experience to awaken his empathy gland. Count on Boyle and co-screenwriter Simon Beaufoy ( Slumdog Millionaire, The Full Monty) to find an opportunity for reform and redemption, even from an encounter with a rock.

Once the movie gets, well, not exactly rolling, Beaufoy and Boyle are even more desperate to distract us from Aron's limitations. There are false escapes and imagined visits from Scooby-Doo and a compatriot of Butch Cassidy's, and a bedroom flashback to the girl (Clemence Poesy) Aron was too independent to love. Later, when his water supply runs out, Boyle provides us with a urine-cam (following his descents into toilets in Slumdog Millionaire and Trainspotting) as we enter the yellow bubbling tube leading from Aron's canteen.

At its best, 127 Hours is a relationship between Franco and his video camera. Starved skinny, looking humbled and wasted, the actor presses close to the camera, as if begging us to reach through the screen and help him (though the pimple inside his nostril is probably as disturbing as the surgery). His world is shrinking but the camera still can't calm down.

When the tease can't be justified any longer, when the blade meets the gristle, it's almost a relief. Even here, Boyle can't be straightforward. For aspiring orthopaedists in the audience, Boyle offers an X-ray view of the sweet spot where the ulna and radius bones of the lower arm connect to the humerus. (Humerus? I thought I'd die.)

Shiver-making moments aside, in a important way 127 Hours suffers from the filmmaker's lack of nerve, a reluctance to let the audience taste Ralston's dread and the expectation of a slow, absurd death.

There was a startling detail in Ralston's recent interview with The Globe. He said he was smiling as he cut through his arm because he was contemplating his imminent freedom. I wish Boyle had the nerve to show that moment.

The Wattage Meter: How bright are these stars shining? Gallery
April 28, 2018 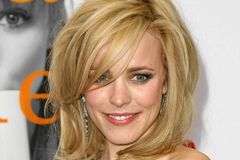 In 127 hours, a scene that cuts to the bone - and beyond
April 28, 2018
Follow Liam Lacey on Twitter @liamlacey
Report an error Editorial code of conduct
Due to technical reasons, we have temporarily removed commenting from our articles. We hope to have this fixed soon. Thank you for your patience. If you are looking to give feedback on our new site, please send it along to feedback@globeandmail.com. If you want to write a letter to the editor, please forward to letters@globeandmail.com.
Comments