The arrival of the 20th edition of Hot Docs presses the point: Any way you splice it, the movies begin with documentary. Whether it's Eadweard Muybridge's sequential photographs of a running horse (1878), the two-second original home movie Roundhay Garden Scene (1888), or the Edison camera test Monkeyshines, No. 1 (circa 1889), the first moving images record things as they are. So, for argument's sake, let's start this highly selective survey of non-fiction film's 15 key titles with one of the very first projected to an audience:

Workers Leaving the Lumière Factory (1895): The first of the 10 46-second shorts projected to a paying audience of 33 people by the brothers Lumière on Dec. 28, 1895, was this, a sequence of workers leaving the brothers' photographic factory in Paris. Real people doing real things in real time, and cinema's ground zero.

Nanook of the North (1922): A sensation when it was released in 1922, Robert Flaherty's trailblazing Nanook of the North also predated the term "documentary." Flaherty was simply assembling a narrative out of materials gathered in his observation (and manipulation) of a vanishing Inuit way of life, but the result mesmerized audiences around the world with its reconstruction of a rarely glimpsed "reality."

Man With a Movie Camera (1929): Among the very first movie-movies was Dziga Vertov's kinetically intoxicating hymn to the transformative powers in cinematic technology, a feature exercise in creative lensmanship that at once used the raw material of Soviet daily urban life and remade it into something transcendently different. Do the movies manipulate the reality they observe? You bet they do: Just watch.

Triumph of the Will (1935): Leni Riefenstahl's bravura document of the 1934 Nazi Party Congress at Nuremberg remains one of the most contentious films of all time and an enduringly pertinent watermark in the cinema of propaganda. Commissioned and supervised by Adolf Hitler, and painstakingly orchestrated for maximum persuasive effect, Triumph of the Will remains a textbook in manipulative technique.

Night and Fog (1955): A decade after the Nazi concentration camps were liberated before a stunned world, Alain Resnais returned to the sites of the mass horrors to contrast the harrowing archival footage with the indifferent stillness of the aftermath. Still as powerful as documentary filmmaking gets, and a profoundly implicating one. Of course it could happen again.

The Back-Breaking Leaf (1959): The National Film Board of Canada's "Candid Eye" unit was one of the earliest and most effective adaptors of the new portable 16mm technology that emerged in the fifties, resulting in a mode of non-intrusive observation that was revelatory. There are many of these films to choose from, but Terence Macartney-Filgate's stark account of the life of tobacco workers ranks among the very best.

Lonely Boy (1962): Paul Anka, Ottawa's contribution to the pre-Beatle teen-idol machinery of the post-Elvis period, is here seen on tour, in performance and in full groom. Although it never makes the point explicitly, this hugely influential documentary remains a potently ironic indictment of celebrity, consumerism and the whimsy of popular sensation.

Primary (1960): In which the still-fresh portable cinematic technology is first taken on the road with the American political process, resulting in a movie that's at once a fascinating up-close-and-personal profile of JFK – the first fully ready-for-prime-time U.S. politician – a revealing behind-the-scenes document of the shadowy electoral machinery, and the harbinger of a new era in political documentary.

The Up Series: Every seven years since 1964, filmmaker Michael Apted has revisited a group of British citizens who were first recorded at age seven. The result (now eight films and counting) is not only a revealing account of the role played by class and culture in shaping life trajectories, but a mesmerizing, time-lapse document of the human aging process.

A Married Couple (1969): For several weeks in 1967, filmmaker Allan King parked his crew in the home of an upper-middle-class, vaguely bohemian Toronto couple, and recorded just about everything as the marriage came apart. A pioneering exercise in the so-called domestic "reality" documentary, and a perennial talking point in the camera-creates-its-own-reality debate.

Don't Look Back (1967): Bob Dylan on tour in England, 1965. He's arrogant, brilliant, insufferable, charismatic, petulant and generally more nakedly himself than he'd ever be in public again. A milestone in the verité musical documentary, and a seminal portrait of the artist as a young dick.

Hearts and Minds (1974): By 1974, everybody was pretty much convinced the war in Vietnam was an ill-advised epic fiasco, but it had never been quite so powerfully condensed and potently reiterated as it was in Peter Davis's Academy Award-winning documentary. Most powerful, of course, was the filmmaker's tactical distance from the material, allowing the war, the politicians and the military brass to simply play themselves. It was damnation enough.

Shoah (1985): By 1985, the Holocaust had already been the subject of scores of films, but never quite like this. Exhaustively researched, formidably persuasive and more than 10 hours in length, Claude Lanzmann's account of the workings of the Nazi death camps in Poland vividly demonstrated just how extensive culpability in the horror was.

The Thin Blue Line (1988): Errol Morris's chilling investigation of a murder not committed by the man charged with it ultimately led to a pardon, but its legacy was not exclusively legal: With its innovative use of evidentiary argument, dramatic re-enactment, direct-to-camera interviews and music, the movie influenced a subsequent generation of documentary filmmakers.

Fahrenheit 9/11 (2004): Like him or hate him, trust or doubt him, Michael Moore is the most successful household-name American documentary filmmaker in the medium's history, and arguably one of the most prominent voices of liberal dissent during the post 9/11 lockdown on talking back to power. While his techniques have been widely questioned, attacked and ruthlessly scrutinized, his popular-cultural impact is beyond question. Thanks to him, the documentary entered the new century with a tank full of gas. 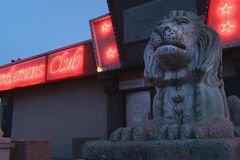 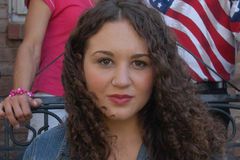 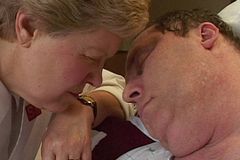