You might want to start a movie about North America's most successful documentary festival with a bit of fiction. Let's call the movie Truth Be Told: The Hot Docs Story and begin with a dream sequence: Late at night, festival executive director Chris McDonald arrives at a huge downtown movie theatre with a guest filmmaker just off a long flight from Santiago, and when they walk beneath the huge Hot Docs Tonight! marquee into the auditorium, nobody is there. McDonald's scream fills the empty hall, then he wakes up.

But it's 2013, and there aren't any empty theatres any more.

On the day before his event begins, McDonald is going over some of the numbers pertinent to the 20th edition of Hot Docs, an event that has mushroomed into one of Toronto's key annual cultural happenings. There will be 205 films screened over 10 days. Nearly 50 of those have never been shown anywhere before, and the remaining titles are Toronto premieres. There will be nearly 450 separate screenings, providing the estimated 175,000 attendees multiple opportunities to see what they want. Approximately 2,500 titles were submitted to the festival's programming committee this year, an increase of about 300 submissions over last year. There will be about 2,000 delegates attending Hot Docs – an event that balances industrial and popular appeal with rare dexterity – from more than 50 countries.

When asked to account for Hot Docs' steadily growing success, especially in a city with more film festivals than bike lanes, McDonald laughs. "Well, fear is a great motivator."

When he was first hired as executive director in 1998 (his previous gig was development director at the Canadian Film Centre), the event was five years old and specializing itself nearly out of existence.

"It was mainly a conference and an awards show for Canadian documentaries," McDonald says. "It took place in a hotel, there were very few public screenings, very few international guests or international films. So the board of directors made three key decisions in 1998. One was to hire a full-time executive director, which the organization did not have, to make the event more publicly accessible and to include international content, international films."

Although he had worked at the CFC and studied film at McGill University, McDonald had no experience running a film festival. But this much was clear: Hot Docs had practically zip by way of public presence and appeal, and that had to change if the word "Hot" wasn't going to change to "Warm." "In the first couple of years, attendance was pretty thin," he says, "which scared the crap out of me, and we spent a long time trying to figure out how to get the public to pay attention to what we were doing."

McDonald knew that getting good, interesting movies was a no-brainer. But there was something else, especially in a city where attending a film festival was hardly a novelty.

"In addition to finding good, unique content," he continues, "we had to focus on the experience for the audience member, and to pay attention also to what everybody in our realm, all of our constituents, needed. So it wasn't just the film, which has to be good obviously, it has to be projected properly and the sound has to be decent. The staff have to be friendly and helpful. These are simple things, it seems, but it's essential that our audiences leave the film, or they leave their Hot Docs experience, wanting to recommend it to a family member or a friend, so we're slowly converting your single ticket buyer into a core audience member.

"That's been the key: delivering a positive experience people want to repeat and want to share."

Meanwhile, McDonald's team was moving away from the focus on Canadian documentaries programmed by thematic categories to international entries included simply because they seemed like films people might want to come and see. That was the theory. In reality, for the first few years, McDonald had more than one of those empty-venue nightmares.

The change, he says, came about 10 years ago, when a number of films went on from Hot Docs to "considerable acclaim." He cites The Lost Boys of Sudan, The Corporation, Waltz With Bashir, Up the Yangtze, as well as the recent How to Survive a Plague and Innocente, both nominated for Oscars (Innocente won).

"We also have funds for filmmakers," McDonald explains. "Like the Shaw Media Hot Docs Fund, which is a $4-million commitment over seven years that we distribute to Canadian filmmakers. Sarah Polley's Stories We Tell came through there and so did The World Before Her, Last Train Home, The Guantanamo Trap. All very successful, award-winning documentaries. … So we became more than just an exhibitor, it was a market as well as a conference and a festival."

"Digital had a huge impact," McDonald says. "It became cheaper and faster and easier to shoot, edit and exhibit films. There was this great democratization of the medium, which helped us, and it was easier to see films. So I was in the right place at the right time and the festival was in the right place at the right time because all of the sudden people from four corners of the world were making films. You didn't have to lug around a giant camera or edit on old Steinbeck. It was cheaper, faster and easier to make films. It didn't mean that they were better; there were just lots more of them to choose from." 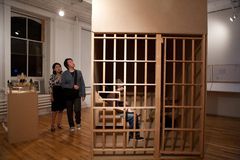 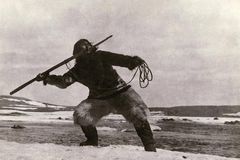 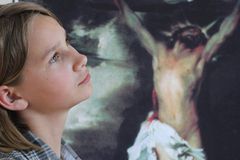