Imagine that you've been chasing an artistic dream for nearly 25 years; that you're weeks away from realizing it with the world premiere of your film.

It's a labour of love that started as a joke – a couple of lines of lyric scribbled down back in 1990 that evolved into a collection of songs and even the creation of a fake band around the idea – and now this, your first feature.

Now imagine that as you're nearing completion of the project, you're dragged from the editing room by an explosive scandal involving your very old friend and former band mate.

"I lost a week of productivity. I couldn't focus on anything else," says Murray Foster, who started his first band with Jian Ghomeshi when they were in Grade 7; the two were later part of the popular satirical band Moxy Fruvous. "I was too upset and too disturbed, too fixated. It was a very busy time in postproduction and I couldn't afford to miss a week. But I did."

Foster is telling the story of The Cocksure Lads Movie over breakfast in Whistler, B.C., where his film is having its world premiere Saturday at the Whistler Film Festival.

It's mostly a great story: the creation of a fake British Invasion-type band, and actual songs to go with it – a loving send-up.

It was in Moxy Fruvous's first year that Foster came up with those jokey lyrics ("When your best girl says she loves you; when your hair looks like it should"), leading to a years-long writing project with band mate Mike Ford.

"Eventually we had all these songs [and thought], 'Is there a band that plays these songs? Whose songs are these?' That became the Cocksure Lads." Satisfying their own curiosity about who the lads were, Foster and Ford developed a back story – their rise and fall in the 1960s through to the scandalous collapse of lead singer Dusty's political career in the 1990s.

By 2010 they had about 25 songs, but energy for the project was waning. "I realized that if we did nothing, it would just sort of float away," Foster says. "So I said let's go into the studio and record some of these songs, even if this CD just turns out to be a gravestone marking this amazing idea. We kind of owe it to the Cocksure Lads to record these songs; this 20-year love affair we've had with this fake band."

That recording – The Greatest Hits of the Cocksure Lads (1963-1968) – reinvigorated the project and sparked the idea for a feature film à la A Hard Day's Night.

The Cocksure Lads Movie – with four brilliantly cast actors you've never heard of as the lads and nary a fake accent in sight (they're all British or British-born) – was shot last spring. Set in the present day, it's the madcap story of the lads' North American debut in Toronto, which begins to go sideways from nearly the moment they lay eyes on the CN Tower.

As the film neared completion, Foster was sidelined by the Ghomeshi scandal. (Incidentally Ghomeshi is credited on two songs used in the film.)

"All I did for a week was sit at my laptop and read, like I think everyone else in Canada did; I was as engrossed as everyone else. And then that kind of lifted after about a week. But it was quite hard, for sure. I talked to people who were crying all the time – my friends, and my band mates," Foster says.

The fog has cleared and Foster is proud of his film. He's also working on turning the concept into a TV series.

As for Ghomeshi, Foster says he and the band were "stunned" and had "absolutely no inkling" prior to the allegations being made public.

"I still love Moxy Fruvous and I always will, but there is an element of this tinting the memories a little bit. And that's sad," Foster says. "But it was still a magical time for me and I think for the other guys as well."

The Cocksure Lads Movie has its world premiere at the Whistler Film Festival on Dec. 6 at 7 p.m.

From Corner Gas to Crouching Tiger and the Hollywood buzz in between
December 5, 2014 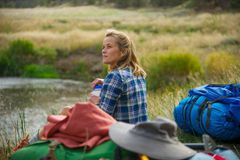 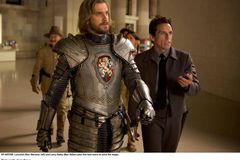