Carlos the Jackal hijacked the Cannes Film Festival for most of Wednesday, drawing press away from other screenings and events to what became the centrepiece of this year's festival – a five-and-a-half hour portrait of the notorious terrorist-mercenary by France's chameleonic director Olivier Assayas. Though the competition may be limited, it's hard to think of a movie so long that moves so fast.

The three-part film, which started at noon and ended shortly before 6 p.m. (there was a washroom break at 4 o'clock), left most of the crowd more energized than exhausted by a dramatically compelling, suspenseful and wildly colourful story. Centred by a performance by Edgar Ramirez (who gains weight, like Robert De Niro in Raging Bull, over the course of the film), it's the story of a notorious figure who embodies the journey of the left from the late sixties through the fall of the Berlin Wall.

Assayas sees film as more like Japanese painting than Western realism – that is, life caught on the fly, not through background details, and in moments of critical transition. The film as a whole is a huge narrative achievement: spare yet sprawling, in a half-dozen languages and ranging through Europe and the Middle East, authentic to period detail and music (including a strict rule of actors playing only their own nationalities). The opening on-screen text describes the film as a journalistic investigation which "must be considered as a fiction" because not all details have been verified.

The only recent comparison for what Assayas has managed here would be Steven Soderbergh's Che (in which Ramirez also appears). That film also played in its four-hour-plus entirety at Cannes in 2008. (That time they served sandwiches; this time, just bottled water.) Vanity is Carlos's greatest weakness. When an early girlfriend asks him if he wants to be like Che, Ilich Ramirez Sanchez (Carlos's real name) is dismissive: Who cared about over-throwing Latin American dictators when the international revolution was the goal?

The first part of the film, in which he signs up with the terrorist group the Popular Front for the Liberation of Palestine, is a whirlwind of audacious, if often inept, brutality: A prominently pro-Israel Marks & Spencer executive is wounded in an assassination attempt in London; the team shoots improvised rocket launchers at Orly Airport, hitting the wrong plane, and tosses a grenade into a crowded drugstore in Paris, killing and wounding civilians.

The culmination, and Carlos's most notorious act, is the 1975 attack at the OPEC conference in Vienna, where Carlos led a six-person team that killed three people and took more than 60 hostages. The second part of the film follows the flight of the terrorist team, with kidnapped OPEC delegates, by jet to Algiers. Carlos's failure to execute some of the delegates caused him to be expelled from the PFLP.

The film's final third follows the period after Carlos formed his own organization, turning into an international mercenary terrorist, in league with Moscow, Syria and Libya, finding safe harbour through refuges in Eastern Europe and throughout the Middle East. Finally, the story follows his decline, as he's cast out by one country after another, until his abduction in Sudan.

With the fall of the Berlin Wall in 1989, Carlos's Soviet backers have nothing to offer him, and Arab governments no longer feel comfortable providing him with safe haven. When he's kicked out of Syria, he boasts that George Bush and the CIA are personally after him until a disillusioned colleague brings him up to speed: The CIA views him as a former "wine bag" in Moscow's employ and now "a historical curiosity."

Some will argue, no doubt, that Carlos makes the terrorist too sexy, too charismatic. But Assayas's film progressively strips the glow off the legend without sacrificing compelling drama, and shows how his personal sociopathology meshed so completely with the delusions of the times.

Carlos, which shows on French television next month, will be released theatrically in Canada, probably this fall. 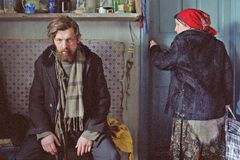 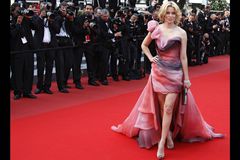