There is a moment in Yasujiro Ozu's Late Spring, a film about a young woman's decision to marry despite knowing it will leave her widowed father alone or (equally as hard to accept) looking to remarry, that ranks as one of the most affecting you'll find.

Naturally, as becoming this austere filmmaker – who was so famously precise he was able to tell producers exactly how long his movies would be before he made them – it's a quiet moment. Silent in fact, except for the Noh performance father and daughter are observing. Indeed, it's all in the face – Setsuko Hara's amazing face – as she sits beside her father and considers her decision.

Ozu holds the camera on a two-shot of Hara and Chishu Ryu as the young woman realizes that this is the kind of shared experience she'll no longer have, that this present will become mere memory once she is wed. She cries, so quietly that no one notices. But we feel her pain, as internal and imperceptible as it is all around her, as sharply as she. With barely a sound, a world is shifting.

Late Spring is one of six Ozu movies screening as part of the magisterial Japanese Divas program currently running at the TIFF Cinematheque (it screens March 9), and I isolate this moment as a way of indicating just how deceptive the program's title is. For while the classical Japanese cinema – and the program spans the pre- and postwar period from the mid-1930s to the mid-sixties – is hardly comparable in its estrogenic histrionics to the big-shouldered, gun-in-garter belt femme fatalism of contemporaneous Hollywood, it returns to the plight and status of women with even more formidably suggestive rigour.

Indeed, the fact that the program can contain both the virile hypermasculinity of Akira Kurosawa (whose seminal Rashomon recounts a rape from four equally unreliable points of view) and the tree-trunk stoicism of Ozu, is testament to the role played by women in an enduringly fascinating period of film history. Take the women out of classical Japanese cinema, and not even Toshiro Mifune – Kurosawa's leading man – is left with much to howl about.

Between the temperamental and aesthetic extremes of Ozu and Kurosawa are some of the Japanese cinema's most instrumental auteurs – Kenji Mizoguchi, Kon Ichikawa, Mikio Naruse, Hiroshi Teshigahara, Yasuzo Masumura – all of whom demonstrated a nuanced fascination with the role of gender in a society at once intensely codified, traditional, fractured and contradictory.

The bookends marked by these two filmmakers also set the parameters of period costume epic and intimate domestic drama. And the work of the directors in between marks the territory where history, mythology, politics, morality and postwar upheaval combine and combust. What so many of these movies depict is the falling away of masks and the flesh beneath – perhaps nowhere more instructively than with the figure of the geisha.

As a figure on whom to hang a whole society's shifting traditions and sense of order, the geisha is an obvious object of interest to these filmmakers because of the way she embodies both everything that is ordered, ancient and revered in Japanese society and all that is up for grabs in the abruptly westernized Coca-Cola economy. If anything, the cutthroat urgency for economic recovery in the postwar-occupied country stripped the geisha of her veneer of decorum and cultural legitimacy, leaving the prostitute encountered in Mizoguchi's Sisters of the Gion (March 14) and Street of Shame (March 21), which was actually instrumental in the changing of Japanese prostitution law, and Naruse's When a Woman Ascends the Stairs (March 24).

The geisha, the dutiful daughter, the struggling war widow, the kept mistress and the household-anchoring wife: These are the primary female archetypes of classical Japanese cinema, and like all archetypes they became so because their outward familiarity provided an exceptionally sturdy vessel for a vast range of concerns, interpretations and perspectives. But what it all came down to, and what both these essential filmmakers and their formidable divas – Setsuko Hara, Izusu Yamada, Hideko Takamine, Ayako Wakao et al. – understood is precisely how much of a world can be reflected in a tear. 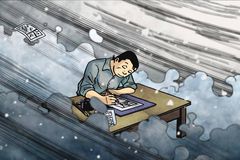 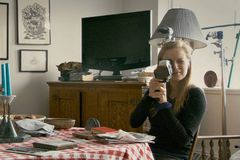