You can see for miles up here, on the sunny third-floor deck off Robert Lantos's office in Toronto's swanky Summerhill neighbourhood – there's a robin fluttering in the planted greenery a couple of metres away, and to the south an unobstructed view of the growing towers of midtown – but the truth is, Lantos would rather not be here.

He started the day at his cottage in Muskoka, and all he wanted to do was stay put. And yet.

"I came in because I had to," he says, a little gruffly. He has obligations to fulfill, including this encounter arranged to discuss his career as one of Canada's most successful independent film producers. On Saturday night, he and five others will each receive a Governor-General's Performing Arts Award at a National Arts Centre gala in Ottawa, his for Lifetime Achievement.

The gala will serve as a marker – not a capstone, he insists, for he currently has five films on the development slate of his Serendipity Point Films – of a career that has traced a path from censor-skirting rebel to black-tie establishment figure.

Though, of course, Lantos insists he is not the establishment, and the Budapest native will unfurl a long explanation of how, in the late-nineties, as the chairman and CEO of Alliance Communications Inc., he fled from that role because he didn't feel comfortable in the milieu. ("You know the establishment is in trouble if I'm a member of it," he quips.) And indeed, he still has a rebellious temperament as dependable as a gas flare; just give it some time, and it will erupt.

So, if this is a celebratory moment, Lantos can't help but bring some darkness to the proceedings.

"I don't want this to be a pessimistic [article], but film means much less than it did," he begins, lighting up a miniature Montecristo cigar.

When he was an undergrad at McGill, with every new film by, say, the directors Eric Rohmer or Ingmar Bergman or François Truffaut, "students – they could be in medicine, they could be in dentistry, the sciences, whatever – the film was so much a part of the conversation, that everyone went to see it. That's inconceivable today for a 21-, 22-year-old!"

Never mind European films: Lantos name-checks a long list of U.S. distributors that flourished during the heyday of independent cinema in the eighties and nineties, and now exist mainly as corporate shells.

Last year, Lantos watched as Egoyan's Holocaust revenge drama Remember pulled in only about $800,000 at the Canadian box office – about half what it might have earned here a decade ago.

By some measures, anglo Canadians are seeing fewer domestic films than ever. In 2013, Lantos and a who's who of the Canadian industry applied to start up a channel called Starlight that would have programmed 100-per-cent Canadian feature films. But the venture depended on securing so-called "mandatory carriage" from the Canadian Radio-television and Telecommunications Commission, and the broadcast regulator turned them down.

Lantos has only one regret from that episode: "I regret that the CRTC and its chairman are utterly blind to the cultural imperatives of what it takes to be a nation," he says. Then, to ensure he was understood, he adds: "The current chair. Deaf and blind. I regret that. But not our attempt to do something useful."

Paul Giamatti, who starred in the adaptation of Mordecai Richler's novel Barney's Version, says he sees Lantos more as an artist than a producer.

"I think of myself as a storyteller," Lantos says. He ducks inside for a moment, and emerges with a pair of black-and-white photographs, taken decades apart, set in a single silver frame: One shot is of Lantos as a boy, perhaps three or four years old, wearing short pants and a bright expression; in the other, he is on a film set, in untucked white shirt, jeans and full creative-producer mode. His stance in both is the same, arms outstretched and fingers splayed: a raconteur beguiling an audience. At the bottom of the frame, his daughter, the New York-based photographer Sabrina Lantos, has inscribed "Robert: Then & Now."

He hands me a piece of paper on which are written remarks he is planning to make during a Rideau Hall dinner on Friday. They tell a tale of his mother: Once a couturier with a thriving Budapest salon, her business was crushed, first by the Nazis and later by Stalin. Yet she kept sewing, and she would entertain young Robert while she worked, by reciting the great Hungarian poets – Sándor Petőfi, János Arany and Mihály Vörösmarty. In time, he took over the role: "I couldn't read, but I could memorize," he says in the remarks, and so his mother began showing him off to friends. That led to an appearance with the People's Kindergarten Theatre, where that photo was taken. "I was three years old and I discovered my true calling – telling stories." In conclusion, he will say: "My mother is 99. This award belongs to her."

He admits that, at age 67, he thinks about mortality. But mainly he mulls everything "that I have wanted to do with my life that I haven't done."

He would like to travel: Instead of going to Paris, a regular stop, he would head to Bhutan. "Write. Um, think. Meditate. Be healthy. Spend time – unrestricted time – with those I love, as opposed to [thinking], 'Ah, shit, I have an hour and a half to be somewhere.'" Today, after all, he came in from Muskoka. "What's left to do is not to have to come in. But that's sometimes in conflict with some of the other things I want to do. Like make the next movie."

International co-productions may be the future of Canadian film
May 26, 2016
Director Andrew Cividino navigates Canadian system to find success
April 7, 2016 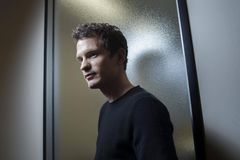 Film Review
Hevn: Thriller fails to stand out in revenge genre
May 27, 2016 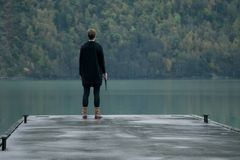