Today, Alfred Hitchcock's Psycho feels weighed down by all sorts of ancillary pop-culture baggage. There is the perplexing Gus Van Sant "shot-for-shot" remake. There is the sometimes decent, sometimes wan A&E series, Bates Motel. There are too many sequels to count (okay, only three and one spinoff, but tallying them up is its own unique form of pain). But when Hitchcock's film first appeared in 1960, it was a revelation, instantly changing not only the landscape of genre cinema, but modern movie-making itself.

That shock to the system can be centred on one single moment of big-screen terror: the infamous "shower scene." Now, to examine just how influential those few minutes were on the cultural landscape, arrives Alexandre O. Philippe's new documentary, 78/52 (so named for the number of camera shots and cuts, respectively, required to capture the onscreen killing). Ahead of the film's release on Friday, The Globe and Mail spoke with Philippe about Hitchcock's legacy and the film's lingering mysteries.

When were you first exposed to Psycho?

I was about five years old when exposed to Hitchcock, because he was always a part of the family, as it were. Every Sunday, we'd have a movie night with my parents and their friends. I don't have a first memory of watching Psycho, or something like Vertigo, though, because the films have always been around. I do distinctly remember watching these films over and over again from a young age. It's been in my blood to do this.

Blood is an interesting way to put it. But this is a scene that's been examined by academics and film fans for decades. What do you think your film could bring to the discussion that others hadn't already addressed?

It's the most written-about, most talked-about, most analyzed scene in the history of movies by a mile, yes. But I'm convinced it is also the scene we know the least about. It contains a number of mysteries and secrets that I still haven't uncovered. It will be a long endeavour. But beyond any of that, it was important for me to create a cinematic piece around the shower scene versus a book or a bunch of essays. I think it was high time for that scene to get that kind of treatment.

So what are those mysteries you still think are out there?

I discover new things about that scene every day, to be honest. I'm still interviewing people now. There might be a second movie about the scene down the road. Without getting into too much detail about it, because you can get very geeky about this, I'm finding clues that are leading me to believe that Marion (played by Janet Leigh) may have been pregnant when killed. It's very subtle stuff, but I think it would make sense. There's the theme of motherhood, which is obviously key. But also think about this character, who has a very safe life. Why would she want to steal $40,000 and see this married man? There is a motivation there that is interesting and shots that make me believe there is a connection. I don't want to bore you with this, but it's theory.

In that sense, have you seen Rodney Ascher's Room 237 (which examines conspiracy theories about Stanley Kubrick's The Shining)?

I still haven't. But I know about it, and it's interesting to look into the energy of a filmmaker, and their legacy, and find work that is still surprising you. That's what the greats do. There are a few, Hitchcock, Kubrick, Bergman. You can count them on one or two hands, the absolute geniuses of cinema.

What are your thoughts on the Gus Van Sant version?

It's interesting, and almost like an art project. I'm glad it exists. I've been making those comparisons and thinking about what works and what doesn't, and you have to look at (Van Sant's) film having all the technology that Hitchcock was dreaming of having at the time. But I think it tells you a lot about the magic of filmmaking. The reason you can't quite duplicate the shower scene is because what makes it work is the human mistakes, the flaws of the scene itself. The fact that Janet took a breath, so he had to cut back to the shower. The fact that he didn't have the cameras that could create the movement he would've liked. When you try to do it perfectly, it doesn't work the same way.

Do you think Hitchcock would have thrived in today's industry?

I think he was always several steps ahead of his time, always an innovator and thinking about ways to up the ante. I don't think he would've been intimidated by today's environment and he'd be making different films, but still doing things that are revolutionary. Psycho is the perfect expression of that. At 61 years of age, he had nothing left to prove, especially after making North by Northwest. But instead, he takes the biggest risk of his career. He kept pushing himself, reinventing himself and then delivered his greatest cinematic trick ever. 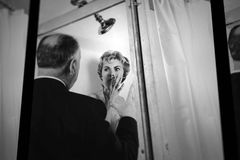 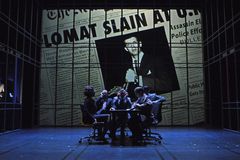 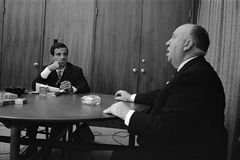