In 2014, the movies offer a bit of everything and a lot of one thing: escapism in big, familiar packages. That also means another Spider-Man and Captain America, more X-Men and Transformers, an additional Planet of the Apes, as well as remakes of RoboCop and Godzilla.

Sandwiched in-between are family, comedy and horror movies along with those increasingly endangered species: the human-scale drama,where the filmmaker's name is more important than the title. What follows is a list of what looks promising in 2014. Release dates are subject to change. 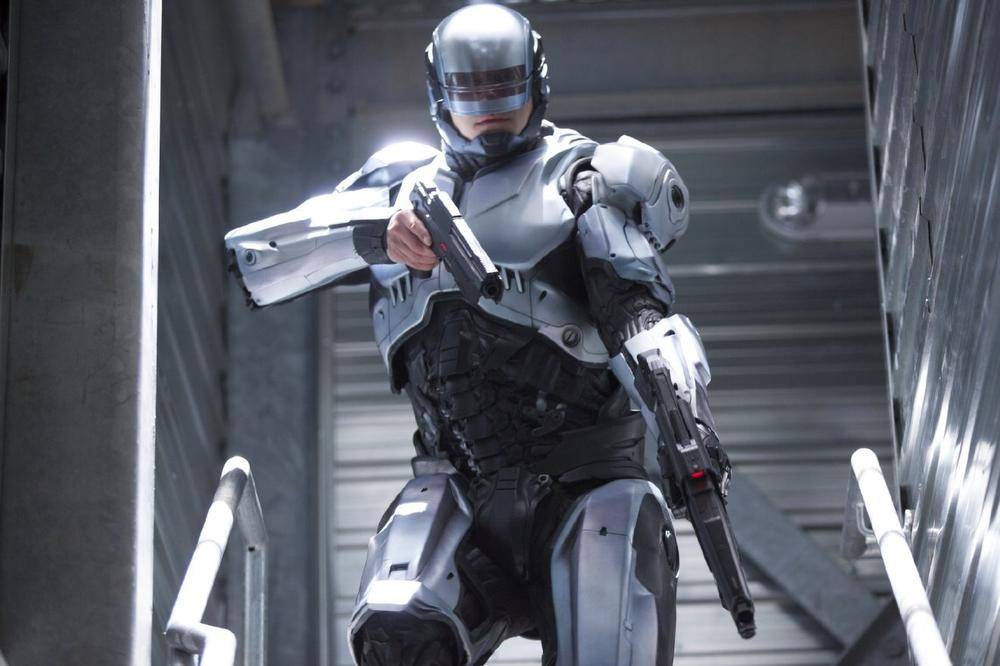 Based on a story idea by theoretical physicist Kip Thorne, Interstellar was originally linked to Steven Spielberg. The plot concerns a group of explorers who make use of a wormhole as a shortcut through time and space on an interstellar voyage. The cast includes Matthew McConaughey, Jessica Chastain, Anne Hathaway and Michael Caine.

The 1987 movie about a cop who is reborn as a law-enforcing cybercop, may have been ahead of its time. This remake, directed by Brazil’s Jose Padilha (Elite Squad), catches up to the era of drone strikes and a private military, with Swedish-American actor, Joel Kinnaman (TV’s The Killing) as the cyborg law-enforcer.

This directorial debut of cinematographer, Wally Pfister (The Dark Knight, Inception) stars Johnny Depp as a scientist who uploads his consciousness into a computer, creating a superbrain.

Doug Liman (The Bourne Identity) directs Tom Cruise as a solider fighting aliens who keeps repeating the last day of his life. You might think of it as Independence Groundhog Day.

Andy and Lana Wachowski (The Matrix) wrote and directed this interplanetary Snow White update: The Queen of the Universe is determined to get rid of a young Russian janitor (Mila Kunis) with Channing Tatum as the intergalactic assassin. 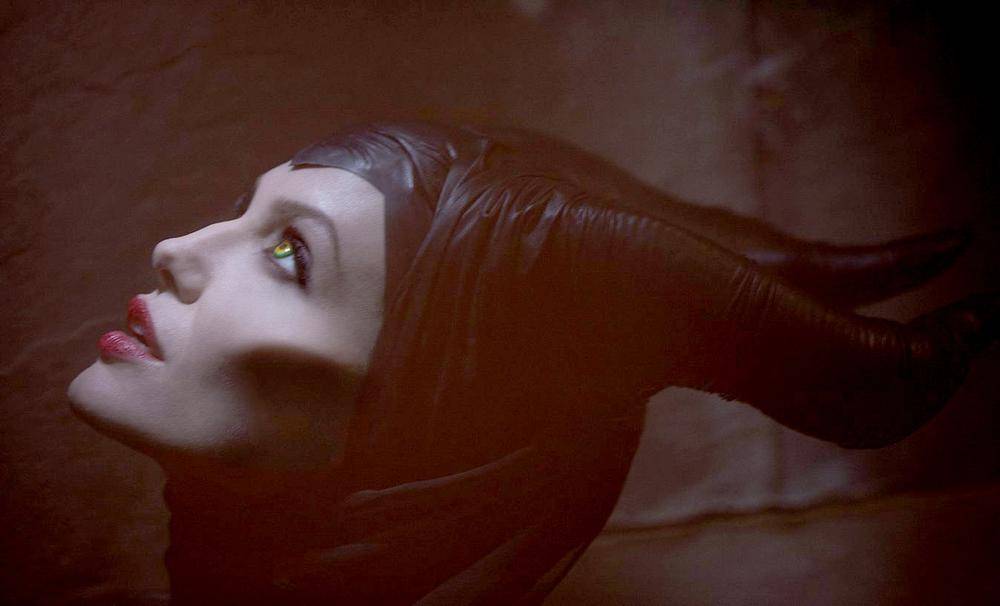 Who can’t connect to a story about Danish precision-engineered plastic construction toys? In this animated 3-D (of course) movie, a humble Lego mini-figure named Emmet (voiced by Chris Pratt) must stop the evil Lord Business (Will Ferrell) from gluing the Lego universe together.

Angelina Jolie stars as one of Disney’s best-known villainesses, the wicked fairy godmother in Sleeping Beauty (1959) who offers her perspective on Princess Aurora (Elle Fanning) and her big sleep.

This “reimagining” of the 1977 musical set in contemporary New York stars Quvenzhané Wallis (Beasts of the Southern Wild) as the plucky orphan girl, with new songs by Jay Z.

Rob Marshall (Chicago) directs this adaptation of the James Lapine/Stephen Sondheim eighties musical, set in a world of Grimm’s fairy tales, about a childless couple who try to end a curse put on them by a vengeful witch. With Meryl Streep as the witch, Johnny Depp as the Big Bad Wolf, Anna Kendrick as Cinderella. 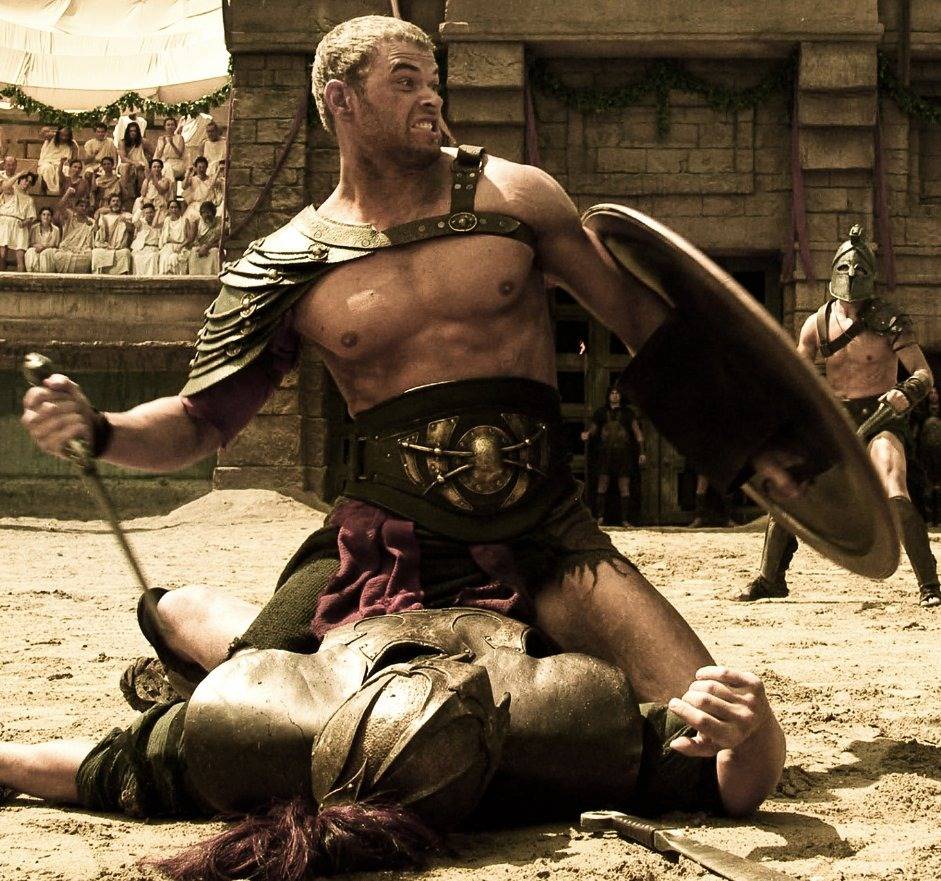 Darren Aronofsky (Black Swan) directs this retelling of the ark-building Old Testament patriarch with Russell Crowe and Jennifer Connelly reuniting as Noah and his wife, Naameh. Also included are Anthony Hopkins as Methuselah, a vast collection of CGI-tweaked animals, and, reportedly, in a non-Biblical deviation, some giant six-armed wingless angels.

Renny Harlin directs the first one, starring model Kellan Lutz (Twilight), which purports to be an “origin” story. The second, directed by Brett Ratner (Rush Hour), starring Dwayne Johnson as an army trainer for the King of Thrace, is based on the Radical Comics series.

It’s love vs. lava in this disaster flick, starring Kit Harington (Game of Thrones) as a gladiator who must save his beloved (Emily Browning) when Mount Vesuvius blows its top.

The beefcake battle movie, 300: Rise of an Empire, is a prequel/sequel to the 2007 hit, 300, where most of the cast died heroically at the Battle of Thermopylae.

The year ends with Ridley Scott’s Exodus, featuring Christian Bale as Moses leading the Jews out of Egypt with Joel Edgerton as the Pharoah and Breaking Bad’s Aaron Paul as Moses’s apprentice, Joshua. 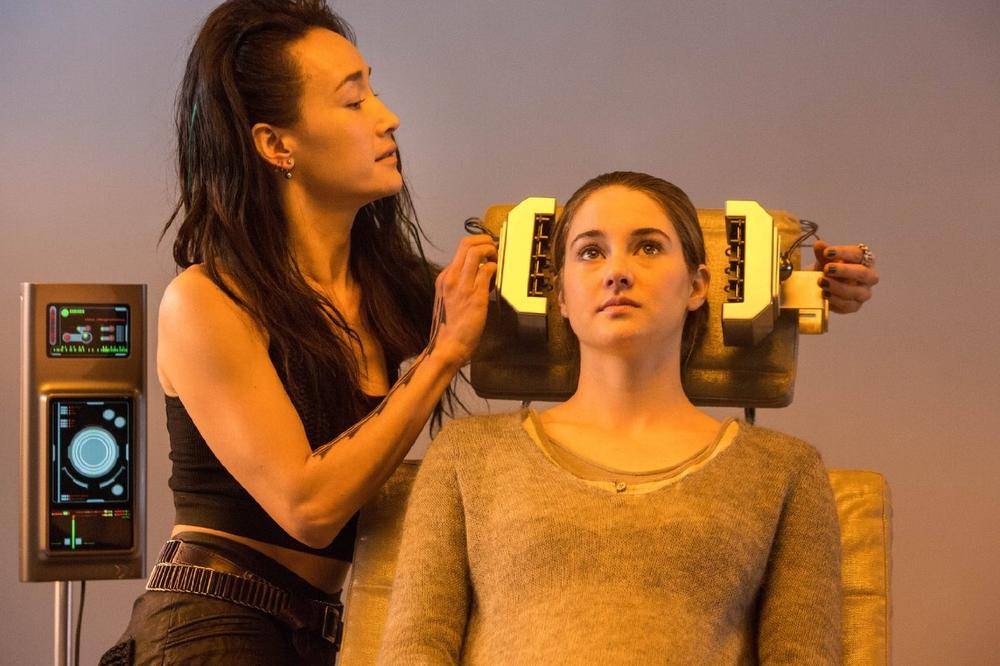 When no studio was interested in producing a movie based on the television series (2004 to 2007) about a high-school sleuth, star Kristen Bell and creator Rob Thomas, went to Kickstarter, where fervent fans of the series raised $5.7-million (U.S.) in a month-long campaign. In the film, Veronica (Bell) returns to her hometown from New York when her old boyfriend is charged with murder.

This “found-footage” style thriller follows a group of teens who build a time machine from blueprints and discover that changing the past rewrites the present.

Based on the first of a trilogy of young adult novels by Veronica Roth, Divergent stars Shailene Woodley (The Descendants) as a teen who faces extermination in a world where she doesn’t conform to one of the prescribed personality types.

The Fault in Our Stars (June 6)

Woodley (again) stars as a 17-year-old who falls in love with an amputee basketball player she meets in her cancer support group.

Phillip Noyce (Clear and Present Danger) directs this adaptation of the curriculum-friendly young adult novel, in which an adolescent boy (Brenton Thwaites) learns from an elderly man (Jeff Bridges) that the society they live in may not be as perfect as it looks. With Taylor Swift and Meryl Streep. 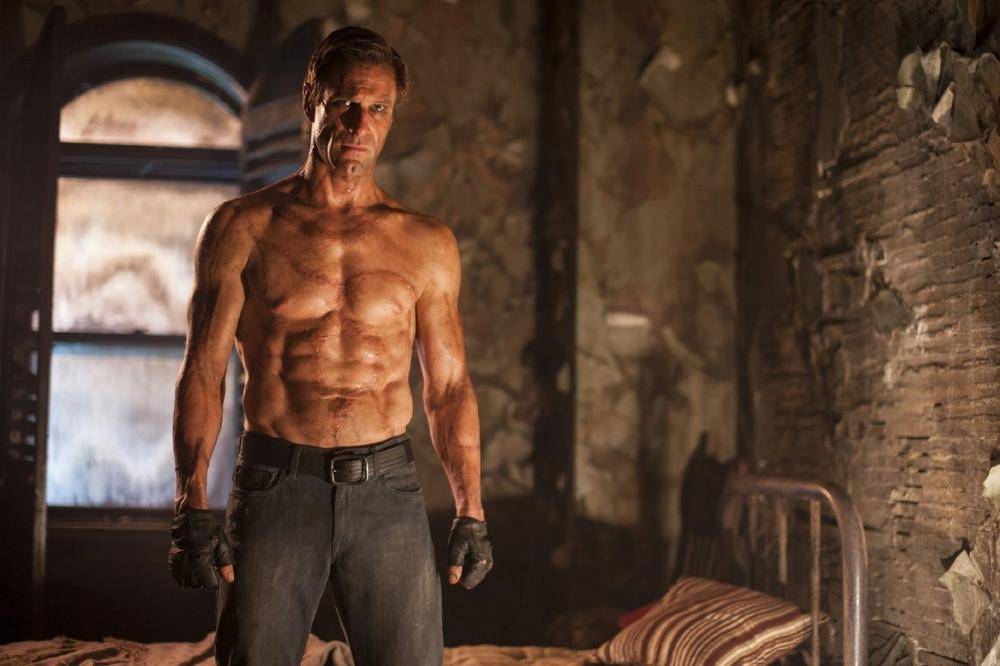 Jim Jarmusch’s idiosyncratic dip into the vampire genre stars Tom Hiddleston and Tilda Swinton as a couple who aren’t just undead, they’re exceedingly cool. The pair collect books and vintage musical instruments and live, generally, like the last civilized creatures in a world human beings have ruined everything.

Based on the graphic novel by Underworld creator, Kevin Grevioux. Aaron Eckhart plays the monster who has survived for the two centuries only to find himself in the middle of a war between gargoyles and demons.

The first of Richelle Mead’s six novels about a high school with fangs, featuring Rose Hathaway (Zoey Deutch), a half-human/vampire and guardian in training to save peaceful vampires from nasty ones. Mark Waters (Mean Girls) directs.

Kevin Smith (Clerks) wrote and directed this horror movie, set in northern Manitoba, loosely inspired by a news story. It’s apparently about a landlord who forces his unwilling tenant to dress up like a walrus.

Leigh Whannell (Saw, Insidious) co-wrote this script about a virus which hits an elementary school and turns the students into a savage horde. The movie will have its premiere at Sundance. 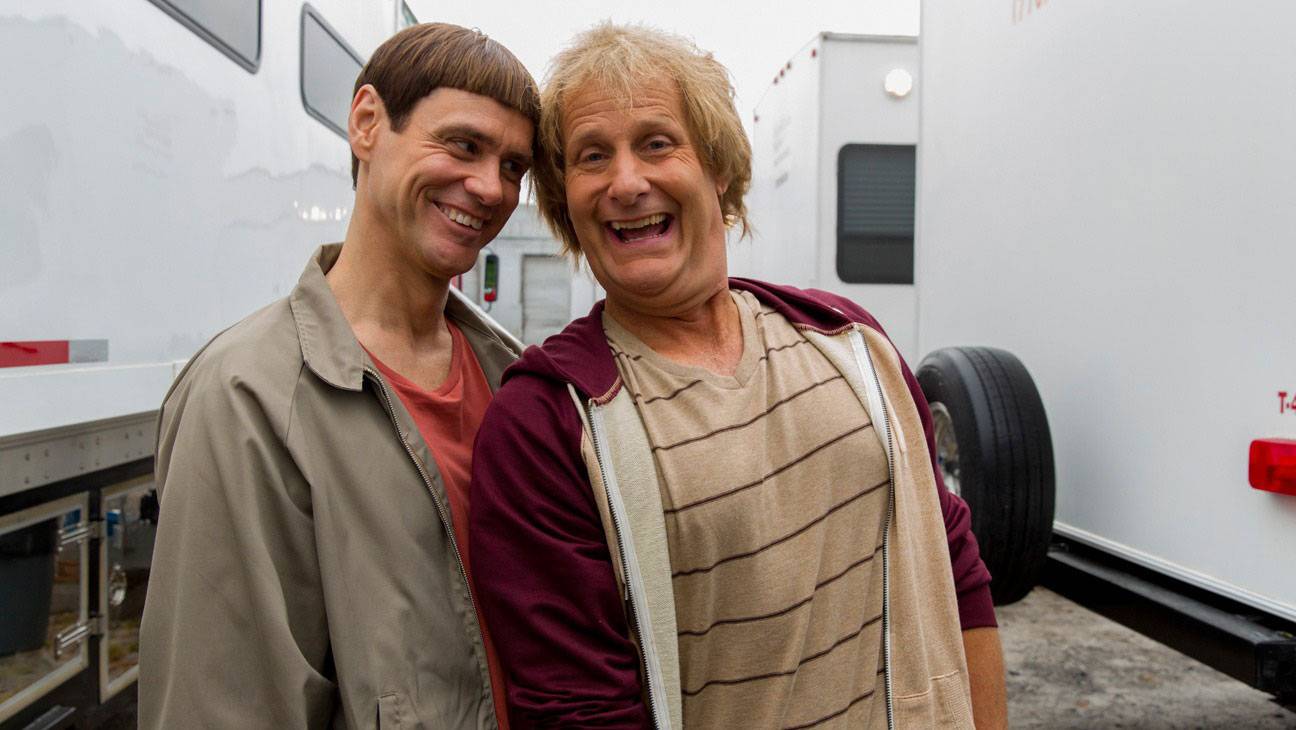 Twenty years after the Bobby and Peter Farrelly’s breakthrough comedy, friends Harry (Jim Carrey) and Lloyd (Jeff Daniels) are on a search for one of their long-lost children in the hopes of getting a kidney. Jennifer Lawrence, a fan of the original movie, makes a guest appearance.

Jonah Hill and Channing Tatum are undercover cops who go back to college and fall into their old roles as the geek and the jock.

Cameron Diaz and Jason Segel play a couple who make a sex tape, and then discover it is missing.

Seth MacFarlane (Family Guy) wrote, directs and stars in this comedy/western about a cowardly sheep farmer who befriends a gunslinger’s wife (Charlize Theron) to help win back his love (Amanda Seyfried). 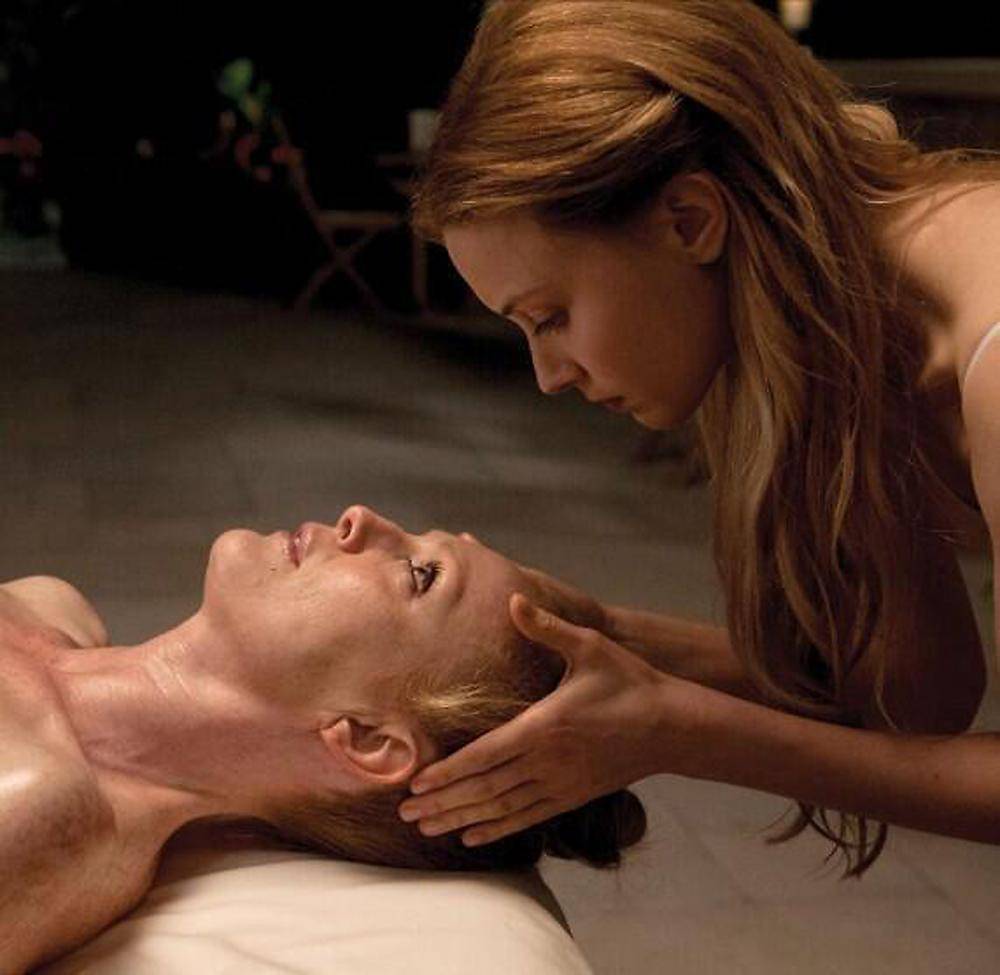 Wes Anderson’s comedy stars Ralph Fiennes as the concierge at a famous hotel between the wars, with Zero Moustafa (Tony Revolori) as the lobby boy who becomes his protégé, in a story about a purloined painting and a family fortune, featuring 16 major characters and a cast including such Anderson favourites as Owen Wilson and Bill Murray.

Maps to the Stars (TBA) 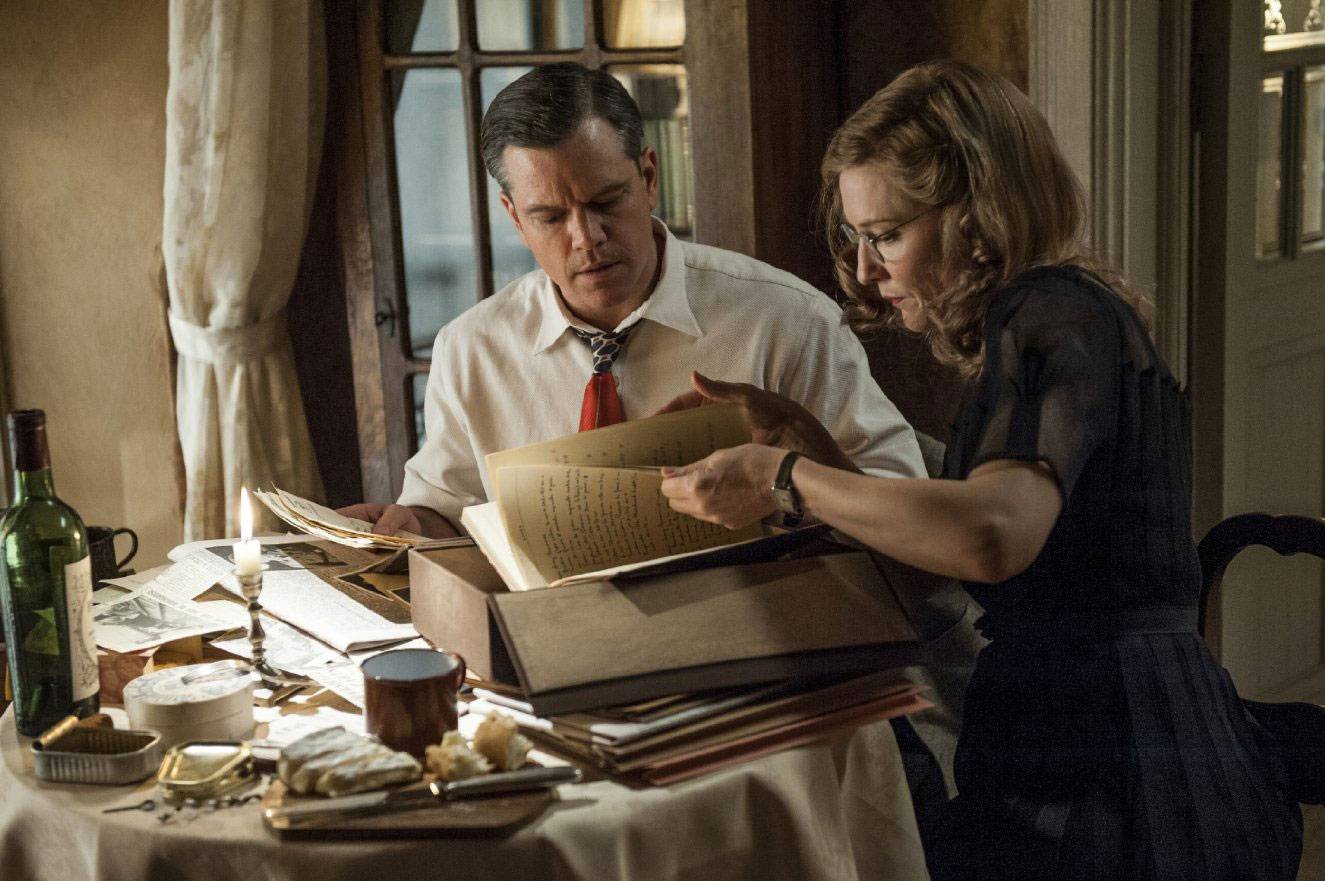 Best of the rest

Put in limited release for 2013 Oscar contention, Peter Berg’s Afghanistan war drama about a Navy Seals operation that went wrong has strong buzz both for its visceral filmmaking and performances by Mark Wahlberg, Taylor Kitsch, Ben Foster and Emile Hirsch.

Bennett Miller (Capote) directs this reality-based drama about Olympic wrestling brothers, Mark and Dave Schultz, and the murder of Dave by one of his sponsors, a member of the Du Pont family. With Channing Tatum, Steve Carell and Mark Ruffalo.

Alejandro Gonzalez Inarritu (Babel) directs this drama starring Michael Keaton as a washed-up actor who once played a superhero and who tries to mount a Broadway play to redeem himself. With Emma Stone, Edward Norton, Zach Galifianakis, Naomi Watts.

John Michael McDonagh follows up his terrific debut, The Guard, with this Irish black comedy starring Brendan Gleeson about a priest who gets a death threat in confession. Calvary will have its premiere at this year’s Sundance Film Festival.