British filmmaker Sean McAllister was in Damascus in 2009, looking for a story to tell about the real Syria – not the one the government was trying to sell as the next tourist hot spot. The Syria he was interested in documenting was not the exotic, history-rich land being shown off to foreign journalists on media junkets, but the Syria where citizens were impoverished, oppressed and imprisoned.

"The allure of Damascus has this feeling of secularism and freedom but actually if you scratch the surface … and you get beyond the glitz of the one square mile of the old city full of American tourists at the time, then you see actually quite a lot of poverty and hardship amongst ordinary people, a lot of unemployment," says McAllister, who has been making films in the Middle East for years – most recently in Iraq and Yemen. "I realized actually that it was far from this happy-go-lucky, free Syria which Bashar [al-Assad, the Syrian President] had brought from Britain where he studied and worked. And actually the prisons were jam-packed with political prisoners, same as his father [former president Hafez al-Assad]."

McAllister's tour guide into the real Syria was Amer Daoud, whom the filmmaker met in a bar in the old city one evening. They were chatting when Daoud took a phone call. It was his wife – calling from prison.

"And it was at that point he sort of said, 'Look, if you really want to make a film that is insightful about this country, you should follow me,'" McAllister recalls. "Those are the people you're kind of looking for as a documentary filmmaker – the people who are brave enough to let you in."

That moment in the bar turned into a five-year, multicountry film project. McAllister, who for years had trouble selling the idea of a documentary about Syria, would never have guessed that the film would make its way into theatres just as the Syrian refugee crisis would – finally – be capturing the world's anguished attention.

"At the beginning I couldn't get a commission because no one knew where Syria was. And [more recently] they said, no, we don't want Syria; Syria's on the television all the time now," McAllister says.

"I persevered and actually towards the end I got it commissioned because the BBC were trying to send me somewhere else and I just kept going on with this," he says. "They could see that it was something I wasn't going to let lie. They commissioned my passion in the end."

The British Film Institute also came on board and the film received a theatrical release in Britain in September. A Syrian Love Story has its Canadian premiere at the Vancouver International Film Festival on Monday. The documentary has been on the festival circuit as the situation in Syria has captured the attention of the world – illuminating another dimension of this enormous tragedy.

"I think that after that boy was washed up on the beach, if anything, this film characterizes those dead, empty images in the papers," McAllister says.

Amer Daoud and Raghda Hasan met and fell in love 20 years earlier – in prison, where they communicated through a tiny pipe between their cells. "Amer was a Palestinian freedom fighter. And Raghda a Syrian revolutionary," McAllister explains in the film. They were released, got married and had children.

Hasan wrote a book about their story that was critical of the Syrian government. She was arrested and imprisoned.

It was during her imprisonment that McAllister entered their lives. Over five years, he shot intimate footage, telling a political story that became more and more personal.

McAllister was careful – shooting demonstrations, for instance, with a secret camera embedded into a pair of eyeglasses. But he was picked up by Syrian security forces at one point – blindfolded and held for five days where he was exposed to sounds of brutal beatings. The incident was life-changing – for his subjects. Because McAllister's camera was seized with footage he had filmed of Hasan and Daoud, the couple knew they were in trouble. The family was forced to flee to Lebanon. It wasn't the last time they would be on the move.

McAllister continued to visit with the family and document their story, even as they began a new life in France. He became personally involved – often serving as therapist and mediator in the couple's increasingly strained marriage. He became attached to the children.

"What I learned from all of this is that actually kids are really resilient; it's the adults that suffer," says McAllister from Zurich, where he was showing the film earlier this week before heading to Germany and Hungary with it – two places where he knew the film would have a particularly strong resonance, given recent events.

"It's very important right now because I think people need to add some emotion and understanding to the lives of all of these people that are jumping on boats," McAllister says. "Amer says he and Raghda were lucky in a way, through me and through the film, that they exited in a different way. But their story is just one story of millions."

The film illustrates the refugee experience – not the desperate flight we see in the news, but life afterward – a quieter piece of the puzzle we don't often hear about. As the film demonstrates, even safe and sound in another country, a family that has been forced to flee its homeland will suffer – sometimes in the most intimate, domestic of ways.

"In a narrative Hollywood structure, it's a happy end, isn't it? Two revolutionaries who dream of freedom find it in the south of France, happy ending," McAllister says. "But it isn't." 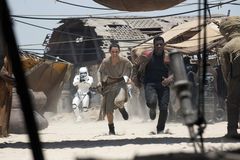 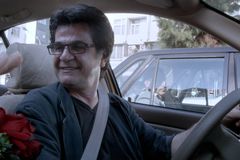 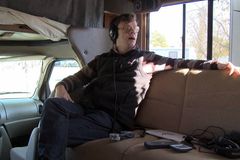