There's a school in the town of Mandelieu-la-Napoule, about five miles west of Cannes, called Albert Camus College, named after the French writer who died 45 years ago. Earlier this month, a 16-year-old boy was wounded, though not seriously, with a knife by another student over a dispute involving some missing video games. Talk about a teaching moment.

Camus, the Nobel Prize-winning author who who died in a car crash at 46, explored senseless violence in his 1942 novel, The Stranger. In his long essay, The Myth of Sisyphus, published the same year, he also gave birth to the concept of the "absurd", the paradox of our "wild longing for clarity" and the "unreasonable silence of the world".

Absurdism, and the fifties' theatre movement of Samuel Beckett, Eugene Ionesco and others, were historical phenomena of post-war France, a reaction to the shattered religious and ideological certainties the war wrought. It remained in vogue through much of the 1960s.

Still, the legacy of "absurdism" is at the forefront of the opening weekend of this year's Cannes festival, with three movies that unspooled Friday and Saturday: Woody Allen's new film, Irrational Man, the 79-year-old filmmaker's latest gloss on Dostoevsky's Crime and Punishment, starring Joaquin Phoenix and Emma Stone. There's also Oscar-nominated Greek director Yorgos Lanthimos (Dogtooth) and new English-language tragi-comedy, The Lobster, in which human beings are turned into animals if they can't find a mate in a suitable time-frame. Finally, there is Gus Van Sant's new drama, starring Matthew McConaughey, The Sea of Trees, about a scientist's attempt to commit suicide in Japan's notorious "Suicide Forest" in the foothills of Mount Fuji.

"There is only one really serious philosophical problem and that is suicide" wrote Camus in The Myth of Sisyphus. "Deciding whether or not life is worth living is to answer the fundamental question in philosophy. All other questions follow from that."

Philosophers may quibble about whether the act of suicide qualifies as a philosophical "problem", but the movie critics were pretty unanimous about the movie: They hated it. The film ended in a chorus of boos and a quick round of pans from the press with words like "gooey" and "misguided." The story of scientist Arthur Brennan, who, following the death of his wife (Naomi Watts), travels to Japan's Aokigahara national park with the intention of overdosing on pain-killers. Before he can commit the act, he meets a mysterious and distraught Japanese man (Ken Watanabe), who's there for similar reasons, and together they struggle to survive. Essentially, The Sea of Trees is a kind of Buddhist-themed Hallmark card.

Yanthos Lorgos's darkly witty The Lobster, like all the director's last two films, Dogtooth and Alps, is straight out of the fifties' Theatre of the Absurd manual: the breakdown of communication, illogical rules and language as a series of games connected to domination. Specifically, it's a distant cousin to Eugene Ionesco's 1959 drama and allegory of ideological conformity, Rhinoceros, in which inhabitants of a small French town begin turning into rhinoceroses.

This near-future-set tale, set in an Irish seaside resort, is about a world where citizens must choose a mate or be turned into animals, Colin Farrell stars as David, a slightly overweight bespectacled milquetoast who has been dumped by his wife and ends up at residential centre that's like cheap package holiday hotel. He and the other residents have 45 days to find a partner or submit to animal transformation. (He chooses a lobster, because it lives a long time and he likes the sea).

The residents must find mates according to shared traits: Other residents include "Lisping man" (John C. Reilly) and "Limping Man" (Ben Wishaw). They can earn extra days by capturing "loners" who are hiding in the forest, shooting them with tranquilizer guns and carrying them back to the residence. The loners, who have their own celibate tribe in the woods, are led by a stony leader (Lea Seydoux). Though too open-ended to be explained as a simple allegory, The Lobster is a kind of match-making story for the age of Tinder and online-dating.

In his 1951 book, The Rebel, Camus examined the philosophical justification of murder, a subject at the centre of Woody Allen's 45th film, and umpteenth comeback (better than Magic in the Moonlight, not quite up to Blue Jasmine or Midnight in Paris). As in The Sea of Trees and The Lobster, it's a story about a depressed intellectual, whose wife has left him. Like Crimes and Misdemeanours and Matchpoint, it's about the perfect crime, wrapped in a sardonic breeziness.

The story is told by two voice-overs, one by hard-drinking philosophy professor Abe Lucas (Phoenix), a former activist, a serial philanderer and writer of fashionable treatises about relative morality. Women are fascinated with his debauchery and a chance to save him. Faculty wife Rita (Parker Posey) soon throws herself at him. The second relationship begins with ardent student, Jill (Emma Stone), who is the film's other narrator.

Abe's sense of life purpose is restored when he hears a conversation in a diner, about an corrupt family court judge, He is inspired to do a meaningful, if unorthodox act.

In a sense, Woody Allen, whose references sometimes seem intellectually stuck in the early sixties, is right in Camus' wheelhouse philosophically in a lot of areas.

"People need something to believe in," Allen told the press following the screening of Irrational Man. "People make an irrational choice: they'll think that if they live a very good life they'll die and go to heaven. That's no less crazy a thought than Joaquin's character thinking that if he commits this act his life will suddenly turn around for the better."

To create is to shape one's fate, said Camus (the motto is on the web page of the Albert Camus College). But for Allen, movie-making is just another distraction.

"We're all gonna wind up in a very bad position one day sooner or later. The only way to deal with it as an artist is to try to come up with something to explain to people why life is worth living. You can't really do that without conning them because in the end it has no meaning. Everything you create or do is going to vanish. The sun is burning out and the universe will be gone. Everything that Shakespeare or Beethoven created will all be gone no matter how much we cherish it."

Of course, there are a few differences between Camus, who advocated to lucidly die "unreconciled and not of one's own free will."

"Watching Fred Astaire for an hour and a half is a way of not thinking about my death, my decaying body and that I will be old one day … in the very distant future." 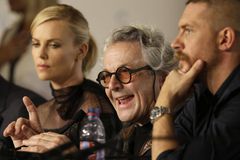 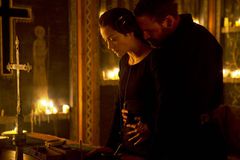