There will be glitz. As part of the 67th Cannes Film Festival, the stars of The Expendables 3, including Sylvester Stallone, Harrison Ford and Mel Gibson, will arrive on the Croisette in armoured trucks. Toothless, the dragon from DreamWorks' animated film How to Train Your Dragon 2, will somehow make a real-life appearance. There will be tabloid buzz about estranged Twilight stars, R-Pat (Robert Pattinson) and K-Stew (Kristen Stewart), both here to represent films. For Wednesday's opening night film, Grace of Monaco, Nicole Kidman will appear onscreen as Grace Kelly, re-enacting the moment when the Hollywood star met the Prince Rainier III of Monaco at the 1955 Cannes film festival.

Yet what makes Cannes such a piquant event is its paradox: Along with the stars and the spectacles, the scandals, gaffes and stunts, Cannes is a shamelessly elitist event. What the festival is really about is an exclusive club of anointed filmmakers, valued in a uniquely French spirit of vive la resistance against mass-market entertainment.

"It's always an honour. It's never taken for granted, " says Atom Egoyan, the Canadian director who's most closely associated with the Cannes club. His sixth film in competition at Cannes, The Captive, is one of three (out of 18) competition films that wear a "made in Canada" label.

Twenty-five years ago, Egoyan's feature, Speaking Parts, was selected in the Cannes Director's Fortnight competition, followed by The Adjuster, two years later. His previous competition films include Exotica, The Sweet Hereafter, Felicia's Journey, Where The Truth Lies and Adoration. His 2002 film Ararat was shown out of competition. The Captive, which stars Ryan Reynolds as a father seeking his kidnapped daughter, is a rural Ontario-set film that will be watched by the jury and about 3,000 members of the world film press.

"Things have changed so dramatically in the last 10 years in the film business," says Egoyan. "Everything is so much more convenient but I don't think cinema should be convenient. It should involve a kind of pilgrimage to a place, where you make a contract to immerse yourself in an experience, to be captive for those two hours. … When it comes to Cannes, showing your films in the Grand Lumiere Theatre before an audience that is passionately interested and knowledgeable about cinema is the pinnacle."

Each year, the festival invites a group of around 20 filmmakers (this year, it's 18), two thirds of whom are international auteurs, along with first-timers (there are five this year), to put their work before the world. While these directors aren't typically box office hitmakers, they are deemed by the festival's critic-director Thierry Fremaux and his selection committee as the best in the world. History tends to support their choices: The list of films launched with a Palme d'Or includes The Third Man (1949) La Dolce Vita (1960), Taxi Driver (1976), Pulp Fiction (1994) and recent Oscar winnerAmour (2012).

Egoyan also served as one of the festival's jurors in 1996, the year that David Cronenberg had his first film in the competition, Crash. Cronenberg was already established as a master of horror and science-fiction genre films. Cronenberg's Maps to the Stars is his fifth film in Cannes competition (preceded by Crash, Spider, Eastern Promises and Cosmopolis). He also served as president of the jury in 1999, when he responded to a journalist's pointed question about the festival's "irrelevancy":

"The very irrelevancy of Cannes makes it valuable. We feel we can vote without destroying a career. The Oscars – popularity is what it's all about. This is a different ball game."

Irrelevant as it may be to the popularity game, the festival remains hugely influential: A chance to do hundreds of interviews for the world press and to sell a film to territories around the world.

Though Xavier Dolan is 25, he's no Cannes novice, with previous films in the festival's companion series Director's Fortnight (a triple award-winning I Killed My Mother), and two in the festival's Un Certain Regard classification (Heartbeats, Laurence Anyways). Two years ago, he expressed dissatisfaction that Laurence Anyways was not in the main competition; this year, he takes his place as the competition's youngest director. As he noted in a Montreal press conference following the Cannes announcement, he's a believer in the Cannes cult: "I've been a fan of the Cannes Film Festival for a long time and I've seen lots of heroes of mine make their way through that scale … So seeing Mommy as part of the official competition is proof of, I guess, achievement. And I am extremely flattered and honoured."

At the other end of the chronological spectrum is Jean-Luc Godard, the 83-year-old godfather of the French New Wave, who has attended the festival for more than five decades and this year brings his seventh competition film Goodbye to Language to the Croisette. He's one of four French directors in the competition, along with Michel Hazanavicius (The Search), Olivier Assayas (Clouds of Sils Maria) and Bertrand Bonello (Saint Laurent).

Where else but Cannes would an English socialist filmmaker make a film about a Irish Depression-era communist leader and be feted like a French king?

Editor's Note: An earlier version of this story misidentified the film Speaking Parts as Next of Kin.

In pictures: The stars shine on the Grace of Monaco red carpet in Cannes Gallery
May 14, 2014 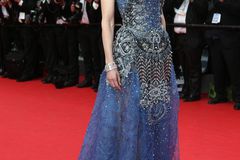 In pictures: Grace of Monaco cast steps out at Cannes Gallery
May 14, 2014 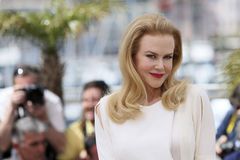 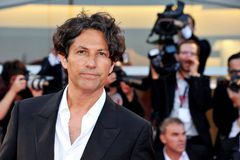 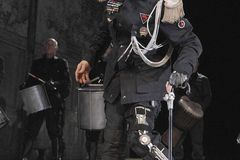 Polish filmmaker Pawlowski goes back to his roots for Ida
May 9, 2014 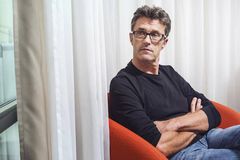 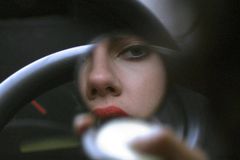 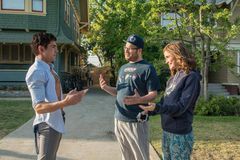 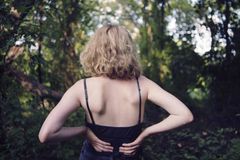