'We did everything we could to make the eyes not dead."

That's the key to believable puppetry, says writer-director Charlie Kaufman. You have to make the eyes not dead.

Kaufman's latest film, co-directed with Duke Johnson, is a stop-motion animated, contemporary puppet play about a not-quite-dead-eyed motivational speaker named Michael Stone (voiced by David Thewlis). Slumped, paunchy and greying into middle age, Michael suffers from a kind of shapeless existential dread and has extreme difficulty connecting with other people – so much so that everyone he sees around him, the smiling sycophants making banal small talk about the weather and the unique flavour profile of Cincinnati chili, all share the same face and voice. Then he meets Lisa (Jennifer Jason Leigh), an unpretentious admirer who looks (and sounds) every inch herself.

Michael's predicament is based on a real disorder, called the Fregoli delusion. (The hotel where much of the film unfolds is called "The Fregoli"; Kaufman wrote the original stage play under the pseudonym "Francis Fregoli.") Sufferers of the Fregoli delusion, a rare psychiatric condition, believe that everyone in the world is really a single person, who is constantly changing appearances or otherwise disguised. "I wanted to use this as a metaphor," Kaufman says. "I'm interested in it as an actual thing, but I wasn't writing about that. I wanted to use it to talk about the thing I was talking about, which is people's ability to connect to other people – or inability to connect to other people."

When Johnson was designing the film, and its puppet cast, he was warned not to make it too realistic. He was wary of what's called the "uncanny valley": a sense of revulsion that occurs when a robot or model looks almost fully, but not quite, human. "We talked a lot about it," says Johnson, who's worked on stop-motion projects for television's Community and the U.S. cable network Adult Swim. "It was a concern. But a lot of that uncanny valley stuff has to do with computers. Computers make things perfect. Everything's all polished and symmetrical. Stop-motion, by its very nature, is imperfect."

"We were just trying to make them alive, and soulful," Kaufman adds. "I'm always interested in distancing techniques. But at the same time, there's a push and pull there. People forget they're watching puppets because of the skill of the animators and the beauty of the puppets. Then they remember, because it's obvious. Then they forget again."

This push-and-pull proves Anomalisa's greatest accomplishment. That a film can make thinking, feeling, rational adults identify with miniature puppets is one thing. But in Anomalisa, this feeling of identification with something alien-seeming and sort-of-human dovetails with the theme of emotional disconnect. Nudging a viewer onto the same wavelength as a puppet helps bridge this empathy gap. "These are things I experience and explore myself," Kaufman says. "I think it's a human thing: to want to find a connection to your work, or to your partner, or to people in the world. We all feel it."

This desire for meaningful connection recurs throughout Kaufman's work. In 1999's Being John Malkovich, Kaufman's first feature screenplay, a lovelorn puppeteer (John Cusack) finds a portal into actor John Malkovich's head, and proceeds to indulge his romantic and professional fantasies, using Malkovich as a puppet intermediary. In Adaptation, a struggling screenwriter also named Charlie Kaufman (Nicolas Cage), who believes that life is nothing but a random series of unresolved happenings, is dressed down by hard-nosed writing instructor Robert McKee (Brian Cox), who rails about the significance and splendour of everyday life. In 2008's Synecdoche, New York, Kaufman's directorial debut, a dying playwright (Philip Seymour Hoffman) is similarly schooled by his surrogate director on his own selfishness and narcissism. "You realize you are not special," says the director's voice, through an earpiece. "You have struggled into existence, and are now slipping silently out of it. This is everyone's experience. Every single one. The specifics hardly matter. Everyone's everyone." Or as Michael puts it in his disastrous customer service lecture in Anomalisa, "A customer is an individual, just like you."

Yet Kaufman is careful not to dispense easy fixes or tossed-off chestnuts of self-help wisdom. He says that even when characters in his films preach about empathy, or about how everyone's everyone, "there's always an irony to it, or a wrongness to it." This is where Kaufman's films can prove frustrating. While he's adept at asking (or intimating) big questions about life, love, relationships and the pursuit of happiness, he's maddeningly short on answers. Sometimes it seems as if all he's doing is diagnosing the sadness and loneliness and banal horror of everyday life that most of us take for granted.

Watching his movies, it's easy to feel like Anomalisa's Michael: trying to understand something we can't quite comprehend, scrambling for answers to questions we don't know how to ask. Throughout the film, Michael pathetically answers questions (rhetorical and otherwise) with, "I don't know." It's practically the film's refrain.

"I'm not in the business of giving prescriptions of how to live," Kaufman says, sounding uncannily like his namesake doppelganger in Adaptation, "I'm exploring ideas that are, for me, interesting. And if someone else relates to it, then maybe that's a good thing. Movies, or mainstream movies, always give you a conclusion. They always tell you what's right. And usually what's right is what happens. You know who the good guy is and you know who the bad guy is. I don't think life is like that. I don't want to write anything like that."

Maybe it's his massive intellect, or his wit, or even the way he looks (a coil scrunch of wizened wrinkles and curly hair, like a modern-day Kurt Vonnegut), but it always seems as if Kaufman is playing his cards close to the vest, that he knows something we don't. Or maybe in a world of cheap prescriptions, easy answers and endemic know-it-all-ism, the most honest thing an artist can do is shrug, throw up his hands and answer, honestly, "I don't know." 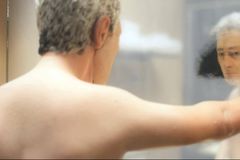 Film Review
Alvin and the Chipmunks: The Road Chip drives a hopeless, empty message
May 16, 2018 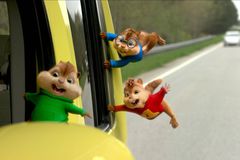