Faced with the global pandemic, the Chinese artist Ai Weiwei has sprung into action with Coronation, a film that observes the impact of the new coronavirus as it swept through the city of Wuhan last spring. Ai lives in self-imposed exile in Berlin, but assistants in China provided him with footage of the empty highways and makeshift hospitals as well as interviews with the locked-down, the angry and the bereaved. He answered questions from The Globe and Mail via e-mail.

The images in this film are remarkable. I was sometimes reminded of Blade Runner or 2001. How did you find and arrange to film the various subjects, from the couple trying to return to Wuhan to the construction worker trying to leave?

You mentioned 2001: A Space Odyssey and that kind of futuristic scenery, but also the almost metaphysical personal stories. There are so many details when we talk about a city placed under lockdown. We usually only see lockdowns during wartime, but what about during times of peace? How do people get into the city? How could people leave? How were people confined to their homes? How does one receive the ashes of the deceased?

These people in the film could not be more ordinary. In contrast, you have the most restrictive, military-style state control, where people were literally sealed into their homes, where police beat and placed under custody those who violated lockdown orders, many who are still missing even months later.

I have long struggled with the authorities in China and made many investigative films related to human-rights issues. In 2003, we made our first documentary, and it was about the SARS epidemic. We were the only ones to make a film about SARS in Beijing; we are probably the only ones who will make such an honest film about the situation in Wuhan. An honest discussion with the authorities is impossible. What we have filmed is like a shattered mirror with each piece reflecting a part of reality, but reality is much larger and darker. To answer how I arranged the filming, I’m fortunate to have had many students and volunteers who used to work with me during the Sichuan earthquake investigation in 2008. These people know what I am doing and they believe that it is important to reflect reality and to honestly tell what is happening in their lives.

I was amazed by the footage inside the various hospitals, including the patients on respirators and the security camera monitoring the doctor taking off his protective clothing at the end of a shift. How did you get permission to film inside hospitals?

Since there is no clear rule of law in China there can be a lot more space to work. In many ways, China can be much more liberal on a practical level. That is why China has developed so quickly. If there is anything important or profound about this film, it is not simply about the virus and how it develops, but about a society which has a very different political structure, how it has managed to control this crisis, and what consequences and sacrifices these ordinary people faced.

We managed to receive local permission to film, but of course no one knew that it would be a film directed by me. My name cannot even be mentioned in China. You don’t receive clear instructions as to what can or cannot be filmed. There were no hidden cameras. We worked within the bounds of what was allowed. The footage we have of the emergency field hospitals and within the other major hospitals does not present a negative image. They honestly tell how those devoted doctors and nurses sacrificed their lives to care for those patients in critical condition. They are very professional and respectful. You can see how China has developed because of people like them, young people from all over China who worked toward achieving the same goal. [And] you can see how the Party has absorbed them and made them a part of its political force.

At the end of the film, you note that the Chinese authorities took weeks to admit the extent of human-to-human transmission. Some in the West, particularly in the U.S., have blamed the virus on China. Do you feel that is fair?

Viruses are indiscriminate, there is no distinction with regard to class or border. It can affect any vulnerable human body in every society. To simply say that it is the “China virus” is not fair. But to find the origin, to find how the virus really perpetuated in the beginning, is about facts. Those facts should not be covered up or deleted from the timeline, which we see China attempting to do.

The film and the situation seem to summarize the strengths and weaknesses of the Chinese system – the ability to mobilize the entire society to solve a problem on the one hand but the trampling on individual rights on the other. How did the project make you feel about your homeland?

I don’t have a homeland. I speak Chinese and I am a Chinese passport holder, but that nation has never seen me as a positive force that might help them overcome the tremendous difficulties they face. They see me as a dangerous person. My effort is questioning the authoritarian state’s methods, to sacrifice everyone’s rights to achieve a greater goal is ridiculous. But with those methods China has made a great leap and has become a substantial threat toward the established global order. They have tried to introduce so-called “Chinese characteristics,” or authoritarian state capitalism, and they have already partially won.

China remains dangerous to the Western establishment, not only because of its fast development but because of its ideology. They do not respect basic human rights or the rule of law. By denying those important values, the humanity of that society is either incomplete or twisted. They may have efficiency, but no creativity or true happiness.

This e-mail interview has been edited and condensed

Coronation is available digitally on Vimeo On Demand starting Aug. 21

In Ai Weiwei’s riveting new film Coronation, time-lapse aerial views show the rapid construction of makeshift field hospitals in Wuhan as an entire society rallies to protect public health. And yet a few scenes later, we meet Meng Liang, a migrant construction worker who helped build an instant hospital but is now living in his car in an underground garage because he can’t get the correct papers to leave the city. Recalling Orwell, Kafka and Kubrick, Coronation brilliantly summarizes the paradoxes of China’s enforced social cohesion as it saves lives but breaks spirits.

Directed by the expat Ai from footage provided by volunteers inside China, Coronation is filled with eerie images of the Wuhan lockdown, including a sequence where a masked doctor is directed on the correct three-step procedure for removing his protective gear by an overseer watching him on security cameras. Yet the film also personifies the small human tragedies that the state apparatus leaves in its wake, like that of Meng, or another man only seeking permission to retrieve his father’s ashes from the crematorium.

Film Review
Drag queen comedy Stage Mother might be revolutionary, if it were made four decades ago
Subscriber content
August 20, 2020 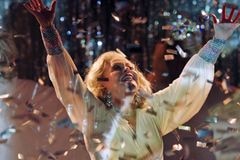 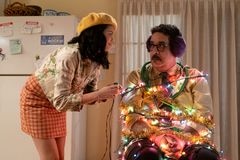 Film Review
Disney+ talking-animal drama The One and Only Ivan does so much more than any Dolittle has ever done
August 19, 2020 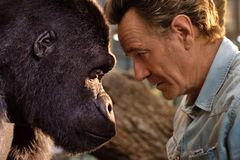 Coronavirus information
The Zero Canada Project provides resources to help you manage your health, your finances and your family life as Canada reopens.
Visit the hub
Follow Kate Taylor on Twitter @thatkatetaylor
Report an error Editorial code of conduct
Due to technical reasons, we have temporarily removed commenting from our articles. We hope to have this fixed soon. Thank you for your patience. If you are looking to give feedback on our new site, please send it along to feedback@globeandmail.com. If you want to write a letter to the editor, please forward to letters@globeandmail.com.
Comments