Near the end of the new Frank Zappa documentary, the film’s compelling subject is shown in a montage of archived images that are poignantly joyful. The suggestion is that the idiosyncratic musician, who died of prostate cancer at age 52, was looking back on a fulfilled life, smiles all around. Is that the way it was, though? Because the film’s preceding 120 minutes or so paint a picture of a scowling, perpetually unsatisfied man.

Zappa was an unclassifiable underground rock star, progressive electric guitarist, indefatigable moralist and would-be Stravinsky who many music fans remember only for his novelty hits Dancing Fool and Valley Girl. In the small and straightforward bio-doc Zappa, he’s under the microscope of actor-director Alex Winter, an accomplished documentary filmmaker most known for his role as Bill in the Bill & Ted comedy/sci-fi franchise about time-travelling idiots.

After watching the film (and Thorsten Schutte’s commendable Eat That Question: Frank Zappa in His Own Words from 2016), one wonders if the maverick musician was ever content. He was a serious artist (albeit one with a gift for presenting absurdity) who wanted to be taken seriously as an orchestral composer. Was he setting himself up for frustration? Was he ever happy?

“I wouldn’t be presumptuous enough to say what was going on his mind,” Winter says. “There’s no doubt that he was gratified to have become enough of a revered composer as he got older that younger musicians were very aware of his music and respectful of his original compositions and were willing to learn how to play them properly.”

Indeed, the film culminates with The Yellow Shark project, a series of concerts in Germany and Austria in 1992 with performances of Zappa orchestral compositions by the Frankfurt-based Ensemble Modern. An album was released in November, 1993, a month before he passed away. His work having been presented competently on a world stage by a noted collective, Zappa presumably died an artistically fulfilled man.

Winter obviously can’t ask the late musician if that was so, but he did have unprecedented access to a vault’s worth of private archival footage. He also spoke to ex-bandmates and, before she died in 2015, Zappa’s long-time wife, Gail.

Zappa is the latest documentary in Winter’s increasingly impressive oeuvre that includes 2019′s The Panama Papers, about the global corruption scandal and the journalists who broke the story. His feature doc Showbiz Kids, which debuted on HBO this summer, was overshadowed by Bill & Ted Face the Music, the long-awaited third instalment of the series that co-stars Keanu Reeves.

Before making Zappa, Winter was involved in a crowd-funded campaign to rescue a ton of tapes deteriorating in the basement of the Zappa family home (bought by Lady Gaga in 2016). After the material was moved to a secure facility, work began on the estate-approved documentary that only occasionally reveals the warts of its subject.

Famous groupie Pamela Des Barres is interviewed, and while Zappa’s enthusiasm for backstage ladies is mentioned, we don’t get the full story. In a recent interview with Mojo magazine, his one-time secretary Pauline Butcher Bird (who wrote Freak Out! My Life With Frank Zappa) had this to say: “He had a girl in every port but didn’t allow [wife] Gail to blink an eyelash at another man.”

Zappa unceremoniously dumped many of his Mothers of Invention band mates early on. Later, in 1983, he discovered the Synclavier, a sophisticated piece of equipment that allowed him to create all the sounds and notes in his head, without the need of fellow musicians. A prolific, annoyingly meticulous and highly driven composer, Zappa acknowledged that he did it all for an audience of one.

“My desires are simple,” he says in documentary footage. “All I want to do is get a good performance and a good recording of everything that I have wrote, so I can hear it. And if anybody else wants to hear it, then that’s good too.”

Zappa comes off as less than collegial, which perhaps is too kind – and maybe the film is too.

“Frank was very articulate,” Winter says. “I think he was probably stating something that most artists feel, but are afraid to say. He was exacting, like Stanley Kubrick, John Coltrane and Prince. I think they would have said some of the same things, if pressed.”

The curious thing about Zappa is that for all his underground cred and thumb-nosing contempt, he craved approval. Which doesn’t make him a bad guy, just an entertainer – and a fascinating focus for a film. 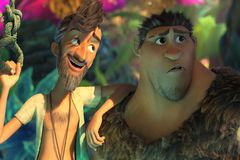 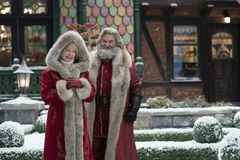 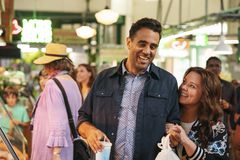