There are many ways to describe Spice It Up, the new comedy co-directed by Calvin Thomas and brothers Yonah and Lev Lewis. All of them probably wrong.

A microbudget film that’s nestled inside an even micro-er-budgeted film, like an especially Canadian matryoshka doll, the movie is the result of five years' worth of homegrown indie-film anxiety and ingenuity. Simply put: Spice It Up resurrects footage of an abandoned project that the trio shot in 2013 – a surreal tale of seven high-school girls applying for the armed forces, shot entirely on GoPros – to serve as the base of a newly shot narrative, focusing on a film student named Rene (Jennifer Hardy) trying to complete her thesis project ... which just happens to be a movie about seven high-school girls applying for the armed forces.

You could call Spice It Up a manic bit of meta-commentary on the perils of being a young artist. A more crass elevator pitch might label it Adaptation meets Bring It On meets a very Canadian version of It’s a Mad, Mad, Mad, Mad World, given how many members of this country’s film community pop up in supporting roles. Or there’s the hyperbolic-but-true route, in which I admit that it’s one of the most unique viewing experiences I’ve had this year.

All of which makes Spice It Up a perfect fit for the Vancouver International Film Festival’s Future//Present program. The slate, designed to showcase “diverse independent filmmakers from across Canada who demonstrate originality and vision while challenging the medium,” has quickly earned a reputation for challenging the definitions of just what a Canadian film should be – and offering a lifeline to films that otherwise fall through the industry’s cracks.

“There are a lot of remarkable Canadian films being made outside of the typical avenues,” says VIFF programmer Adam Cook, who pitched Future//Present three years ago after watching Sofia Bohdanowicz’s documentary Never Eat Alone and realizing there wasn’t a traditional home for it at the festival. “It’s no one person or organization’s fault, but when things are as mechanized and institutionalized as they are in Canada, if your film is not attached to a funding body like Telefilm or linked to an established producer, it’s incredibly difficult to get programmed and get exposure.”

Spice It Up certainly doesn’t arrive at VIFF via traditional means. Entirely self-funded by the directors for just $5,000 and cast with either amateurs or friends and friends-of-friends, the film is the definition of independent.

“The original shoot was a response to The Oxbow Cure, which was a very low-budget film, but much more normal,” says Yonah, 32, noting the trio’s acclaimed 2013 drama (Yonah and Thomas directing, the three of them scripting), which cost a relative fortune of about $75,000. “We wanted to make something quick and fun, which was a strange combination of Bring It On meets Jean-Luc Godard’s essay films. We shot very quickly and chose to do it on GoPros partially for the look, but also because we wanted to shoot it ourselves, with no crew.”

Adds Thomas, 31: “We came off such a dour movie with The Oxbow Cure, which had almost no dialogue and deliberately slow pacing, that we thought we needed something fun and playful and quick.”

While the directors screened the original version of Spice It Up to friends and colleagues, they could never quite finish it.

“We knew it was missing another layer,” Yonah says. “There was a lack of modulation to the original film.”

“One of the problems editing with this over years is that our tastes change, too” Lev, 27, says. “By adding Rene’s story, we could recontextualize things. It feels more like a film I would make today than a film I would’ve made five years ago.”

The fact that Spice It Up had no producers or Telefilm executives expecting immediate results also helped shape the project.

“If we had funders to answer to, this would have never evolved. We’re lucky in the sense that we made the film the way we wanted to, with complete freedom,” Thomas says, before adding with a laugh, “in terms of what we want to make going forward, though, it’s not the production model.”

Which hits at exactly the problem Future//Present hopes to both spotlight, and eventually solve.

“We want to show that there’s an audience for these films, and that these are the filmmakers of tomorrow who are ready to go. But the greatest thing would be if these directors all got funding and didn’t have to depend on Future//Present,” Cook says. His 2018 lineup also features such emerging directors as Drew Lint (the sexual thriller M/M), Bojan Bodruzic (the documentary The Museum of Forgotten Triumphs), and Terry Chiu, whose DIY comedy Mangoshake got a boost this past spring from Toronto programmer Peter Kuplowsky’s similarly minded What the Film Festival. “We haven’t shown anything made for more than like $120,000 – but we want the rest of the country to take notice, to fund their next movies.”

For Thomas and the Lewis brothers, the next step is at least in sight.

"We've done the very-low-budget thing for four movies now, over eight years, but we're trying to move up to different tiers of production," says Yonah, who is preparing with his younger brother and Thomas to shoot a new film, with Telefilm money, this November.

"It'll be a nice shift to work with a full crew, a full production team," says Thomas.

“We like the freedom of low-budget, but there are constraints. That’s the nature of low-budget filmmaking, the pros and cons,” adds Lev. “But we’re excited to see the pros of the other side. For at least a brief period of time.”

Editor’s note: An earlier version of this story had an incorrect name for the documentary The Museum of Forgotten Triumphs. This version has been updated. 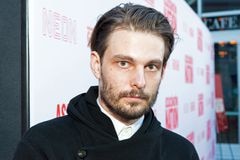 Film Review
Review: The House with a Clock in its Walls is an accessible anti-war allegory for all ages
September 20, 2018 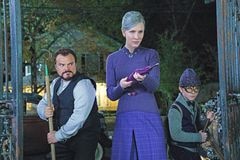