There are a few film screenings I’ve attended over the years that I wouldn’t have minded being interrupted by a fire alarm. Bathtubs Over Broadway was not one of them. In fact, on Sunday morning, when the Vancouver International Film Festival audience had to evacuate the theatre about two-thirds of the way through the film, people stuck around – in the pouring rain and in the absence of any information. We needed to get back into that theatre and back to the magic of this documentary.

We did eventually shuffle back inside – in pure Canadian form, we politely sought the seats we had previously occupied – and settled back in to learn more about a world many of us had never known existed.

Neither did Steve Young, the protagonist, if I can call him that, when he first came across the weird old record albums that would become his obsession and inspire this documentary. As a comedy writer for David Letterman’s late-night television show, Young went out looking for oddball records to feature on the recurring “Dave’s Record Collection” segment. In this comedy endeavour, he encountered some strange Broadway-musical-type albums that appeared were written about certain products or corporations. He became intrigued with these cast recordings and started searching for them all over the place.

What he found is captured in this delightful documentary. “Industrial musicals” were live musical-theatre productions commissioned by corporations. They would be performed at company conventions and large meetings to get employees – typically the sales force – excited about whatever that corporation was selling: cars, tractors, dog food, silicone. Sometimes these musicals were recorded as LPs; and sometimes, to Young’s delight (and ours), even filmed. Some of the performers went on to mainstream stardom – Florence Henderson, Martin Short, Chita Rivera – but many continued to tap dance in obscurity.

(Canada was not immune from this cultural phenomenon; Wayne and Shuster starred in a 1960s industrial musical for Gulf Canada. Young also encountered an “absolutely bonkers musical about road graders” from a 1975 Toronto sales meeting, as he told the Vancouver audience. Alas, neither of these is featured in Bathtubs Over Broadway.)

In this absolutely charming doc, Young begins searching for these rare recordings but finds so much else along the way. He becomes particularly intrigued with a 1969 musical for American Standard Inc., The Bathrooms Are Coming and its wonderfully ridiculous earworm showstopper, My Bathroom (“where I wash and where I cream”). Meanwhile he is dealing with a personal sea change in his life as Letterman announces the end of his show, where Young has been employed for many years.

Director Dava Whisenant deftly follows Young’s arc from sneering, hardened comedy writer to collector to fan to author – and so much more.

“When Steve first started meeting people [who made industrial musicals], they were concerned that we were going to be laughing at them and laughing at the material,” Whisenant explained during the truncated (see fire alarm, above) Q&A after the film.

For sure, that is how this started out, way back when. But by the time he was looking for the creators, Young had developed a deep appreciation for the art form. As he put it in Vancouver, he found himself encountering “all these other layers of wonderment and respect and affection and love.”

That’s pretty much exactly how I felt – right down to love – watching this documentary, which also screened at Hot Docs in Toronto earlier this year. VIFF is adding another screening of Bathtubs Over Broadway for its VIFF Repeats program immediately following the festival (the date has yet to be determined). And while no distribution deal has been announced, this film deserves as wide an audience as possible. It’s a kicky reminder that inspiration can be found in the weirdest places – maybe your bathroom, maybe a movie theatre. 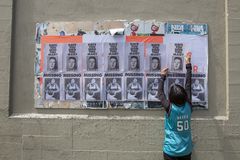 At VIFF, a glimpse at the present, and future, of outrageous Canadian cinema
September 27, 2018 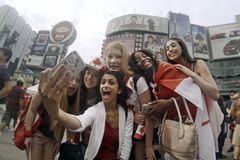 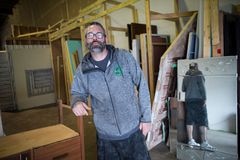