A popping hit with a couple of rap lyrics thrown in is considered almost an essential part of any big budget Bollywood movie today. Its music video will feature female backup dancers writhing to lyrics that rhyme “bae” with “slay” or “mind blow” with “tera [your] glow,” as well as references to everything being “lit.” The rapper, sometimes dressed in faux fur and oversized sunglasses, might also make an appearance.

However, the new film Gully Boy, starring Bollywood heavyweights Ranveer Singh and Alia Bhatt, wants to bring asli (real) hip hop to the Bollywood screen. Directed by one of Bollywood’s leading filmmakers Zoya Akhtar, it’s inspired by the real life story of two of the biggest names in India’s underground rap scene – Divine (a.k.a. Vivian Fernandes) and Naezy. It opens Feb. 14 in cinemas across Canada a few days after its Berlin Film Festival premiere, and promises the real deal, straight from the gullies of Mumbai. (“Gully” means “alley” in Hindi.) Spat out in Hindi, or other regional Indian languages, infused with local slang, street style and swagger, it’s a sound that has been described by outside observers as Gully Rap.

“This is the sound of Bombay now," says Fernandes, 28, speaking on the phone from Mumbai. “Bombay didn’t used to have its own sound – like Punjab has bhangra – other than Bollywood. But now that’s slowly changed.”

The evolution of asli Indian hip hop has been almost backward. In the 1990s, at the same time that MTV India and its local competitor Channel V started beaming through the newly opened TV broadcast airwaves, Indian artists such as Baba Sehgal and British artists such as Apache Indian were bringing rap or reggae influences to Indian pop music. Especially egregious was Sehgal’s Thanda Thanda Pani, a riff on Vanilla Ice’s Ice Ice Baby. But it turned out to be a huge hit. Soon Sehgal was fielding offers from Bollywood. Following trends in the United States, commercially driven hip-hop music in India, as served up by Bollywood, has had more to do with the party scene – their music videos filled with luxury cars, scantily clad women cavorting with men in designer wear, and free flowing alcohol that’s not Cristal or Hennessey.

While it may have been club rap that first drew Fernandes’s attention to hip hop, it was the lyrical wizardry of artists such as Nas, Big L and Rakim that pulled him in deeper. In Grade 9 at St. John the Evangelist high school, Fernandes was intrigued by the image on his friend’s T-shirt.

“He said it was 50 Cent. And I asked, ‘Who’s that?’ [My friend] burnt me a CD. In those days it was MP3 CDs, so he gave me 70-80 songs. I didn’t have a CD player, so I used to go to my granny’s house to listen to it. That’s when I discovered Tupac and Eminem. It amazed me, I fell in love with the music,” he says. “I started going to internet cafes, started getting the lyrics, started finding out what some of the slang means.”

A Catholic, Fernandes was also inspired by some gospel rap. “That’s how I got my name, Divine. I even wrote a few gospel songs, but it didn’t work out. They were mostly in English, and maybe they didn’t connect with the audience so much,” he says. Even when he was writing English lyrics, he was thinking in Hindi, he adds. So in 2013, he tried his hand writing Hindi hip-hop verses. “My friends liked it. I put it out there in the world. People started liking what I had to say.”

By now studying in R. D. National College, he’d met a group of like-minded friends. Dreaming of becoming rappers, they formed a crew. More recently, Fernandes has announced the launch of his own company Gully Gang Entertainment.

“I went through that whole stage, wearing 5 XL [size] T-shirts in college,” he says, chuckling. “We used to download our Hindi songs on Orkut (a social networking website that was popular in India in the mid-2000’s). In the beginning there were just a handful of us, then 100-200. Then it just blew up in Hindi.”

When writing songs such as Jungli Sher and Mere Gully Mein – the latter song also featured Naved Shaikh, a.k.a. Naezy – Fernandes drew on his experiences growing up alone in Mumbai. After his father walked out on their family, his mother and older brother found work in the Gulf countries to support him.

“I’ve been living by myself since I was in Grade 10. So if I was feeling lonely, or sad, or angry, I used to just write everything down,” he says. He saved up some of the money his mother used to send him for living expenses, bought a cheap microphone, and started to record himself. “My songs are about my life, my experiences.”

When Zoya Akhtar, an Indian film director famous for movies such as Luck By Chance, Dil Dhadakne Do, and one of the four short films in the Netflix anthology Lust Stories, came across a song by Shaikh called Aafat, she was blown away. While Akhtar appreciated American and British hip hop acts such as Tone Loc, Cypress Hill and Ms. Dynamite, it wasn’t until she heard songs by Shaikh and Fernandes that she was impressed by a local hip hop scene.

“These guys were just legit,” she says, in a phone call from Mumbai. “With Aafat, just the story that Naezy was telling, about his space, who he is, where he comes from – nobody else was talking like that. And he had amazing flow.”

After meeting Shaikh in early 2015, and following the underground hip-hop scene in Mumbai, Akhtar and her co-writer Reema Kagti started thinking about making a film. Akhtar and Kagti were impressed by the passion of these young men.

“I don’t know if it’s an age thing, but we were struck by their idealism. They are not bitter, they are not cynical. They genuinely believe they can change the world,” she says. “It was refreshing. They are just artists. When we asked them to write a love song, they just said no. They didn’t care about the money.

“Having worked in the Indian film industry, you can sometimes forget certain things. Who you are, what you want to say. But these guys know – who I am, and how I can express myself.” 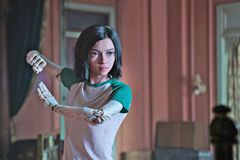 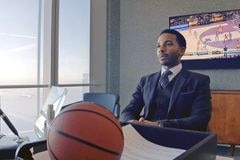 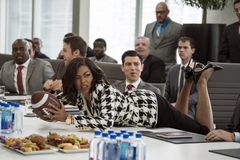