Over the next few months, a lot of people will be telling you just how unexpected and wild and giddily unpredictable the new movie Sorry to Bother You really is.

There will be conversations about its central premise, which involves a black telemarketer, cleverly named Cassius Green (Lakeith Stanfield), finding success by channelling his “inner white voice” (David Cross). There will be fierce arguments about the role of Cassius’s performance-artist girlfriend Detroit (Tessa Thompson), who favours earrings that spell out “Murder Murder Murder” and “Kill Kill Kill” when not espousing communist ideology. There will be heated discussions about Cassius’s employer, Worry Free, a capital-E Evil corporation that offers employment for life, so long as its slave-workers accept penitentiary-like housing and food in lieu of actual salaries.

Oh, and there will be more than a few moments of “Um, what now?” confusion and pure slack-jawed wonder over the film’s final 20 minutes, which involve actor Armie Hammer, copious amounts of cocaine, genetic mutation and well-endowed horses in a configuration that’s best not spoiled here.

So when asked whether it was difficult to produce Sorry to Bother You – to find someone bold and ambitious enough to fund this richly nutty vision of contemporary America – writer-director Boots Riley raises his eyebrows as if you’re the dumbest person in the room. Which, fair enough.

“You know, I probably went through six years of thinking, ‘We’re only three months away from shooting.’ It changed. All. The. Time,” says Riley, 47, in Toronto recently in an attempt to help his film penetrate the summer-blockbuster season. “As it goes on, you’re like, hell, how much time have I been spending on this? But there was also always a little progress being made, every year. It took a while, but it was always being worked on. It was a constantly open document.”

Riley started writing Sorry to Bother You in 2011, when he was already two decades-plus into a successful music career, fronting the acclaimed hip hop band The Coup. The Oakland, Calif., group specializes in socially conscious lyrics, with tracks such as Your Parents’ Cocaine (about an out-of-control house party hosted by the child of warmongers) and the self-explanatory 5 Million Ways to Kill a CEO. The Coup’s success in wedding social-justice and labour issues with propulsive art seemed to be a natural fit for the fiercely political Riley, whose lawyer father represented the Black Panthers.

But Riley didn’t always dream of a life of touring and recording. Before The Coup was signed to a recording deal, he studied filmmaking.

“Back then, at San Francisco State, we were not near Hollywood, so what happened to a lot of folks who studied there is they went to work for ILM [visual effects company Industrial Light & Magic], which was the industry in town, and where you’re not making your own movie,” Riley explains. “Then we got offered a record deal, where we’d be getting paid to make our art, and I felt that’s what would give me more control.”

After using his script as an inspiration for a 2014 Coup album, also titled Sorry to Bother You, Riley ran into author and lit-world kingmaker Dave Eggers. The Bay Area-based publisher of the non-profit literary house McSweeney’s was so impressed with Riley’s screenplay that he released it as a paperback, which led to a wave of attention for Riley the filmmaker, versus Riley the musician. First up was a spot as Artist in Residence at the San Francisco Film Society, and then, crucially, stints at Sundance’s prestigious screenwriting and director labs, where Riley met producers Charles King and Nina Yang Bongiovi, the latter of whom is the producing partner of actor Forest Whitaker.

This past January, seven years after first putting pen to paper, Sorry to Bother You – with Whitaker as one of 16 credited producers, co-producers and executive producers – premiered to raves at the Sundance Film Festival, where it was immediately purchased for worldwide distribution by American indie darling Annapurna Pictures (The Master, Her, Zero Dark Thirty).

But, if we’re being honest, seven years does not seem like all that lengthy a time to develop a movie as ambitious in its scope and unorthodox in its subject matter as Sorry to Bother You. Until, that is, you start talking with Riley and realize the genesis of the film has been living with him for a decade longer, if not his entire artistic career.

“You know I always say I started writing this in 2011, which I did, but the idea came much earlier,” Riley says. “A couple months ago, I was looking through my old notebooks, which is what happens when you’re desperate for song ideas. And then I saw a line where I wrote, ‘Song where I’m a telemarketer selling slaves.’ That was from the year 2000.”

Perhaps Sorry to Bother You – or the heady stew of ideas that must have inspired it – was simply waiting for the right moment to pop out of Riley’s mind and onto the big screen. As the film tracks Cassius’s ascent from lowly telemarketer to “white-voiced power-caller” to toxic titan of industry, Riley expertly and hilariously skewers capitalism, social media, Hollywood’s obsession with violence, and – above all – how class and race penetrate every aspect of Western culture. Inevitably, there will be comparisons to Jordan Peele’s horror-satire Get Out and Donald Glover’s wonderfully twisty Atlanta (both of which also featured actor Stanfield), but to do so would diminish Riley’s bounce-off-the-wall energy and relentless ambition (to say nothing of pigeonholing the visions of Peele and Glover).

Although Sorry to Bother You does cop to at least one major influence (French filmmaker Michel Gondry gets name-checked during one admirably strange stop-motion animation sequence), Riley himself seems to have little interest in stacking up his achievements and aesthetics against anyone else’s. To him, the artistic process – be it making a film or cutting an album – is only a means to a political end.

“The passion of what I want to talk about and see in the world is more than my passion for art,” Riley says. “Whatever is the most engaging and effective thing I can be doing to get my message out is what I’m more hyped about. I believe that to make great art, you have to be passionate about more than the art itself. Otherwise you don’t have anything guiding you.”

Sorry to Bother You opens July 13. 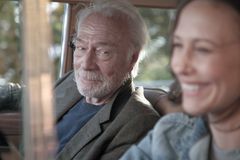 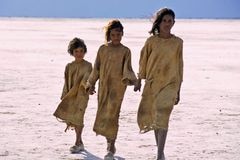