“Congratulations for living in the far superior nation.” These are the first words that filmmaker Natalie Krinsky says during our interview this past July, when it looked like her debut feature, the zippy rom-com The Broken Hearts Gallery, would be one of the first movies to open in theatres since March. That didn’t happen, for pandemic-y reasons alluded to in Krinsky’s lament above. But while I agree with her over the phone on the subject of statehood superiority, I feel badly in spirit.

Sure, Canada looks to be doing better than the U.S. when it comes to the whole world-stalling COVID-19 situation, but once everything inches back toward normalcy – maybe in a year, maybe five – I still feel that the Canadian director’s decision to base her career in Los Angeles rather than Toronto will prove itself to be the right one. If the Hamilton, Ont.-raised Krinsky were here, she might be just now able to direct a few episodes of a CBC sitcom. In Hollywood, she’s been afforded more opportunities than an entire cohort of Canadian Film Centre alumni.

Ahead of The Broken Heart Gallery’s theatrical release this weekend – for real, this time – I spoke with Krinsky about sex, love, and the unique pressure of having Israeli immigrants for parents.

Review: Quasi-Canadian rom-com The Broken Hearts Gallery is half revolutionary, half sitcom-simple

You’ve enjoyed an exciting journey in the media world since attending Yale, where you wrote a campus newspaper sex column that tended to go viral. Then it was writing a novel, then writing for television on Gossip Girl and Grey’s Anatomy, and now directing. What have the transitions been like?

It has been a giant learning curve. There was something very innocent about the column, because I didn’t think anyone was actually going to read it. There’s a freedom in that low-pressure situation, about just being 19 years old and filled with hormones living in a dorm. But it puts the spotlight on you on campus in a strange way. I honestly just wanted to be a writer, and that was an opportunity to learn how. The theme of all this is jumping in feet-first and learning after I commit. You become a better writer by continuing to write. My first script wasn’t good, and my first adaptation wasn’t great. But you keep doing it, and it turns into the Malcolm Gladwell 10,000 hours thing.

And I guess there were some lessons about persistence from your parents there ...

Hard work and persistence, although I don’t think that they sent me to Yale hoping that I would write a sex column. Yale kids are not supposed to have sex. They’re supposed to become the president! But our presidents have sex, who knew? I like to throw them a curveball every once in a while.

How long have you been working on the script for The Broken Hearts Gallery? I noticed it was on The Black List [a film industry ranking of the best un-produced screenplays] back in 2011.

The original idea has been in my life for over 10 years now. I wrote the first draft when I was 25 years old, living in L.A., and had just been fired from my job. I broke up with my long-term boyfriend and was moving apartments when I began culling the remnants of that relationship. I had always wanted to write my own version of a romantic comedy like When Harry Met Sally or Broadcast News, and here was the idea. It was almost made a few times and then didn’t go the whole way. Then four or five years ago, No Trace Camping, a Canadian producer/financier with offices in Toronto and L.A., read it and said to me, “Why don’t you direct it?” I thought, thank you for letting me know what it means to be a straight white guy, I’ll do it. I jumped in again, hoping for the best and learned along the way.

During the process of writing and rewriting, were you aware of Croatia’s Museum of Broken Relationships, which has a very similar concept: exhibiting the detritus of failed romances. Or Haley McGee’s play The Ex-Boyfriend Yard Sale?

How important was it for you to cast Geraldine Viswanathan, Utkarsh Ambudkar and Phillipa Soo? This a very diversity-forward cast, which mainstream rom-coms just aren’t used to showcasing.

I wanted to make a film that was emblematic of what a real group of friends looks like, and what New York really looks like. That was the ethos of it. And I also wanted to see a woman lead a romantic comedy who we haven’t seen before. And besides that, Geraldine is an incredibly gifted comedian and actress.

You’re Canadian. The film was shot mostly in Canada. And your producing team is Canadian. But the film is a New York story. So, do you consider this a Canadian movie?

It is. We only shot two days in New York and 23 in Toronto. Most of our department heads, a lot of the casting, and all of the crew was Canadian. Toronto embraced us, and we embraced Toronto back.

Did filming here make you want to depart L.A. for a career back in Canada?

I think I’d like to divide my time. I want to continue making films and television in Canada, and continue doing the same here. I’ve been lucky to have the option to do both. My plate is full, and I’m excited to be writing as much as I can right now in quarantine. Because that’s all I can do.

How do you reconcile promoting a movie when it’s right now unclear when the movie is going to be released?

We have a great partner in Sony Pictures, and they’re monitoring the situation, and when they feel it’s safe to release, it’ll be embraced by audiences. I certainly didn’t imagine I’d be releasing my first film at this time, but I’m proud of it and how we made it. I think when the time is right, it’ll find its audience. I hope people will see it and enjoy it in a safe way. 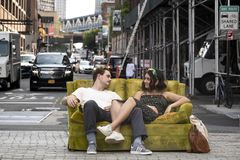 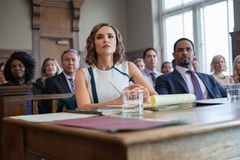 Film Review
I Propose That We Never See Each Other Again After Tonight wants to make Winnipeg Canada’s rom-com capital
Subscriber content
September 2, 2020 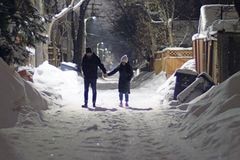