If you have a grandma, and you have a heart, you might leave The Farewell in tears. I’ll admit to being a little damp after watching Lulu Wang’s second film, “based on an actual lie,” about her family’s true story of lying to her grandmother about her cancer diagnosis, and the subsequent long goodbye. Though I am not the first: As Wang has witnessed firsthand, fans have not stopped approaching, misty-eyed, telling her about their own grandmas. It’s even happened while getting her morning coffee.

“You’re the director of the film from last night!” her barista realizes. He goes on: “I hadn’t talked to my grandma in a few months, and I love my grandma, so the first thing I did was I woke up super early so I could call her.” Her coffee run has been interrupted a few times now, and for Wang it is far from getting old. “It means a lot,” she says.

It’s this sort of universal experience, that of family, that has helped heap buzz on The Farewell as it opens to wider audiences in the United States and Canada this week. But by Hollywood film convention, it’s a surprise it was made at all, as true to the writer-director’s specific vision as the one that earned her rejections from potential partners early in the pitching process. “I think they overlooked just how many people would resonate with this feeling of being in between two different worlds and two different cultures,” she tells me in conversation at a hotel bar in Toronto, where the film opened last week.

The Farewell focuses on Billi (played by breakout actress Awkwafina as Wang’s stand-in), who is startled not only by the news of Nai Nai’s (Shuzhen Zhou) failing health, but by her extended family’s decision to follow a common Chinese practice of keeping sick loved ones in the dark – for the sake of their health, goes the logic. So Billi, stubbornly holding out hope for a more Western truth to prevail, and a standout cast of parents and various elders, holding steadfast to their Eastern collectivism, descend on Changchun, China. There they eat lots, they fight to express their love their way, they (secretly) pay their respects to grandma in the guise of a wedding banquet for a grandson.

It was only after telling her story on the podcast This American Life that savvy producers began to see the movie within. Eventually, a raved-about screening at Sundance turned into a reported $6-million to $7-million deal with A24 in the U.S. In the process, Wang and her production partners turned down nearly $15-million from a streaming service to work with the darling indie distributor.

Back in those early days of rejections, Wang says she would get asked: What are the stakes? “'Oh, the stakes are losing the grandma,'” she would answer. “It almost seems like Hollywood was saying an 80-year-old Chinese grandma is not high enough stakes to make a movie around. No it’s not the apocalypse, but on the inside it feels like the apocalypse when someone who you love dies. You can make things feel high stakes by how you approach the subject matter.”

Wang’s approach to said subject matter is a story wrapped in hard-earned specificity, with authenticity as its reward. What struck me, in a much different way than a Hollywood suitor, was the script, which is predominantly in Mandarin and subtitled on screen. The Farewell isn’t a foreign film, but it deals in foreignness. Multiple times, Billi stops the flow of conversation to ask what something means – mei nu, she’s told, means “beautiful girl,” or a more complicated phrase translated as “raising a kid is like playing the stock market” – all these new-found idioms that have passed her by since leaving China as a six-year-old (much like Wang’s own immigration to Miami at the same age). It’s a feeling I know too well as a very nonfluent Cantonese speaker, and my wife, too, as a fluent Polish speaker who left that country at a young age like the director. “She can’t communicate the truth, but on a deeper level, she literally can’t communicate things because of her limited language abilities,” Wang says.

Even the little English spoken is wielded to sharp cross-cultural effect: In one pivotal scene, Billi prudently switches languages when speaking to a doctor in her Nai Nai’s presence. “I’ve done that!” she tells me of speaking English with her mom in front of her grandma. “But then she might intentionally respond in Chinese, to throw me under the bus. It’s all of these levels of how we use language to evade, but also confront.”

More helpfully, her parents lent a hand to colloquialize the Mandarin of the initial script to better capture the energy of the semifictionalized family; Wang felt the language too formal after getting back a version from a translator. It’s the mark of a filmmaker fully in tune with the cadences of her work, but a refinement that risks being lost on viewers. I wonder, perhaps too much like an executive, and ask: As more audiences see her film, so specific as to shoot in Changchun, her grandma’s real-life hometown, who will most appreciate its most personal touches?

“I think everyone,” she starts. “But first and foremost it’s for me. If I don’t resonate with it, then I’m going to bump every time I watch the movie.” Beyond that, she’s confident that non-Chinese speakers need not literally comprehend the nuances – they’ll feel them. “Because it’s texture, it rises above the literal words. It’s just a feeling.”

In the near future, there’s promise of yet more fascinating wrinkles in how audiences view The Farewell: Recently it picked up a Chinese distributor. A Mandarin-language Western film centred on a Chinese-American protagonist and set in China has no real precedent in, well, China. Billi will be a test case for whether the character will resonate with young Chinese the same way she has with children of immigrants in New York, Los Angeles, Toronto and Vancouver. In that regard, Wang remains absolutely trusting that her film’s cultural appeal will be just as familiar in global cities like Beijing and Shanghai.

“If you’re making international friends, if you’re picking up from Western media, I think that your perspective on the world, on life, is going to be very different from that of your older family,” she observes of her birth country’s modern dynamic. “I do think that young people will see themselves in Billi even if they’re not American.”

The Farewell’s push and pull – between truth and lies, individual and group, East and West – feel like parallels to Wang’s grappling with Hollywood’s machinations. In some compromised alternate reality, we may have had The Farewell, the romantic comedy starring Billi with a side helping of grandma, or a juxtaposed character conjured up to represent Chinese values. How hard was it for Wang to remain committed to the exacting story she wanted to tell?

“Whenever someone would disagree with me, I would just tell them they’re racist,” she says with a quick laugh. “I’m joking, I’m kidding!” She acknowledges her luck on this project, and will work with producers at Big Beach again on her next feature, a sci-fi thriller called Children of the New World. “I’ll just continue to fight for what I believe in, and that’s all I can do really.”

For now, she is letting the baristas of the world be her gauge for The Farewell’s success.

“If my film does nothing else but get people to call the ones they love and make them recognize that they haven’t talked to them in a while, that’s already a tremendous butterfly effect. I just imagine all of these phone calls across the world to grandmas and it makes my heart happy.” 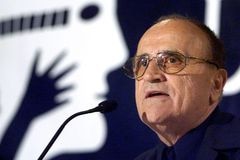 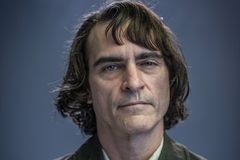 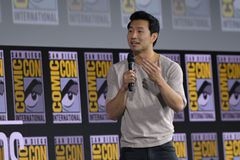