Barry Hertz
Published May 21, 2021 Updated May 27, 2021
Comments
Text Size
Please log in to listen to this story. Also available in French and Mandarin. Log In Create Free Account

In another reality better than our own, this article would be The Globe and Mail’s review of the new horror film A Quiet Place Part II. But because Paramount Pictures Canada decided to open next Friday’s highly anticipated sequel only in theatres – 90 per cent of which are currently shuttered across the country – and with no digital-release option in sight, you’re getting this highly frustrated column instead.

It is now official: Canada’s one-dose summer movie season is going to suck.

It’ll be a great one for streamers, though. Netflix has the Jason Momoa thriller Sweet Girl and the Fear Street trilogy. Amazon Prime Video has the Chris Pratt sci-fi adventure The Tomorrow War. And Disney+ is throwing locked-down Canadians a bone by offering Cruella, Black Widow and Jungle Cruise, albeit through its Premier Access feature, which requires a one-time fee of $34.99 per movie.

But for the many Canadians who have not been permitted to set a foot inside a multiplex in more than half a year – basically, those not living in Atlantic Canada or Quebec – this will be an especially cruel summer. Especially as we’re forced to watch our fully vaccinated American neighbours flock to the cinema freely, with no masks and no capacity restrictions to boot.

So: Who’s to blame? First up is Canada’s tragicomedy of a vaccination rollout, with condemnation spread across all three levels of government. Then we can drill down on the provinces, given how most treated movie theatres like they were COVID-19 hot spots, when the data says the exact opposite. Reserve a special shout-out to British Columbia’s bewildering logic for allowing indoor dining to continue while movie theatres were ordered shut, and to Ontario for this week pushing back any hope of reopening into August.

But after that, moviegoers should direct their ire toward certain Hollywood players – some of whom are treating Canada as a nice-to-have but ultimately disposable marketplace.

Typically, Canadian moviegoers account for about 10 per cent of the North American box office – a not-insignificant number. But instead of acknowledging the fact that we simply cannot access theatres, and thus should have some digital option for new releases, U.S. studios are seemingly content with leaving cash on the table. And as a result, Canadians are being ignored at best, insulted at worst.

Paramount isn’t the only offender with its A Quiet Place Part II strategy. The other week, Lionsgate released its buzzy Saw reboot Spiral exclusively to theatres, without offering a date as to when it will be available digitally. Sony Pictures took the same tact with The Unholy in April. Entertainment One opted to not release the Tom Holland/Daisy Ridley sci-fi thriller Chaos Walking at all here when it was released in the U.S. March 5. (It eventually sent it to video-on-demand here a month and a half later.)

It’s a big, wide, depressingly open question as to what will happen with this summer’s most anticipated films, which are (so far) slated to only open in theatres, both here and in the United States: the Fast & Furious sequel F9, the Ryan Reynolds action comedy Hitman’s Wife’s Bodyguard, the Sundance sensation Zola, M. Night Shyamalan’s new thriller Old, the Dev Patel medieval fantasy The Green Knight, Paramount’s G.I. Joe spinoff Snake Eyes, and more.

It is easy to sympathize with studios that want their wares shown exclusively in the big-screen environs that they were designed for. Just as it is easy – and necessary, if we want to ever go to theatres again – to recognize the situation facing Canada’s struggling exhibitors, who naturally aren’t keen on playing movies that are also available for home viewing.

But the on-the-ground reality right now of releasing movies strictly in Canadian theatres does not make any sense, from either a financial perspective or one of basic consumer respect.

When Warner Bros. released Godzilla vs. Kong in March both in Canadian theatres and on premium video-on-demand (PVOD), the studio earned $3-million from digital revenue alone during the film’s opening weekend – not a blockbuster number, but nothing to sneeze at, either. Canadians want to see new movies. And if the only way that they can do so is at home, then distributors should wake up to the demand and shift their supply. The choice to go theatrical-only right now in Canada is no choice at all.

Some studios, at least, are recognizing the impossible reality that Canada represents. As with Godzilla vs. Kong, Warner Bros. has released all its 2021 titles in both Canadian theatres and on PVOD, a trend that should hopefully continue with its summer slate including The Conjuring: The Devil Made Me Do It, Space Jam: A New Legacy, and The Suicide Squad. (It helps that in the U.S., Warner was also sending its films to both theatres and its fledgling streamer, HBO Max, which is unavailable here.)

And thanks to a unique deal struck with exhibitors worldwide, including Canadian giant Cineplex, Universal Pictures has been sending its smaller films – including March’s Bob Odenkirk thriller Nobody – to PVOD three to four weeks after they hit theatres.

But unless things change, and change fast – from either the government side, or the business side – many Canadians are going to miss the 2021 summer movie season. Hope everyone likes tennis. 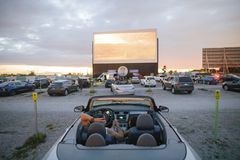 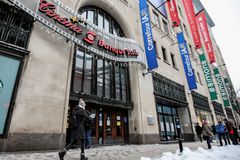 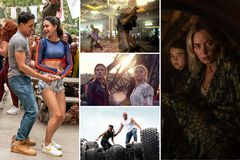