Barry Hertz
Published May 13, 2021 Updated May 13, 2021
For Subscribers
Comments
Text Size
Please log in to listen to this story. Also available in French and Mandarin. Log In Create Free Account

On the one hand, it is absolutely the best time to be working in the Canadian film and television industry.

Despite pandemic-era restrictions, there are more productions filming right now than at almost any point that insiders can remember. (For instance: there are 50 per cent more film and television shoots happening in Toronto this week than in March 2020, just before COVID-19 shut everything down.)

On the other hand, it is absolutely the most nerve-wracking time to be in the Canadian film and television industry. With Bill C-10 and its promises of a better future for domestic producers on the verge of collapse, Telefilm’s entire structure undergoing intense review and cinemas still shuttered across the country, there is a cognitive dissonance overwhelming the sector.

“But what we’re doing is we’re focused on the work – these shows and films that we’re celebrating are about the work and not about the noise around them,” says Janson, Zooming from her home office. “People will see that, and hopefully discover something, a film or television show, that they hadn’t seen before.”

On that point, this year’s CSAs are actually a little different than usual. Instead of the typical assortment of deeply under-the-radar films that few Canadian moviegoers have even heard about, this year’s nominated movies – including Indigenous zombie thriller Blood Quantum, coming-of-age drama Funny Boy, domestic drama The Nest, family drama Falling, dark comedy The Kid Detective, gross-out sci-fi flick Possessor – all received well-marketed releases. The same goes for the television side of the CSAs, where pop-culture phenomenon Schitt’s Creek leads with 21 nominations.

But there lies the rub for this year’s CSAs. How Canadian should we consider, say, director Sean Durkin’s Jude Law vehicle The Nest, which was shot in Canada by a Canadian-born filmmaker who made his name stateside, stars an international cast and takes place in Britain? Or Viggo Mortensen’s Falling, which was shot in Canada, but directed by an American, stars Americans and takes place in America?

“This is the question that is part of my daily life, and I get very passionate arguments on both sides in terms of what is Canadian,” says Janson, noting the push-pull between honouring creative talent and recognizing who is putting up the funds and resources to get these stories produced. “I would like to see the academy take more of a nuanced approach to this sort of thing. For us, it’s not a question of tax credits, it’s a question of culture.”

Which is why Janson has put together a special eligibility committee, which will aim to strike the balance between celebrating the homegrown industry and avoiding charges of being protectionist and nationalistic.

“We have to understand that the way things are brought to the screen is often done in an international, global way,” says Janson. “We’re in the process of doing in-depth meetings with our different stakeholders. We don’t have a plan yet, and maybe nothing will change. But we want to do what’s best for the community, and we’ll have more information soon.”

What is concretely planned is the structure of this year’s CSAs, which will be presented as a seven-part “genre-based” series of narrated presentations live-streamed on Academy.ca and its social-media channels starting May 17, leading up to the main event on the evening of May 20, when the most prominent awards will be announced. While organizers were hoping for some kind of in-person element when plans first took shape this past fall, reality forced producers to again go the online-only route.

But the Academy also learned lessons from last year’s more on-the-fly virtual CSAs: It has upped its production values across the board and hired an actual creative team – including creative producer Carlos Navarrete-Patino (Cirque du Soleil), head writer Kris Siddiqi and composer Harrison Robinson – instead of trying to do everything in-house. And Janson has kept a close eye on what every other arts organization in the world has attempted over the past year-plus. Including last month’s Oscars, which in a peculiar move decided to eschew showing footage of most of the nominated work.

“So much of [the CSAs] are about discovery for the general public, so we’re going back to the idea of showing as much of the nominated work as possible,” says Janson. “I think [the Oscars’ decision] was a really strange choice, but for all the stuff that didn’t work, it was a bold attempt to do things differently.”

What the CSAs and the Oscars will have in common, though, is a ban on Zoom acceptance speeches.

“Even if you’re in Jennifer Aniston’s living room, which is cool, that’s not what our industry is about,” she says. “We’re encouraging nominees to have watch parties and record themselves and their reactions, and then post it online and we’ll share that ... We want to make this a second-screen experience. I don’t know about you, but I never watch an awards show without looking at Twitter or other social media platforms.”

Since the pandemic began, the academy has used the disruption to reimagine every facet of its structure – including the introduction of a wealth of diversity initiatives. But Janson is also aware that arts organizations need to balance the expectations of reinvention with the reality of survival.

“I feel we need to be supportive if we want them to continue to exist. But also if you don’t have a true raison d’être right now, you’re in risk of going away,” she says. “So this is forcing every arts organization to ask themselves, ‘Why do we exist?’ If you’ve been focused on the parties and the gatherings and that sort of stuff, you need to realize that there is more to it than that. There has to be.”

The 2021 Canadian Screen Awards will be presented May 17 through May 20 on Academy.ca, with the main event live-streamed May 20 at 8 p.m. 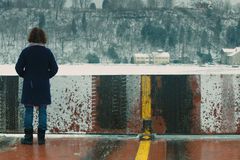 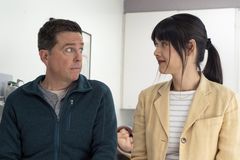