Zombies have always been a fixture of Cannes, those sunstruck shoppers who roam the Rue d’Antibes, catatonic from too much soleil and too much wealth, murmuring “Ah, c’est joli, mais non, c’est moche,” as they survey the bounty of luxury goods in every window.

Jim Jarmusch imagines an Americanized version of these materialistic creatures in The Dead Don’t Die, a zombie apocalypse that opened this year’s Cannes Film Festival on Tuesday. His undead return from the grave not with a taste for Fendi or Dolce & Gabbana, but for things that the director assumes his compatriots in the heartland of Donald Trump’s United States hanker after: candy, coffee, Xanax, free cable, Snapple, Popsicles, WiFi and chardonnay. That last item is a dead giveaway, forgive the pun, of the director’s condescension: No one in his Centerville, “A Real Nice Place,” as the middle-American village that serves as the (too) emblematic setting for Jarmusch’s zombie hoedown calls itself, would consider drinking sauvignon blanc.

Cannes 2019: What to expect on the esoteric end of the Croisette

That the horror genre and its various offshoots, including that dedicated to flesh-eating ghouls, is ideally suited to political allegory hardly qualifies as a novel perception half a century after George A. Romero’s Night of the Living Dead, a film to which Jarmusch pays repeated homage. Belatedly inspired by Romero’s sly ability to transform the genre into social critique, Jarmusch fashions The Dead Don’t Die as a commentary on our heedless, vicious times, and in the process comes off as a moralistic scourge. As the film opens, polar fracking has sent the planet off its axis, and Centerville has been beset by bizarre events. The sun takes too long to set, then refuses to rise on time. The natural world is agitated, though not the three local police, who serve as the film’s collective protagonist, all of them becalmed and ironic behind their nerdy glasses.

Jarmusch favourites Bill Murray, Adam Driver and Chloe Sevigny assume the prescribed deadpan demeanour of the director’s disaffected world, though after the dead arise from their graves and begin chowing down on the townspeople’s entrails – Jarmusch revels in the copious viscera – the unfortunate Sevigny spends most of her time shrieking and sobbing, a latter-day Fay Wray (or “scream queen,” as the genre dictates).

The Dead Don’t Die feels like a desperate attempt to revivify Jarmusch’s hipster cred along with Centerville’s corpses. Early on, a delivery man intones a koan that the director obviously intends as both ethical imperative and cool quotable: “The world is perfect. Appreciate the details.” To compound that Zen sententiousness, Jarmusch adds his stalwart actor Tom Waits as Hermit Bob, a wild man who lives in the woods, observing the goings-on in town through binoculars, all the while offering oracular commentary on Centerville’s inhabitants, who he claims have lost their souls in their chase after mammon and “stuff” – including, strangely, new “trousers” – so remain restless in death to continue their materialistic pursuits.

From his last foray into horror, the vampire farrago Only Lovers Left Alive, Jarmusch invites back Tilda Swinton, who offers the sole wit in The Dead Don’t Die as a Scottish mortician who studies fashion magazines to make up her corpses; wields a mean sword as a samurai, chopping off zombie heads with happy alacrity; and is finally revealed as an extraterrestrial. That pileup of eccentricities suggests that the director cannot leave well enough alone. He inserts lame meta devices late into the lethargic script and runs his jokes ragged – one about the speculation that the initial disembowelments might be caused by wild animals, unfunny in its first utterance, is repeated no fewer than four times – until the viewer feels like the beleaguered police chief played by Murray who, faced with listening to the film’s theme song once too often in one of its meta moments, cries: “Oh God, not that again! Goddamn, I can’t take any more!” 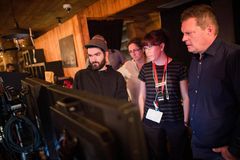 Peterloo director Mike Leigh aims at decoding history in terms of how we live today
Subscriber content
May 14, 2019 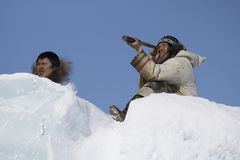