Bill Murray fighting off zombies and an Elton John biopic tracking the singer’s early days will be among the highlights at this year’s Cannes Film Festival, though Quentin Tarantino’s hotly-anticipated latest outing looked set to miss out.

Unveiling the lineup for the 72nd edition of the cinema showcase, festival director Thierry Fremaux described the selection as a “romantic and political” mix highlighting a colourful array of characters, from the walking dead to painters and migrants.

One major name not to make the list, however, was Tarantino, whose “Once Upon A Time In Hollywood” was hotly tipped to make it to the festival, held in May on the French Riviera.

“Quentin Tarantino’s film is not ready...but he is sprinting” to finish it, Fremaux told a news conference, adding there was a slim chance it could yet make the lineup.

“I wish him luck, I wish him to be ready, I wish above all that he will make a beautiful film, what I’ve seen of it so far is magnificent,” Fremaux said.

The May 14-25 festival will kick off with U.S. director Jim Jarmusch’s latest film, “The Dead Don’t Die.”

One of the 19 contenders for the Palme D’Or top prize, the tale of a small town under siege from zombies boasts a star-studded cast including Murray, Tilda Swinton, Iggy Pop, Danny Glover and Selena Gomez.

Spanish director Pedro Almodóvar – who presided over the jury at Cannes two years ago, a spot handed this year to Mexico’s Alejandro Gonzalez Inarritu – will also be in contention for the top award with “Pain and Glory.”

The movie, which reunites actors Penelope Cruz and Antonio Banderas, tracks the travails of a filmmaker.

Terrence Malick will also enter the competition with “A Hidden Life,” set against the backdrop of World War Two.

As last year, Netflix films will be conspicuously absent from Cannes, with the online streaming and media group at odds with the festival over its rules requiring productions to be shown in French cinemas.

Organizers said that no Netflix films were ready in time for the festival this year in any case, and the requirements had not yet shifted, though the battle was forcing the industry to rethink.

“We’re watching this space, there’s a fundamental change happening in our habits,” festival president Pierre Lescure said. “In 3-5 years from now, we won’t be able to have a one-size-fits all approach for all films. We’re going to have to find more flexible, innovative rules.”

Outside the competition, Elton John biopic “Rocketman,” starring Taron Egerton, will be one of the highlights of the screenings, with the singer set to attend.

South Korean director Lee Won-Tae’s “The Gangster, The Cop, The Devil” was picked for a special midnight showing.

Fremaux said there was a common thread in the selected films: “These are films about little groups of humans who are fighting adversity.”

The festival will pay tribute to French film pioneer Agnes Varda, an influential force behind the New Wave movement who died in March and features on the event’s poster.

French actor Alain Delon, 83, will be awarded the Honorary Palme d’Or for a career that included Luchino Visconti’s 1963 “The Leopard.” 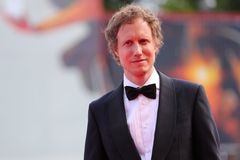 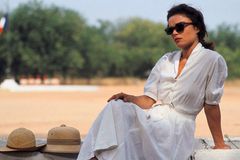