If your first memories of J.K. Simmons are like mine, talking with the actor presents itself as a terrifying opportunity. But the actor, whose breakthrough role as the murderous neo-Nazi prisoner Vernon Schillinger on HBO’s Oz traumatized a good part of my adolescent brain, is also something of a secret comic-weapon. In everything from the Spider-Man films (where Simmons plays the cigar-chomping newspaperman J. Jonah Jameson) to Justice League to last year’s pandemic-era hit Palm Springs, Simmons proves that he can flex his comic muscles as much as his more intimidating features. Heck, he’s even sorta funny as the ultra-intimidating music instructor in Whiplash, the film that netted him an Academy Award.

The streak continues with the upcoming film The Tomorrow War, the big new wannabe blockbuster from Amazon Prime Video, where Simmons plays the muscled-up, bon-mot-tossing father of Chris Pratt’s time-travelling soldier. (If your dream is to hear Simmons utter the line, “I wish Stevie Nicks showed up naked with a jar of pickles and a bottle of baby oil,” then you can die happy.)

Ahead of The Tomorrow War’s release July 2, Simmons spoke with The Globe and Mail about working out, playing the pussycat and rattling audiences’ nerves.

I have to say, you are absolutely jacked in this movie. What kind of workout regimen were you undergoing in preparation?

Oh, whatever my trainer Charles Cooperman in New York told me to do. Picking up heavy things. Climbing. Sweating like a man half my age. Basically trying to look like Chris Pratt could be my son.

You’re no stranger to the gym, though, as a few years ago fans were shocked to see you in photos snapped at a gym where you were absolutely ripped. Many assumed it was in preparation for Justice League, but it turns out that you just enjoy working out.

Yeah, “Shredded Santa” is what my son’s friend called those photos. I’ve had a few parts in a row where the script says, “He’s in pretty good shape for a guy his age,” and I love the motivation. About 12 years ago, I was just in horrible shape, and had gotten even fatter for a movie. The director wanted me to pack on the pounds and I foolishly agreed, because I found it’s very hard to get back in shape when you’re 55. A while back, I asked my pal James Duff, who was head writer on the show The Closer, which I was doing at the time, “Would you write something here and there mentioning my character feels fat and needs to lose weight? And then later someone can compliment him on losing 10 pounds?” I need that extra motivation.

The Tomorrow War is an interesting film for you. As in: We get 90 minutes into it, and I’m wondering, hey, is J.K. coming back at any point? And if so: How?

Yeah, I feel like ever since I started becoming number one or two on the call sheet, I like taking these little parts to throw people’s expectations off. I’ve done several things recently where it’s just a scene or two where, for whatever combination of reasons, it’s interesting enough to do. I do like the fact that my level of recognizability, if that’s a word, now throws expectations askew sometimes. But you know, in the Spider-Man movies, I’m just doing a scene or two, too. They’re not going to make a J. Jonah Jameson movie.

Well, not yet. But it is interesting, that little accent you add to every project. I think of these in-and-out characters as jerks with charm, a job that you seem to have perfected over the years.

My first exposure to your work was on Oz, which I grew up watching with the volume turned down very low in my parents’ living room. Now that the show is so widely available to stream on HBO Max, do you find a different generation of viewer recognizing your work there?

Oz was a first for me, too, because I was really only a theatre actor until about a year before then. It was huge for a lot of the cast. Now that it’s on again, and I’m just an older and wrinklier version of the same bald white guy, I’m getting more recognition again, much to my children’s consternation. But they haven’t seen it, as far as I know. We certainly sheltered them from it for a long time. Better than your parents did.

Which Liam Neeson revenge movie is his best? We rank the king of Daddy Action’s cheap-thrills canon
June 20, 2021 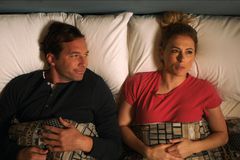 Film Review
Pixar’s Luca is the Italian seaside escape you and your kids need this summer
June 16, 2021 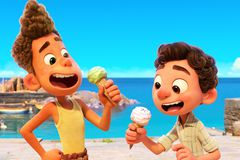