It seems so unlikely as to be almost absurd.

In the spring of 2012, the Hot Docs film festival took a quixotic leap of faith when a board member purchased the bruised and battered Bloor Cinema in downtown Toronto, poured millions into a luxe renovation, and tapped the organization to run the place as a year-round shrine to documentaries. Never mind that single-screen cinemas were becoming as rare as northern white rhinos; or that money-spinning docs were rarer still; or that the streaming service Netflix was about to start hoovering up documentaries and keeping them out of cinemas.

Yet six years later, as Hot Docs prepares to kick off its annual 11-day documentary festival next week, its home on Bloor Street West – at 650 seats, the largest of its kind in the world – is now reliably profitable, according to financial statements the organization shared with The Globe and Mail.

The theatre survives through canny programming built upon data – albeit the anecdotal rather than the algorithmic kind – to find crowd-pleasers. And it has learned through relentless trial and error how to package earnest but hard-to-sell docs for finicky audiences.

Its success offers lessons for those foolhardy sorts who may want to give independent cinema operation a shot; for small businesses trying to refine their customer service; and for movie fans curious for a glimpse behind the curtain.

It might even make for a compelling documentary, because there have been some hard lessons along the way.

An oral history of Hot Docs: How the festival went from humble beginnings to industry dominance

When the theatre first opened, “We just thought, we’ll do a retrospective on [the legendary documentary filmmaker] Albert Maysles, they’ll beat the doors down,” recalls Chris McDonald, the Hot Docs president who heads up the cinema operations. “Nope. We do screenings of [Maysles’s] Grey Gardens, and we don’t get a lot of people.”

It was confounding: The core Hot Docs audience, the ones who threw down $350 for unlimited passes or snapped up books of tickets and then raced from one screening to the next during the festival, adored filmmakers such as Maysles. Programming a 364-day-a-year cinema demanded a different strategy.

To turn a profit, the Hot Docs Ted Rogers Cinema (renamed from the Bloor in 2016 after a $5-million donation from the Rogers family helped the organization buy the theatre from the board member, Neil Tabatznik) needs to pull in an average of 100 audience members per screening.

“One of the things that was fascinating to us, which we learned by doing, was – this is a retail operation,” McDonald adds, sitting in the Hot Docs offices on Spadina Avenue just south of Bloor Street with Brett Hendrie, the festival’s executive director.

“It’s very different from the festival, very different in terms of the types of films we can play. Our [year-round] cinema audience gravitates more towards commercial fare. Lighter films about art, design, culture, music. Not Ukraine, not the Spanish Civil War – not any civil war. So, that was a bit of a light-bulb moment.”

Still, intelligence scraped from the festival does help inform programming for the cinema: Films that do well with single-ticket buyers, and audience-choice winners, are usually reliable hits.

McDonald jokes about wanting to develop an algorithm, like the ones Netflix uses to uncover and promote films within its catalogue that individual customers might like. “We have a database where we can search on subject matter that we’ve come up with ourselves. So when we have our program meetings, we can say: ‘Biographical films on antiheroes.’ Or ‘Evil dictators.’ Or whatever. We did the Nixon film – nobody came. So odds are, a film on Pinochet might not do well, do you know what I mean?

“Jazz films do really well. Films about music do really well. Anything you can imagine in a really good New Yorker article, with that kind of a story, tends to do well. Broadly speaking: art, culture, design, travel – I’m giving away all our secrets. What we call ‘virtual tourism’: Really, really well.”

The cinema keeps 59 cents of every dollar it takes in at the box office, with 41 cents going to a film’s distributor.

Hot Docs shared its most recent annual income statement with The Globe, which indicated the cinema made a profit of approximately $207,000 on revenue of $2.1-million in 2017. Box office made up the largest share of its revenue (approximately $709,000), representing about 34 per cent of total revenue. Other revenue came from special programming such as its podcast and Curious Minds festivals ($318,000), both relatively new initiatives; concessions ($366,000); and membership sales ($232,000). It also earned about $282,000 from rentals. (The festival pays to rent the cinema from itself.)

One key ingredient the income statement doesn’t show is the free labour donated by volunteers, who also power the festival: Ticket-takers typically get a complimentary popcorn and free admission to the film they’re working.

After a couple of big docs on Bob Marley and Amy Winehouse sent its box office soaring in the early years, McDonald said they were bewildered to see numbers plummet. That’s when they realized that, like the big theatre chains, they were at the mercy of the product pipeline. But, unlike the chains, they were able to respond by aggressively packaging and branding older films into a series of programs: mini-festivals, if you will – True Crime Tuesdays, Doc Soup Sundays, This Film Should Be Played Loud (music movies).

They even discovered a way to draw in audiences with civil-war docs, which form one part of their Films Changing the World program stream.

Sometimes, they admit, it would be nice to be able to play first-run fiction films. “One Judi Dench film can make your year,” McDonald says .

But, Hendrie notes , the cinema’s singular focus helps brand them in an overcrowded marketplace. “When I go on social media, I see people say, ‘I went out to Hot Docs last night.’ They don’t say, I went out to this film last night.’”

McDonald acknowledges that Netflix – which is a sponsor of the festival – has shifted the landscape.

“They tend to avoid traditional theatrical distribution. That makes it tougher for us,” he says. “At the same time, the counterargument would be they’re helping to create an appetite for documentaries, and a lot of people are watching docs and understanding their love of docs in a different way and maybe looking to our cinema and festival [to satisfy that].”

Still, “we’ve been nervous about technological changes and advances for 20 years,” he adds. “And nothing has – yet – come along to replace that magical feeling of being in a darkened cinema with hundreds of strangers.”

Hot Docs runs from April 26 to May 6 at various Toronto venues (hotdocs.ca). 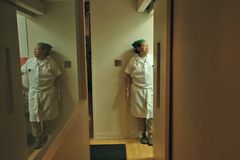 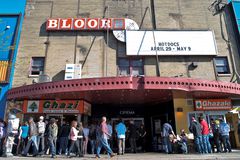 Hot Docs films take on the myth and mystery of celebrity
April 25, 2018 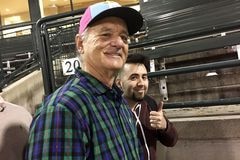