Before beginning to research his documentary Three Identical Strangers, British director Tim Wardle was in the “nurture” camp. In other words, he firmly believed that the environment we grow up in plays a pivotal – even bigger – role in shaping our identities than genetics.

But after five years working on this project – and becoming immersed in the lives of three brothers who were separated at birth only to find one another by fluke in the early 1980s – he switched his thinking and came to accept that, in this case especially, nature won out over nurture.

“I went into this film very heavily weighted on the nurture side of things, as I think a lot of liberal film-types are,” Wardle says. “But along the way, I met people who really challenged me on that.

“Also, we had our son as I was making the film and he came into the world with certain characteristics that I have absolutely no control over.

“Ultimately, this film suggests it’s a balance. You know you are born with certain biological predispositions, but then your environment shapes how those predispositions are expressed. Both nature and nurture, I realize, play a role in how we become the people we are.”

In 1980, 19-year-old freshman Robert Shafran strikes off for Sullivan County Community College in upstate New York, an obscure school not far from where he grew up in a loving Jewish family. Immediately, he’s struck by how welcoming everyone is. Guys slap him on the back. Girls hug him. But, weirdly, everyone calls him Eddy.

That night, another student visits Shafran’s dorm and asks if he was adopted. The resemblance, he explains, to someone who went to this school is remarkable. The pair decide to drive to Eddy Galland’s home. Galland opens the door and the two teens stare at each other in shock. They have the same head of dark curls, the same big-toothed smile. It turns out they also walk the same, smoke the same brand of cigarettes and both prefer older women.

The triplets become celebrities, appearing on The Phil Donahue Show, and even making a cameo in the Madonna film Desperately Seeking Susan. Footage from that time, as Wardle puts it, shows “the purest expression of joy I’ve ever witnessed in my life.”

But then the story darkens. Without giving away too much, Three Identical Strangers becomes a suspense-filled exposé about how a prestigious Jewish adoption agency in Manhattan played a role in a secret study (the results of which won’t be unlocked until 2066) that separated identical siblings (without the adoptive family’s knowledge) in a manner with undertones of the twin experiments carried out by Dr. Josef Mengele at Auschwitz during the Second World War.

“There was this period in the 1950s and 1960s that New Yorker journalist Lawrence Wright [who appears in the film] refers to as the Wild West of psychology,” Wardle says. “There were a lot of experiments done at that time that you would never get past an ethics committee today.

“My wife and other Jewish people I know who have seen the film have very uncomfortable feelings … that Jewish people were involved in perpetuating this kind of wrong on other Jewish people, particularly given their shared history. But I’m not interested in making films that are black and white, or about good people and bad people. It’s the grey areas of human behaviour that fascinate me.”

A story that began so hopeful turns unbearably sad.

Wardle says he loves watching the documentary with audiences who go into it cold. “Part of me feels guilty because they’re enjoying it so much and then they realize it’s not the story they thought it was going to be.

“But the triplets’ story is the story of life, with all the extreme highs and extreme lows we all eventually experience. Despite the pain they’ve gone through, they’ve told me they would rather have gone through all of this than never have met at all.”

Film Review
Review: Always at the Carlyle is a rich-and-famous fandango that fails to get to the bottom of anything
July 5, 2018 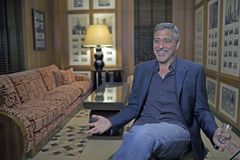 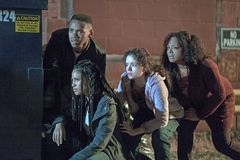 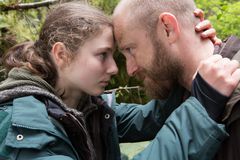