It is never fun to leave summer behind – except for this year, when the season’s movie lineup was littered with needless franchise extensions, resurrections and desecrations. Fortunately, the upcoming fall movie season offers a hint of salvation for the devout cinephile: three months’ worth of awards-bait and movies made for adults with no interest in cinematic universes. (Okay, there are a few sequels, too.)

To get you primed for the season, The Globe and Mail presents its guide to the films that hope to keep you warm and snug this fall. (Release dates subject to change.)

It seems as if it was only yesterday that Donna Tartt’s bestseller nearly set the literary community on fire. With the release of John Crowley’s splashy adaptation, which stars Ansel Elgort as a rootless young man who descends into a world of crime, you can also expect reignited debates about her pop-novel’s merits. Nicole Kidman, Sarah Paulson and Jeffrey Wright co-star, and studio Warner Bros. is pushing the film hard at next month’s Toronto International Film Festival, so don’t expect this one to fade quietly into the awards-chatter background. (Sept. 13)

Is the world ready for the return of Renée Zellweger? Judging by the muted reception to her Netflix series What If?, the answer is: not necessarily. But maybe the actress will have better luck with this prestige biopic, in which she plays Judy Garland three decades after headlining The Wizard of Oz, and beginning a romance with musician Mickey Deans (Finn Wittrock). (Sept. 27)

Thor: Ragnarok director Taika Waititi is easily the most stylish filmmaker in Hollywood, but it’s an open question how audiences will respond to the New Zealander’s take on Christine Leunens’ book Caging Skies, which revolves around a lonely Second World War-era German boy named Jojo (Roman Griffin Davis) whose mother (Scarlett Johansson) is hiding a Jewish girl in the family’s attic. Sounds harmless enough, until you add the fact that Jojo has regular imaginary conversations with Adolf Hitler (Waititi). No word on whether Hitler comes adorned in a pineapple-print jumper. (Oct. 18)

I haven’t seen a frame of Marielle Heller’s Fred Rogers drama starring Tom Hanks as the beloved television personality, but I’m already crying. You’re probably already crying. We’re all crying. So it’s just a matter of how many tears we’ll all shed over the film, which focuses on Rogers’ friendship with a cynical journalist (Matthew Rhys) that likely bears absolutely zero reality to how jaded real-life journalists may or may not be. (Nov. 22)

At age 76, Martin Scorsese still has the clout to tear the film industry apart. His latest drama, a return to well-trodden mob territory, has already forced Hollywood’s visual-effects companies to innovate in the director’s quest to digitally de-age his star Robert De Niro, who plays a hit-man who wanders into Jimmy Hoffa’s orbit.

But Scorsese isn’t stopping there. By joining forces with Netflix, the director has forced North American theatre-owners to make some hard decisions as to whether partner with the streaming giant in some fashion or totally ignore the season’s most prestige production. Al Pacino, Joe Pesci and Harvey Keitel co-star. (Release date to be determined)

Hollywood hasn’t had much success producing dramas about one of the most inherently dramatic of businesses – that’d be strip clubs – but Lorene Scafaria’s adaptation of a real-life story might push the genre into a new pole position. Jennifer Lopez, Constance Wu, Cardi B and Lizzo play a crew of New York dancers who join forces to turn the exploitation tables on a bunch of loathsome Wall Street bros. (Sept. 13)

Soon enough, all members of Danny Ocean’s heist crew will have gone to outer space. Following in the footsteps of George Clooney (Gravity) and Matt Damon (The Martian), Brad Pitt accepts an interstellar mission to find his long-lost astronaut father (Tommy Lee Jones) in James Gray’s cerebral sci-fi drama. Expect fewer explosions and more internal ruminations on the sins of the father, given Gray’s thoughtful, introspective filmography (The Lost City of Z, We Own the Night). (Sept. 20)

Lucy in the Sky

There’s space for everyone on the rocket-ship this season. Joining Pitt’s outer-space-bound adventure, Lucy in the Sky stars Natalie Portman as an astronaut who finds life back on Earth shaky, at best. Based loosely on criminal case against NASA’s Lisa Nowak, the film marks the feature directorial debut of Noah Hawley, television’s most visually eccentric showrunner (Fargo, Legion). Jon Hamm co-stars as an all-American astronaut, because of course he does. (Oct. 4)

Destined to be your divorced uncle’s favourite movie of the year – no matter how old he may be – James Mangold’s racetrack drama follows the quest of American engineer Carroll Shelby (Matt Damon) and British driver Ken Miles (Christian Bale) to build a car that can compete with the Ferrari racing team at the 1966 24 Hours of Le Mans race in France. Vroom! (Nov. 15)

At once the most anticipated film of the year (Joaquin Phoenix as an incel-y comic-book villain? Sure!) and the least (oh god, the discourse this is going to spawn), Todd Phillips’s Joker will certainly be one thing: inescapable. There’s no Batman, there’s a healthy dose of both Scorsese’s Taxi Driver and The King of Comedy (Robert De Niro co-stars as a talk-show host), and Phoenix’s smile is the stuff of nightmares. But until the film makes the festival rounds – starting off in Venice and continuing to Toronto – all we have to go on now are hopes and fears, absent any punchline. (Oct. 4)

Calling all Maleficent-heads: Apparently there are enough of you to justify this sequel to the 2014 Angelina Jolie-starring fairy-tale. This time around, Elle Fanning, Sam Riley and Lesley Manville join the twist on the Sleeping Beauty narrative, and Disney surely hopes the film’s popularity has only grown in the intervening years. They can’t, after all, risk opening a single 2019 film below the No. 1 mark. (Oct. 18)

There have been three separate attempts to reboot the Terminator franchise since T2: Judgment Day, and three separate times audiences were led to believe this would be the definitive timeline for the evil-robots saga. But now, really, truly, Paramount promises that this Tim Miller-directed film is the true sequel to T2, with Linda Hamilton, Arnold Schwarzenegger and even Edward Furlong returning for more dystopia shenanigans. James Cameron is also along, albeit as a producer, given his busy schedule figuring out roughly two-dozen Avatar sequels. (Nov. 1)

I’m going to get this out of the way right now: Disney couldn’t let it go, let this franchise gooooooooo. So now we have a sequel. I’m sure it’ll be fine. Unless it’s like that overlong, under-funny Olaf the Snowman short film that played before Pixar’s Coco a few years ago. That was chilling, in the worst possible way. (Nov. 22)

Film Review
New movies in theatres this week, including the wonderful Peanut Butter Falcon, the surprising Tigers Are Not Afraid and the cliché-filled Angel Has Fallen
Subscriber content
August 23, 2019 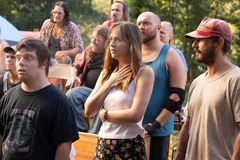 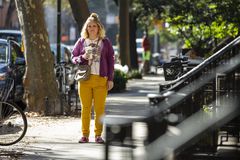 Film Review
If there’s justice in the world, the new sexism-in-Hollywood documentary This Changes Everything will do just that
Subscriber content
August 28, 2019 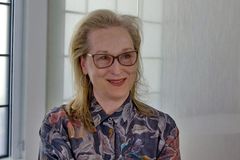