A month ago, Canadian filmmaker Sofia Bohdanowicz was a nominee on her own for her intensely personal and intimate documentary Maison du Bonheur, which was up for the top Canadian film prize at the Toronto Film Critics Association Awards. But this past Tuesday, while on stage at the Berlinale to present her new film, MS Slavic 7, she was proud to share the credit.

“It felt so natural because she was co-directing all along in a very easy alchemic way,” Bohdanowicz says of MS Slavic 7′s star, co-producer, co-director and co-writer, Deragh Campbell.

The pair are familiar collaborators. Campbell, a rising star in Canada’s micro-budget independent film community thanks to her work in films such as How Heavy This Hammer and Fail to Appear, starred in Bohdanowicz’s 2018 short Veslemoy’s Song as well as the director’s 2016 docudrama Never Eat Alone, which acts as a sort of spiritual prequel to MS Slavic 7.

In that film, Campbell, 29, played the character Audrey Benac, which “more or less began as a stand-in for Sofia,” explains Campbell in an interview before the Berlinale premiere. “I can interact with her real-life family members as a semi-fictionalized version of her. So the thought [behind MS Slavic 7] was about bringing Audrey back. We could simultaneously investigate these letters, and further investigate the character of Audrey.”

The letters Campbell refers to are the documents, 25 in all, that Bohdanowicz discovered her great-grandmother, the Polish poet Zofia Bohdanowiczowa, wrote to author Jozef Wittlin from 1957 through 1964. The correspondence is housed in an archive at Harvard’s Houghton Library, with “MS Slavic 7” the material’s call number in the library’s filing system.

Both Bohdanowiczowa and Wittlin were displaced during the Second World War, with Wittlin emigrating from Poland in 1939 with his family, first to France and then to New York. Bohdanowiczowa lived in Vilnius during the war, and when Lithuania was liberated by the Russians, she was removed along with fellow Poles and put in a camp. Bohdanowiczowa and her family escaped and ended up in Wales and then eventually in Toronto.

“I had made short films previously about my great-grandmother’s work based on her poems, and I was excited to have the material. I shared this discovery with Deragh and she took matters into her own hands," says Bohdanowicz, 33.

"The ghost of Zofia and her words transcend language,” the director says. “A lot of the film is about Audrey striving to connect with her great grandmother, to find purpose, and that connection is there but she is not fully fluid with it yet.”

The film shows Audrey, unable to read the Polish text, handling the materials as if they are talismans. Subtitles in English, however, have the letters speak for themselves. To add to the verisimilitude, Bohdanowicz shot her aunt and uncle’s 60th wedding anniversary a few months before filming the rest of the movie, so that Campbell (as Audrey) could interact with her family’s relatives on-screen. “We used the variables that we had around us. Some parts are scripted by Deragh and I, and some parts are open to improvisation," says Bohdanowicz.

These blended elements of fact and fiction helped the film get the attention of the Berlinale programmers. “We selected MS Slavic 7 for its sheer daring and uniqueness: a beautiful melancholy fiction about archives, writing and that which no longer can be grasped, which is far more concerned with process and atmosphere than with conventional psychology,” says James Lattimer, a long-time Berlinale programmer. “Our selection is all about giving a place for films that try new things, take risks and don’t follow the usual paths, all of which apply to Sofia and Deragh’s film in spades."

The two filmmakers worked “seamlessly” together, despite having sometimes shifting views on the material.

“We know there wasn’t a physical relationship between them,” Bohdanowicz says. "There is some kind of connection. Jozef came to Toronto. They walked through High Park. His wife was there, as revealed in letters.”

“I don’t think there was a romantic connection, no,” Campbell says.

“I love this. This friction," Bohdanowicz adds.

Family and friction are key to Bohdanowicz’s filmography. The self-taught director got her start as a filmmaker by exploring her grandmother’s poetry. A work called “Dundas Street,” though written in the sixties, was something she could identify with, and it became the genesis for her 2012 short film of the same name. In the years since, she has developed her craft with exceptional speed and artistry. It was just last year that Bohdanowicz was at the Berlinale’s Talent Lab to take part in workshops and screenings. Today, she is basking in the acclaim for MS Slavic 7′s world premiere.

The co-directors don’t want to reveal the film’s budget, but Campbell hints that Bohdanowicz “is interested in moving into a larger budget realm.” That may be possible now more than ever thanks to Bohdanowicz’s win at the TFCA Awards last month, where the filmmakers behind Anthropocene decided not to take the entire $100,000 prize for Best Canadian Film and instead split it three ways between their two competitors (Bohdanowicz and Ava director Sadaf Foroughi) and the Toronto International Film Festival’s Share Her Journey campaign.

“It was beautiful and moving gesture for me, because I believe it is a community where we all care about each other’s work and we all take care of each other," Bohdanowicz says. "I never met [Anthropocene directors Jennifer Baichwal, Edward Burtynsky and Nick de Pencier] before that night and for them to care about me and Sadaf and to invest in our careers like that was monumental for me. It changed my life.”

Bohdanowicz’s next film will be an expanded version of Veslemoy’s Song, focusing on her grandfather’s violin mentor Kathleen Parlow, a child prodigy in the early 1900s. The film will again feature Campbell as Audrey Benac. But this time, it will be Bohdanowicz behind the camera, and Campbell in front of it. “I’m invested in the journey with Deragh as a strong collaborator,” Bohdanowicz says," but for this film, we’ll revert back to our previous roles." 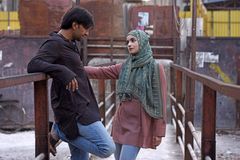 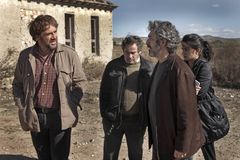 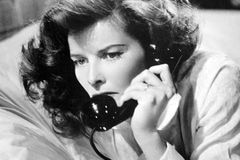