Spoiler alert for a three-decade-old movie, but: At the end of The Godfather Part III, Francis Ford Coppola and Mario Puzo’s corrupted hero Michael Corleone (Al Pacino) is targeted by a Mafia assassin. But instead of taking the bullet and thus paying for his many sins, Michael is spared, the shot instead piercing the heart of his beloved and innocent daughter, Mary.

The fact that Mary was played by Coppola’s own daughter, Sofia, who ended up taking much of the scorn heaped upon the film, is an irony not lost on the director.

”The bullets shot at her were meant for me,” the director says today. “You know, she didn’t want to be an actress. She was only 17, she wanted to be an artist and go to art school. And she is very innocent in that performance, which is the flavour that I wanted.”

Partly to readdress the hurt directed at his daughter, and partly because he was never satisfied with the film as a whole, Coppola has now produced a fresh re-edit of Part III, complete with a new title: The Godfather, Coda: The Death of Michael Corleone.

Just when you thought you were out, The Godfather, Coda: The Death of Michael Corleone pulls you back in

Approximately 12 minutes shorter than the original, and with a new beginning and a tweaked ending, Coda restores the reputation of the much-pilloried 1990 film and its leading actress. But more importantly to Coppola, it also relieves the familial responsibilities that have weighed on the director since the film premiered and his daughter became an easy film-critic punchline. (Don’t worry, though; things turned out alright for the Lost in Translation and On the Rocks director.)

”I took my family to all my film locations. We were like a family of travelling acrobats, you know? If I needed a kid, they’d go in there. They learned about the movies by participating,” Coppola says. “Sofia did this for fun. So when she was ferociously attacked for my movie, it was an incredible irony.”

Coppola didn’t talk with his daughter much about the re-edit – “It was not exactly a topic she wants to think of” – but having the opportunity to revisit a film focused on the death of a child did force the filmmaker to revisit much more grievous family wounds.

“Michael ends up living a long life, but he never forgets the heartbreak of what happened with Mary. There’s no worse punishment than that. Dying, that’s an eternal benevolent slumber. But to have your heart broken ... believe me, when you lose a child, that’s the first thing you think of when you wake up,” says Coppola, who lost his eldest son, 22-year-old Gian-Carlo, in a 1986 speed-boating accident.

”It goes on for 20 years before, as Aeschylus says, there’s mercy thanks to the awful grace of God,” he adds. “So imagine Michael, who is responsible for it, but that he deserves it, too. He deserves to suffer, and he does.”

The film’s new title certainly underlines Michael’s suffering – though it was something that Coppola and his co-writer Puzo pushed for back in the late 80s.

”The studio wanted to call it The Godfather Part III because they wanted to then have parts four and five, and I never thought of these as easy to make. It’s not the Adventures of Zorro or something. This is only one story – the damnation of one man’s soul. Therefore, the third film should be more an epilogue or coda, and Mario’s first idea was to just call it ‘The Death of Michael Corleone,’” Coppola recalls. “I thought that was immediately intriguing, because what did that mean? Did you see Michael die, or his soul die, which is quite a different thing and even more tragic.”

While Coppola is no stranger to re-editing his past works – he released Apocalypse Now Redux in 2001 and a new cut of The Cotton Club last year – there is a good chance that Coda might just elevate the entirety of the trilogy to its deserved place in the American film canon. At the very least, it arrives just before Godfather mania is set to sweep Hollywood again. There are currently two productions in the works dramatizing the behind-the-scenes struggle to get the first film off the ground – a Paramount Plus series starring Armie Hammer as producer Al Ruddy and a Barry Levinson film called Francis and The Godfather starring Oscar Isaac as Coppola.

”I don’t know a lot about Barry’s project, but I know enough, which is that I love his movies. Whatever he does, I’m sure it’ll be interesting,” Coppola says. “I don’t want to annoy him, either. He knows better than I do how to make his movie.”

And if not, then perhaps Coppola will be happy to lend his re-editing hand down the line.

The Godfather, Coda: The Death of Michael Corleone will be released in select theatres Dec. 4; it will be available digitally on-demand and Blu-ray starting Dec. 8

Film Review
Just when you thought you were out, The Godfather, Coda: The Death of Michael Corleone pulls you back in
Subscriber content
November 24, 2020 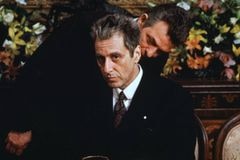 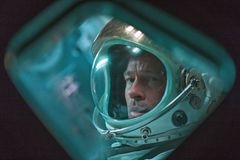