Knives Out, Amazon Prime Video If we can, for a moment, pretend that this summer is just like any other, then the season demands that, at least one night a week, we lounge in front of a TV taking in some twisty, nervy, thriller – a film that will give us the sweats as much as the humid air. A top candidate, which just started streaming on Amazon Prime Video on June 12, is Rian Johnson’s Knives Out. There are few pleasures as great as watching Johnson reveal the secrets of his postmodern murder-mystery – although watching star Daniel Craig twist his tongue to sound like he’s delivering monologues dripped in molasses might be up there, too.

Michael Clayton, Crave with Starz For one of the world’s biggest movie stars, George Clooney hasn’t been making too many movies lately, preferring to either direct (this fall’s forthcoming The Midnight Sky), work in television (Catch-22), or sip some sweet, sweet Nespresso. (And do loads of charity work, yes.) But for a reminder of Clooney’s sheer on-screen charisma, best to look back at Tony Gilroy’s 2007 legal thriller, which plays even better today than it did then. Following the exploits of the eponymous “fixer,” Michael Clayton underlines just what kind of different rules the rich and powerful play by, all while delivering a sharp-edged story and excellent performances (not only from Clooney, but Tom Wilkinson, Tilda Swinton and Sydney Pollack, too).

The Invitation, Netflix Director Karyn Kusama’s 2015 low-budget film flew way too far under the radar when it was first released, but now that Netflix has given it a healthy second life, more audiences are discovering its panic-inducing vibes. Following one man’s long night inside the Los Angeles home of a maybe/maybe not cult, The Invitation takes an intriguing premise and runs wild. Its final shot will haunt you.

Eastern Promises, CBC Gem The Canadian streamer continues to surprise and impress, as it now counts a good amount of the David Cronenberg canon among its free-to-view titles. While a bunch of the icon’s movies could be counted as “thrillers,” none fit the bill so well as this 2007 crime epic, which traces betrayal and backstabbing in London’s Russian mob underground. Regular Cronenberg player Viggo Mortensen is captivating as a hardened hero, and the blood flows as freely as you might expect from Canada’s king of cinematic viscera.

Memento, Kanopy Before Christopher Nolan’s Tenet welcomes audiences back to the big screen on July 17 – if you happen to live in an area where theatres might be open – revisit this acclaimed head-scratcher, the British filmmaker’s breakthrough work. Guy Pearce, who has somehow not gone on to appear in every Nolan film like Michael Caine, stars as an amnesiac puzzling out a murder in backward narrative motion. If you’ve somehow never seen the film before, now is the time, and if you’ve pulled a Memento of your own and have forgotten most of the film’s twists and tricks, well, what else have you got to do on a Saturday night?

Full Stream Ahead: What to watch on Netflix and Kanopy with the world under a coronavirus quarantine
March 16, 2020 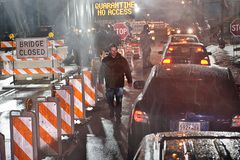 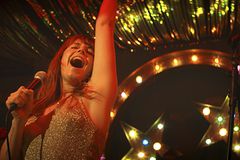