With movie theatres reopening, and then closing, and then who-knows-what, there is comfort in knowing that, thanks to streaming and video-on-demand, we can all program our own double (or triple, or quadruple) bills at home. Here are this weekend’s best new at-home releases.

The fact that Alex Thompson’s feature debut won the Audience Award at last year’s SXSW Film Festival is spot-on: This is a low-budget effort that screams “American Indie Cinema.” But Saint Frances is also leagues beyond the archetypical SXSW dramedy fare thanks to screenwriter Kelly O’Sullivan, who also stars. Playing a shiftless thirtysomething who stumbles onto something resembling purpose after taking a babysitting gig, O’Sullivan is a genuine find, charming and sincere. Think of Obvious Child’s Jenny Slate meets Bridesmaids' Kristen Wiig, if you must.

Come for the opportunity to hear Werner Herzog utter the words, “a beach resort so godforsaken you want to cry,” but stay for the Bavarian director’s journey into the world of meteors in this half-amusing, half-illuminating documentary. Once again collaborating with Cambridge University professor Clive Oppenheimer, who helped Herzog explore the depth of volcanoes in Into the Inferno, Germany’s favourite madman documentarian goes to great lengths to understand how meteors have impacted our shared cultural history. Oppenheimer does most of the heavy lifting in talking with experts, with Herzog offering frequently deadpan narration that almost upends the entire production (“It gets so complicated now that we are not going to torture you with details”).

I’ve been waiting a long time – well, 14 months – for the rest of the world to get a glimpse of Pietro Marcello’s Martin Eden after its debut at the Toronto International Film Festival in the worry-free days of 2019. And now that day is finally here in Canada, with the film available as part of TIFF’s digital Lightbox VOD portal, which is itself back online after a few dormant months. Marcello’s loose adaptation of Jack London’s novel follows one man’s journey from uneducated drifter to a celebrated writer, but without the expected trappings of a rags-to-riches narrative. Although told across decades, the story’s temporal settings are fluid – at one point it feels like we’re in the early 1900s, when London wrote his book, at others the 1980s – while the political history of Martin Eden’s Italy is also not quite of our world. And as Marcello gets deeper into the existential tensions ripping his title character apart, the film becomes less a bildungsroman and more an anxious and nervy philosophical tract. I didn’t see anything like it in 2019, and I feel confident 2020 guarantees the same thing.

A sturdy reminder of the power of rough-and-tumble actors engaging in rough-and-tumble matters, the new boxing drama Jungleland could have been one of the many prestige dramas fighting for big-screen attention this fall. But 2020 is what it is, and director Max Winkler’s tale of two brothers (Charlie Hunnam and Jack O’Connell) braving the world of bare-knuckle boxing and low-level gangsters plays just as well on the small screen. I’ll leave it to you, or the film’s producers, as to wonder why the very British Hunnam and O’Connell were cast as Americans.

Full Stream Ahead: What does a divided America look like? These movies have a good idea
Subscriber content
November 6, 2020 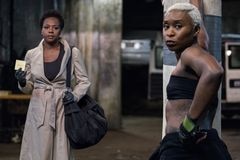 Full Stream Ahead: The best political satires to stream ahead of a U.S. presidential election like no other
Subscriber content
October 30, 2020 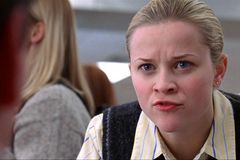 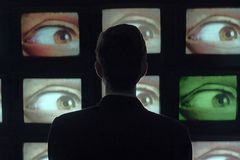