With movie theatres closed – and likely to stay that way in major cities until at least August – there is comfort in knowing that, thanks to streaming and video-on-demand, we can all program our own mini film festivals at home, focusing on whatever genre or theme we dang well please.

For last week’s edition of Full Stream Ahead, I decided to concentrate on the cheap deep-summer thrills that horror films provide. But this time, I’m feeling more experimental, more adventurous. The following new and recent releases all play with structure and form, resulting in unforgettable, singular viewing experiences.

Bloody Nose, Empty Pockets, Hot Docs at Home An intense and imaginative ode to the dive bar – a.k.a. that one place most of us won’t be able to enjoy any time soon – Bloody Nose, Empty Pockets arrives this weekend via Hot Docs at Home’s VOD platform. But sibling filmmakers Bill and Turner Ross’s production isn’t exactly a documentary. And I’m afraid I can’t say much more than that. Yet if you have any curiosity about the nature of performance, the importance of community or the unique way cinema can be sliced and diced and reconfigured into whatever form its creators desire, then you owe it to yourself to watch this captivating, frustrating and head-spinning work. (hotdocs.ca)

Capone, Kanopy I wasn’t very kind to this whackadoo Tom Hardy-starring thriller when it was first released on VOD earlier this spring. But time – and a steady stream of extremely subpar VOD releases since then – has made my cold heart grow just that much fonder of director Josh Trank’s truly weird take on the gangster biopic. Capone more closely approximates a horror movie, with Trank treating his aging godfather as the gangland equivalent of The Shining’s Jack Torrance – a man being slowly consumed by his demons, left to go stark, raving mad in a giant estate where enemies both real and imagined lurk. There are ghosts and haunted hallways and so much bright-crimson blood here that you could pin Dario Argento up there with Stanley Kubrick on Trank’s vision board. It’s all a mess, but a kind of glorious one. And now that the movie is available for free on streaming service Kanopy (well, free for those who have a Toronto Public Library card), I urge you to take a chance and explore Capone’s madness.

The Wasp Network, Netflix Olivier Assayas’s movies tend to follow one of two routes: extremely mannered dramedies following the lives of privileged artists, or hallucinatory genre fare that maintain a healthy curiosity about mankind’s penchant for violence. The French director’s latest production, The Wasp Network, is a kind of messy but interesting mashup of the man’s sensibilities. After debuting to shrugs on the film-festival circuit last year, the thriller about Cuban spies reportedly underwent some re-editing, which might explain why much of the movie feels choppier than any other Assayas effort. But there are some hypnotizing performances from the director’s regular collaborator Edgar Ramirez (in 2010 film Carlos), as well as Penelope Cruz, Ana de Armas and Wagner Moura. (Apparently Moura and de Armas’s chemistry was so good that they partnered right after on the much more pedestrian Netflix movie Sergio.) Don’t expect the world with The Wasp Network, but there is enough experimentation and originality on display that it will leave a sting. (I will not apologize for that joke.) 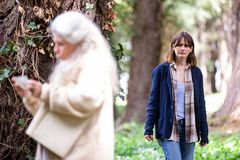 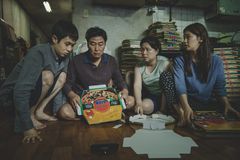 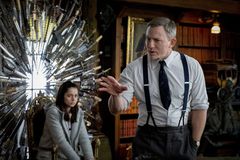