Barry Hertz
Published May 28, 2020 Updated November 5, 2020
For Subscribers
Comments
Text Size
Please log in to listen to this story. Also available in French and Mandarin. Log In Create Free Account

It’s not quite Canada Day, but it is also the weekend after the 2020 Canadian Screen Awards, so why not mark the occasion by streaming all the best Canadian films you’ve (probably) never heard of? Sophie Deraspe’s Quebecois drama Antigone came out on top Thursday night when the CSAs announced their best picture winner (with the film netting four other awards, too, including best actress for Nahéma Ricci), and for good reason. This modernization of Sophocles is worth your time and attention, no matter its awards bounty, as Deraspe transfers the action from ancient Greece to modern-day Montreal. Deraspe crafts an immigration tale as enlightening as it is gripping.

And now for something completely different: Matthew Rankin’s gonzo historical epic The Twentieth Century goes where few modern Canadian filmmakers dare to tread: out-and-out comedy. Winner of three CSAs (best art direction, best hair and best costume design) this fever dream of a biopic traces the life and loves and regrets of Mackenzie King (Daniel Beirne), with Rankin’s beautiful and bizarre film having as much to say about the peculiarities of our former prime minister as it does about sexuality, shame, art, family and the porous nature of national identity. Destined to become every Canadian high-school student’s favourite last-minute alternative to cracking their history textbooks (warning to teachers: absolutely do not let this film replace your history textbooks ... or maybe, actually, do just that, given that we’re all in a virtual world and we can get away with whatever we want).

nîpawistamâsowin: We Will Stand Up, NFB.ca and CBC Gem

Painful, necessary and laced with time-capsule-ready images of what it means to live in Canada today, Tasha Hubbard’s nipawistamasowin: We Will Stand Up will sear itself into your consciousness. Winner of the CSA for best documentary, the film starts off as a detailed look into the 2016 Saskatchewan farmland killing of Colten Boushie – and the outcry that resulted after Gerald Stanley was acquitted of second-degree murder in the 22-year-old Cree man’s death – turns into an intimate portrait of generations-long grief. As a work depicting both a specific moment in time and a wide-ranging history of trauma suffered by Canada’s Indigenous people, We Will Stand Up is necessary, essential, riveting viewing. CBC Gem has the cut-for-TV version, but for the full impact, best to watch Hubbard’s feature-length film on the National Film Board’s under-the-radar site.

Roundly ignored when it was (barely) released in theatres in February of last year, Adriana Maggs’s biopic of the troubled NHL goalie Terry Sawchuk has nevertheless earned a passionate number of defenders who will e-mail me frequently about its availability on CBC Gem. The Canadian Screen Awards agree, too, having nominated it for five awards, and awarding it one: best actor for Mark O’Brien. Dark, tough, and with gritty performances from not only O’Brien but long-time character actor Kevin Pollak, Goalie is a small and icy triumph.

If ever there was a setting crying out for cinematic exploitation, it’s the Canadian side of Niagara Falls. A tacky tourist wonderland that barely masks the grit of a company town gone to seed, the current state of the area is an ideal staging ground for a nasty little neo-noir or tight psychological thriller. Fortunately, director Albert Shin has taken up the challenge, setting his delightfully twisty new mystery in the heart of the splashy-yet-trashy neighbourhood. Nominated for four CSAs (but unfortunately walking away with not a one on Thursday night), the film focuses on Abby (British actor Tuppence Middleton) as she returns to the Falls to settle family affairs. Shin’s film has great fun with expectations, from subverting an early-on romance to painting his lead into extremely tight narrative corners. As Abby falls into a rabbit-hole conspiracy involving a missing boy, greedy developers, French-Canadian magicians and a local podcaster played by David Cronenberg (!), Disappearance at Clifton Hill becomes just as thrilling and disturbing as its titular strip of haunted houses and fading-fast motels. 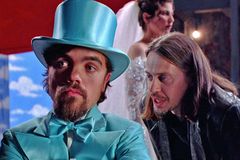 Full Stream Ahead: What to stream this Mother’s Day weekend on Netflix, Disney+, Crave, Amazon Prime Video and Kanopy
Subscriber content
May 6, 2020 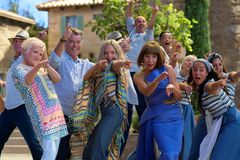