Before you turn on your television, iPad, or laptop this weekend and drown in options, The Globe and Mail presents the three best cinematic bets that are worth your coveted downtime – no commute to the movie theatre required.

The Souvenir, Amazon Prime Video: Early on in her excellent new drama The Souvenir, director Joanna Hogg aligns her film with its most despicable character. “We don’t want to see life play out as it is,” says Anthony (Tom Burke), a Cambridge-educated, silver-tongued mooch. “We want to see it as experienced within this soft machine.” That Anthony is using his words to woo film student Julie (Honor Swinton Byrne), who herself is based on Hogg, only adds to The Souvenir’s paradoxical approach to filmmaking as personal history. This is not a movie that lets life simply play out as it is or was – it is instead a collection of memories, some sharp as shards, but others smoothed down. It is, as Anthony says, an experience that cannot be replicated in another medium. Which is also to say it is wonderful, a heart-on-its-sleeve drama of love and mistakes that should’ve made Hogg more of a household (or certain type of household) name outside her native Britain when the film was released in theatres by indie powerhouse A24 this past spring. But now that it’s available via Amazon Prime Video, maybe the soft machine that is streaming will rectify that reality.

Atlantics, Netflix: A sensual and heady stew of romance, family drama, police procedural, political polemic and ghost story, Mati Diop’s Atlantics marks the debut of a ferocious talent in a French artist best known until now for her onscreen performances in work by Claire Denis and other boundary-blending auteurs. In Dakar, the young Ada (Mame Bineta Sane) longs to be with construction worker Souleiman (Ibrahima Traoré), but she has been promised to another, and he sees no future in Senegal. But after Souleiman and his fellow workers – who have been stiffed by the owner of the huge new tower they’re working on – leave the country for some vaguely brighter prospects, tragedy strikes on the Atlantic ocean. And then, the story takes an unexpectedly haunting turn. Diop takes some highly unusual detours, both narratively and thematically, to get to a somewhat predictable ending, but there is a confidence in her vision that is startling. The intense pleasure of Atlantics is not in the A-to-B storytelling, but in the poignant and painful emotions its filmmaking conjures – and in the realization that this is just the first scream of an intensely curious and essential cinematic voice.

The Last Boy Scout, Crave: Sometimes your weekend requires the biggest, loudest and (knowingly) dumbest of diversions. With that in mind, Crave, via the Starz add-on, has just added The Last Boy Scout, a truly ridiculous relic of the truly ridiculous early nineties. Directed with breakneck speed by the late Tony Scott and written by the profane buddy-cop maestro Shane Black, the film follows a former NFL star (Damon Wayans) who gets mixed up with a rage-prone private detective (Bruce Willis) and a whole lot of disposable bad guys. The film reeks of a certain kind of action-genre excess, but it’s smart enough to smell itself a mile away, too. 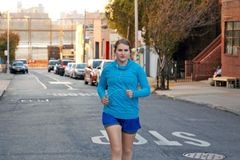 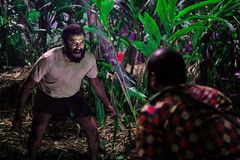 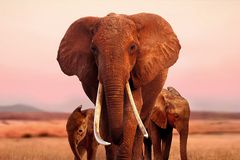