Lisa Jackson is an Anishinaabe Genie Award-winning Canadian director and artist with more than a decade of experience in documentary and narrative filmmaking.

Last month, the Toronto International Film Festival announced the Canadian portion of its 2018 lineup. Among the documentaries and dramas, TIFF singled out a handful of films that “showcase Indigenous talent,” including two Indigenous-directed feature films, Edge of the Knife, the first feature-length film made in the Haida language, and Falls Around Her, Darlene Naponse’s drama starring prolific Cree/Métis actor Tantoo Cardinal.

The trumpeting of Indigenous-led films is heartening, although there are important discussions to be had about the continued choice to helm other Indigenous-focused movies with white directors (imagine if Québécois films were directed by anglophones). There is a growing interest in our stories, but it is only a start considering the century of films in which Canada’s Indigenous histories were muted at best, and erased or misrepresented at worst.

As a filmmaker and student of film and history, I’ve done a fair bit of thinking about history and its telling – both in what and how stories get told. Who’s written it and why? What are its hidden – even subconscious – biases? How do we evaluate what we read in history as “true”? Like all human endeavours, these records are flawed, and most history tells us as much or more about its authors as it tells of the reality of what happened. It’s also about who had the means to sit down and write a book, which meant who had some money. These days, much of the history we consume comes in film or TV format, so today’s gatekeepers include the whole funding and distribution apparatus, including film festivals.

Now, here in Canada, we are in a process of Truth and Reconciliation, through which we are unearthing some histories that were long buried or skewed by colonial or even racist views. There is an appetite to hear from the original people of these lands, including what really happened in the settling of this country. The gatekeepers are beginning to get on board.

One of my film heroes was the NFB documentarian Donald Brittain: He approached history from a nuanced perspective, understanding that every character in a film is neither purely good nor evil. By unpacking how good people did bad things and vice versa, he gave us insights into human nature and by extension, his films allow us to examine ourselves more closely.

And although TV and film require drama, the least interesting characters are those who are simplified to be evil villains or innocent victims. This does a disservice to storytelling as an art as well as the necessary complexities of truth telling. And these complexities are important when you’re trying to reset misconceptions created by 100-plus years of skewed stories.

I had a revelation a few years ago when thinking about the news media’s coverage of residential-school stories, which started to come out in the 1990s, and how the villainizing of the clergy largely left out the role of the government that created and supported this inhumane system. It became easy to separate ourselves from what happened at those schools. Those black-suited historical figures become ciphers onto which we could project the worst in human nature and condemn it, keeping ourselves wholly separate. We would never do those awful things.

And then there is the portrayal of victims. Victims are often voiceless, helpless and also one-sided characters. Their role is to suffer. This dehumanizes and infantilizes them, taking away their agency and complexity. This is generally how Indigenous people are portrayed even in the most well-intentioned stories created by non-Indigenous people. In fact, and unfortunately, there can be a strong correlation between the well-meaning desire to condemn what happened and lift up the victims and the oversimplification of storytelling into the good/evil dichotomy, which gives us the twin satisfaction of being better people than the terrible villains and feeling sorry for the victims, who become sort of childlike and in need of care.

I've realized that because historical films and television are some of the most expensive to make, they are subject to a higher level of gatekeeping. And because the higher up the ladder you go, the less diverse the gatekeepers get, I'm concerned that this era of renewed interest in our stories will yield these simplified stories that are stripped of the humanity that allows us to see ourselves in some ways in the perpetrators and to have to engage meaningfully with the perhaps challenging complexities of the Indigenous experience beyond our role as victims.

In the rush to fund stories that set the record straight (with "safe" fundable teams), I pray we do not fill screens with these modern-day colonial narratives.

Our stories may not make immediate or obvious sense to the gatekeepers in the ways that the good-versus-evil stories do. They may not give us the easy guilt-expiating narrative that allows us to pat ourselves on the back for doing the right thing. It may mean getting familiar with our cultures and communities and their storytelling traditions, which are complicated and rich, and may at times frustrate the desire for simple cultural signifiers that are easily digested. But they will be more compelling and authentic stories that will stay with audiences for much longer and provoke meaningful conversations and reflections, not just about the Indigenous experience but the settler one as well.

They will also be better history, and a beginning to setting the record straight.

In a few years, I hope to see the Indigenous film scene include features and series that show the kind of authentic, powerful storytelling we’ve seen flourishing in the Indigenous literature scene. There is much goodwill, which is heartening. Where it is matched by a willingness to listen, I think we can get some great things done. 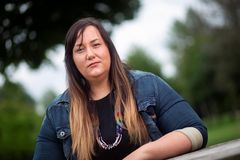 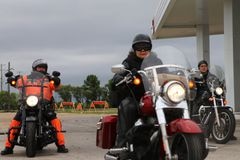