No matter the circumstances of the world, the Golden Globe Awards can be reliably counted on to provide an annual dose of whaaaaaaaat-the-heck weirdness. But in 2021, those lovable, unpredictable, mostly anonymous 80 weirdos who constitute the Hollywood Foreign Press Association one-upped even my most out-there expectations on Wednesday morning.

Yet due to the vagaries of timing, tradition and an increasingly desperate desire from Hollywood for a return to normalcy, the Golden Globes cannot simply be ignored. At least, not by those who rely on film and television to distract from the raging problems of the world (so: all of us).

With that in mind – and with the Globes acting as just the first leg of what promises to be the most bizarre film awards season in history – here are the biggest surprises, snubs and head-scratchers from Wednesday’s Golden Globe nominations.

Let’s start with the good news: For the first time in HFPA history, the Globes nominated more than one woman in the best director category. Chloé Zhao (Nomadland), Emerald Fennell (Promising Young Woman) and Regina King (One Night in Miami) all made the cut this year, alongside David Fincher (Mank) and Aaron Sorkin (The Trial of the Chicago 7). And given the critical momentum fuelling both Nomadland (which captured two other GG nods) and Promising Young Woman (ditto), there is a good chance that either Zhao or Fennell might actually win – which would mark only the second time a woman has won the best director Golden Globe, 37 long years after Barbra Streisand accomplished the feat for Yentl.

It only makes sense that 2020 would be the year of Sacha Baron Cohen – the past 12 months have felt as unpredictable, insane, darkly funny and anxiety-ridden as any one of the comic actor’s postmodern pranks. Acting accordingly, the HFPA gave up a wealth of nominations to the erstwhile Ali G: three nominations for Borat Subsequent Moviefilm (best motion picture – musical or comedy, best actor – musical or comedy for Cohen, and best actress – musical or comedy for Maria Bakalova), with Cohen receiving another nod for his work in The Trial of the Chicago 7 (best supporting actor).

Thanks to *gestures broadly at everything but especially shuttered movie theatres,* this year’s GG slate was never going to be as familiar to general audiences as, say, last year’s class of Once Upon a Time in Hollywood, Knives Out, Joker, Little Women etc. But even with that huge caveat, there are some big question marks here for all but the most hardcore of locked-down cinephiles.

For starters, audiences have a right to be puzzled by all the love for Nomadland, The Father, French Exit and The Mauritanian – those movies haven’t been released yet, and it’s still a bit fuzzy (for Canadians especially) just when and how we’ll be able to watch them. But at least those titles arrive with a generous amount of acclaim from the critics who’ve had a chance to see them (guilty!).

I can honestly say, however, that I only heard of the Kate Hudson movie Music a week ago (it scored nods for best actress and best picture – musical or comedy), and I have no idea when or where it’s coming out. Ditto The United States vs. Billie Holiday (two nods; best actress for Andra Day and best song). And while I was lucky to catch the dark Rosamund Pike comedy I Care a Lot at TIFF last fall, I doubt many have heard about it ahead of its release (checks increasingly messy Canadian film release calendar) Feb. 19 via Amazon Prime Video Canada.

Another movie that general audiences haven’t had a chance to see yet – but have probably been inundated with positive buzz for – is the excellent Korean-American drama Minari, starring The Walking Dead’s Steven Yeun as a farmer trying to provide for his family in Arkansas. While the film is being tipped as a major Oscar contender this year, the GG shut it out almost completely (with the exception of a somewhat patronizing nod for best foreign language film). Pay no mind to the HFPA on this matter. Minari will be available to Canadians digitally on-demand, including Apple TV/iTunes and the Cineplex Store, starting Feb. 26. Circle that date, people.

What I wouldn’t give to be a fly on the wall of the Lee household this morning. Despite Spike earning some of the best reviews of his career for the Vietnam-set drama Da 5 Bloods – and despite the fact that Lee’s daughter and son will appear on the awards telecast as “Golden Globe Ambassadors” – the Netflix film was ignored. Nothing for Lee. Nothing for leading man Delroy Lindo. Nothing even for supporting actor Chadwick Boseman (who scored a nom for his other Netflix drama, Ma Rainey’s Black Bottom). Awkward.

As predicted, Netflix dominated the nominations, with 42 total nods split almost evenly between film and television. That’s what happens when movie theatres were no-go zones for much of the past year, and when the streaming giant decides to put its mighty weight behind a bevy of high-profile HFPA-friendly tales, including the old standby: a movie about movies (Mank, which captured six nominations, including best motion picture – drama).

A Night to Forget

I’m not sure what the HFPA’s history is when it comes to bad dates, but someone there needs a corsage do-over if they think that James Corden deserves a best actor award for his gross characterization of a gay Broadway star in Netflix’s The Prom (which itself is an enjoyable enough musical).

Say what you will about the conceit and ultimate effectiveness of Promising Young Woman. But to toss loads of nominations at that somewhat shaky film examining rape culture and ignore HBO/BBC’s I May Destroy You on the television side speaks volumes. The powerful limited series, starring and created by Michaela Coel, is a complex, powerful, genuine work of art that will go down as a contemporary masterpiece.

Decoding the HFPA’s tastes when it comes to television is an even trickier task than dissecting its film sensibilities. What kompromat, for instance, do the producers of Netflix’s thoroughly mediocre Ozark have on members of the HFPA to ensure that series keeps getting recognized? But the Globes at least seem to be listening to their Emmy counterparts more this year, finally giving Schitt’s Creek recognition with five nominations including best TV series – comedy.

A Bridgerton Too Far 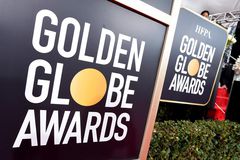 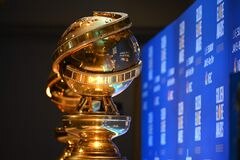