At this year’s Hot Docs film festival in Toronto, 234 documentaries are currently receiving the VIP treatment: big-screen exhibition, packed houses, frenzied media and market attention. But once the 26th annual festival wraps this Sunday, many of the approximately 2,600 filmmakers attending the fest in the hopes of landing a deal will go back to their offices (or, more likely, their kitchen tables) and struggle to figure out how, exactly, to survive.

“There are more people watching documentaries than ever before – we can assume this anecdotally and make this assumption,” says Sean Farnel, a veteran of Canada’s documentary scene from his time developing the doc program for the Toronto International Film Festival and serving as Hot Docs’s first director of programming. “But our filmmakers aren’t sharing in the success of their genre. I’ve seen so many first- and second-time filmmakers just peel away. The maker community is definitely not basking in the glow of any golden age. We’re losing talent.”

Enter the Documentary Organization of Canada, which announced Thursday that it is launching a revamped version of its Festival Concierge program, which the group hopes will help “demystify the process” of navigating the crucial film-festival landscape in order for its members to get their work out in the world, according to Mathieu Dagonas, DOC’s executive director. The program’s launch follows the publication of DOC’s “Roadmap to Creative Distribution” by producer Chanda Chevannes, as well as the cross-Canada roll-out of festival-focused workshops headed by DOC consultant Farnel.

“The gist of these initiatives is about providing support and resources, and encouraging the sharing of stories so filmmakers can empower each other to take control of the marketing and sales and distribution of their films directly,” says Farnel. “Facilitating this co-operation is better than everyone working in their individual silos.”

The DOC, which was founded in 1983 as the Canadian Independent Film & Video Caucus, has revamped its festival-focused initiative as it becomes increasingly clear that the film-fest circuit is the primary means of exhibition for documentaries. Despite the headline-grabbing success of major productions like Three Identical Strangers, RBG, Won’t You Be My Neighbor and the Oscar-winning Free Solo, most documentaries never make it to the big screen, or even the small screen. And while the rise of streaming services like Netflix has helped propel certain docs to zeitgeist-catching status, countless more fall through the exhibition cracks.

"Festivals are now the de facto exhibition circuit for documentaries, so how do you navigate that circuit?" asks Farnel. "There's a strategy involved in leveraging this circuit and accessing it, so this is about sharing stories from those who have, and creating tools to help filmmakers make these decisions. It's all about moving toward the ultimate goal, which is making these films available to watch."

The DOC’s original Festival Concierge program was conceived in 2014, but as the festival landscape has evolved and expanded – five years ago, Hot Docs screened 197 features and shorts; by last year, that number had jumped to 246 – a refresh was necessary.

"The [National Film Board] has a festivals office to help its productions, and most European film institutions have festival officers that offer this guidance full-time, so this is filling a gap in the Canadian documentary landscape," says Farnel. "We did a lot of polling, we researched the field, and a lot of this is about comparing strategies, and trying to replicate best practices."

As Farnel prepares to take his DOC workshops to Vancouver’s DOXA film festival next month and then Halifax’s FIN: Atlantic International Film Festival in September, he cautions that the program is still in its early days. And, as all Canadian filmmakers know, the industry is subject to tremors that no one is able to predict. “There are no immutable laws about film festivals, so it’s a tricky thing to navigate,” he says. “But the best thing we can do is share our stories with each other.” 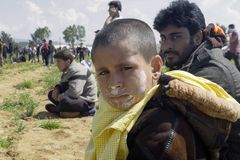 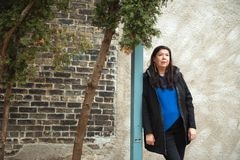 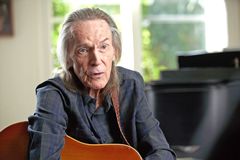