If you’re wondering what the sure-things might be at this year’s Hot Docs, well, Hot Docs itself offered a few good clues last week. Ahead of launching its first online-only film festival on May 28 – with titles geo-blocked to Ontario audiences only, and with a limited number of tickets available – Hot Docs revealed its 2020 award-winners on May 19. It was a backward way of getting audiences excited about an entirely new approach to festival-going, and provided a little guidance to which of its 135 “virtual” titles are worth squeezing into home-bound audiences’ increasingly pressed schedules.

But there are still 100-plus titles that Hot Docs thinks are also worth your time – or the festival wouldn’t have programmed them. To that end, here are The Globe and Mail’s 10 best Hot Docs bets, gleaned from industry buzz, filmmaker reputation and intriguing subject matter.

Toronto director Ali Weinstein, who delivered an intriguing feature debut with 2017′s Mermaids, returns with a sure-to-be-controversial look at the rise of millennial-friendly churches. Focusing on Toronto’s C3 (“We exist to connect people to God”), #Blessed examines how the evangelical movement has latched onto the twin spheres of the online-influencer movement (Instagram! Pop-up concerts! Iced coffee!) and the self-help sector to attract a generation raised with little interest in organized religion. But don’t expect Weinstein to be preaching to the choir – #Blessed promises to be an unholy look at what happens when faith and fads collide.

Plenty of documentaries have squandered excellent source material, so if Canadian director Greg Crompton somehow delivers a listless film with Eddy’s Kingdom, you’ll know that it was not for a lack of real-life drama. Following the dream-turned-nightmare of B.C. entrepreneur Eddy Haymour, who hoped to transform an island in Lake Okanagan into a Middle Eastern-themed amusement park, Eddy’s Kingdom traces a tale involving political in-fighting, ecological disaster and even an international hostage incident.

With China using the pandemic as an opportunity to further flex its authoritarian muscle, there is no better time to take a close look at the war that was being waged for the soul of Hong Kong long before anyone had heard of COVID-19. Making its world premiere at Hot Docs, director Bing Zhou’s Hong Kong Moments traces the battle between pro-democracy activists and state forces by zeroing in on two days in the fall of 2019: Sept. 21, when protests resulted in unshakable violence, and Oct. 1, the National Day of the People’s Republic of China.

Leap of Faith: William Friedkin on The Exorcist

Director Alexandre O. Philippe has carved out a curious niche for himself in the doc world, making a handful of slick films that dissect other films (The People vs. George Lucas, Doc of the Dead, the Pyscho-obsessed 78/52 and last year’s Memory: The Origins of Alien). Philippe’s latest is this in-depth look at The Exorcist, William Friedkin’s horror masterpiece, complete with archived behind-the-scenes footage and a new interview with the always entertaining and outspoken Friedkin.

Already picking up rave reviews after debuting at Missouri’s True/False Film Fest and the Copenhagen International Documentary Festival prepandemic, director David Osit’s doc on Mousa Hadid, the charismatic Christian mayor of Ramallah, seems like the surest of sure things. And for those expecting some sort of tense and dire treatise on Israeli-Palestinian relations, the word on Osit’s doc is that it’s actually a deeply funny piece of political comedy.

The Painter and the Thief

Listing Benjamin Ree’s film here is a cheat. Both because it is already available digitally on-demand (though if you’re in Ontario, your $9 Hot Docs ticket saves you a few bucks off the current nationwide VOD price), but also because Ree’s work blurs the line between fiction and documentary. The film’s many twists won’t be spoiled here, but I feel safe in saying that this story of the deep, complicated relationship between an artist and the man who stole her work is not what you, or anyone perhaps excepting Ree, might expect.

Scheduled as this year’s “opening night film,” whatever that might mean in an online landscape, director Sam Soko’s profile of Kenyan photographer and hopeful politician Boniface (Softie) Mwangi arrives at Hot Docs with solid buzz. Not to mention its timely themes – the cost of activism and the price individuals pay for being on the ground-floor of social change – that might hit closer to home these days than originally envisioned.

Maybe now is not the best time to watch a film mourning the death of an only-in-Toronto retail experience ... or maybe, to borrow Ed Mirvish’s legendary enthusiasm, it’s the best time! Either way, director Lulu Wei’s look at the final days of the city’s landmark discount-store Honest Ed’s and the ripple effects of gentrification should make for especially poignant viewing in this socially distanced era. Even more so, given that the Hot Docs Ted Rogers Cinema is located just around the corner from where Mirvish Village once stood – with both places now inaccessible for entirely different reasons.

If you don’t have HBO/Crave and aren’t willing to wait until the end of June – and weren’t one of the privileged few to catch its world premiere at Sundance this past January – then it’s best to catch this buzzy documentary now. From David France, the director of the Oscar-nominated 2012 AIDS activism doc How to Survive a Plague, Welcome to Chechnya is being hailed as a devastating investigation into that country’s vow to “cleanse the blood” of its LGBTQ citizens.

Hot Docs runs May 28 to June 6, with majority of program available to stream until June 24 (hotdocs.ca) 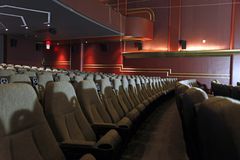