“What’s the dress code for the awards tonight? Is it fancy?” asks Carly Stone. The 28-year-old writer-director is digging into a plate of fish tacos at a Tex-Mex restaurant in downtown Austin, Tex., two days after her debut feature, The New Romantic, premiered at the SXSW Film Festival. Stone doesn’t know it yet, but in just a few hours, she’ll stand onstage to accept a Special Jury Recognition for First Feature for her charming and subversive rom-com. For what it’s worth, she’ll also nail SXSW’s casual-cool aesthetic, where a buttoned shirt is basically black tie.

Stone’s first SXSW has been a hectic family affair. Her brother Jason also premiered his science-fiction feature, First Light, a few days ago, and her parents have flown in from Toronto to celebrate with their children. Now, the jam-packed schedule of family obligations, media junkets, way too much barbecue and keeping pace with her cast of cool millennials (including Riverdale’s Camila Mendes and Hayley Law) has affected Stone’s sleeping schedule.

“I had no expectations for SXSW – zero,” says Stone, who is married to a lawyer, loves her dog and works in the writers’ room of the CBC series Kim’s Convenience. “It’s surreal to have a collective movie-watching experience with your film and a press day. I cried a little bit before it. Now, I’m just so tired. I go to bed pretty early in Toronto and I’ve been going to bed at 3 a.m. Before that, I hadn’t seen midnight in a long time.”

It’s a remark that fits the tone of The New Romantic, a confessional rom-com that’s oddly old-fashioned in its quest for true love in the time of swiping for Mr. Right. The film concerns Blake (The End of the F***ing World’s Jessica Barden), a college reporter who aspires to be the Hunter S. Thompson of her generation. When her editor cancels her sex column (she isn’t having any), a chance encounter leads Blake to become an object of affection for a rich economics professor (Enlightened’s Timm Sharp) who exchanges gifts – a Vespa, a diamond bracelet – in exchange for going on dates with a happy ending. While Blake first embraces the relationship as source material, she soon has to reconcile it with her ideals.

The New Romantic manages to be a remarkably charming comedy, maintaining its effervescence while dealing with the timely themes of assault and the fraught power dynamics between men and women. It also boasts the sort of old-school chemistry, between Barden and Jane the Virgin’s Brett Dier (playing a fellow student reporter), you’d find in a Nora Ephron movie – despite Dier’s character asking if Nora Ephron is Zac Efron’s mom.

Stone is the youngest of three children, born to a journalist mother and an entrepreneur father who also has a deep passion for wildlife photography. The family moved from South Africa to Toronto before Carly was born. Stone’s older brother Jason, a collaborator of Seth Rogen and Evan Goldberg’s and a current director on Riverdale, was a filmmaker from childhood.

“As soon as I was born, Jason had a camera in his hand,” Stone says. “I always knew I wanted to be a writer, but I had no clue how I was gonna monetize it.”

She had her come-to-Jesus moment when Tim Long, a producer on The Simpsons, came to talk to her comedy writing class at the University of Western Ontario.

“I went up to him afterward and said, ‘How do I do what you do?’ He said I needed to get myself to L.A. I wrote a spec for Modern Family, and he brought me into the Simpsons writers’ room to watch a table read.”

Long wrote Stone a reference letter for the screenwriting program at the American Film Institute, where she fell in love with all the coming-of-age films and romantic comedies she’d missed in college.

“I watched all of Noah Baumbach’s films and Sofia Coppola’s, who is now one of my main inspirations. Around the same time, I watched Annie Hall for the first time. I’ve had very few epiphanies in my life, and that was one of them,” Stone says. “Then, Tina Fey and Mindy Kaling’s books came out, Lena Dunham was just about to make Tiny Furniture. It felt like this moment where suddenly there were women who had voices I understood.”

So how did a charming rom-com about a college-journalist-turned-sugar-baby get made in Canada, where first-time female filmmakers, especially in the comedy genre, are still a rarity? Four years ago, Stone simply overheard a conversation between the film’s producer, her brother and his husband, and nominated herself for the job.

“I had met [Carly’s] brother Jason at USC about 10 years ago,” producer Kyle Mann says. “Carly was living in her brother’s guest house in L.A. She had a surfboard attached to her car and always had wet hair.”

One day, Mann was talking with Jason and his husband, filmmaker Rob Connolly, about an article he had read about the sugar-babies phenomenon. “I was interested in doing a comedy about it,” Mann recalls. “Later, Rob told me that Carly had overheard our conversation and basically said, ‘Oh, I could write that.’ She sent me a script she’d written at AFI that made me go, ‘Wow, this story so clearly needs this young woman’s voice.’”

The years to follow would involve hundreds of rewrites as Stone researched the sugar-baby community online. While every woman had different motivations for why they wanted to exchange sex for gifts or financial support, what they had in common was zero shame about their experiences.

“I didn’t want to be judgmental. I didn’t want it to be about money,” Stone says. “I wanted my character to be a badass, to say: ‘Screw it, I’m okay with this right now.’ Once I made Blake a journalist, I realized that her curiosity could drive the story.”

The film was developed at the Canadian Film Centre’s Telefilm Canada Feature Comedy Exchange, where Kiwi Smith, the writer behind Legally Blonde and 10 Things I Hate About You, provided feedback on the script. But the movie still needed a director.

“I remember asking Carly: ‘Who do you think should direct it?’” Mann says. “She turned to me and said, ‘Me.’”

At that point, Stone hadn’t even made a short film. Mann financed a proof-of-concept called Girl Woman, which would end up playing TIFF’s inaugural TIFFxInstagram Shorts Festival. While Telefilm expressed concern about how the inexperienced Stone could handle a million-dollar feature, Mann refused to give up.

“I’d done four films with Telefilm, and I was advocating for her aggressively,” he says. “What bothers me is when people say, ‘I can’t find any female directors.’ They’re 50 per cent of the population, so how hard can it be?”

Like her fearless protagonist, Stone embraced the challenge of directing by assembling a solid team of Canadian collaborators. The film’s gauzy, stylish cinematography by Mike McLaughlin makes The New Romantic feel like an Urban Outfitters commercial as directed by Andrea Arnold, and the editing by Christine Armstrong shapes long, dialogue-driven scenes into talky bursts of joy. Stone expertly harnesses her cast’s chemistry, and Barden delivers a guileless, star-making performance in a tricky role, including a carefully crafted scene of sexual assault. And then there was the emotional labour: Stone needed to constantly prove her worth on set.

“I remember pulling up to a location in my car and someone saying, ‘No, you can’t come in, we’re shooting here.’ I was like, ‘No, I can come in,’” Stone says. “Everyone brought their A-game to the film and kept elevating it, but obviously it was hard. I think the trick to directing is never letting anyone know you don’t know what you’re doing.”

With her first feature win at SXSW, Stone has set a precedent for both a new generation of female filmmakers ready to tell their own stories and for Telefilm, when it comes to taking chances on raw talent.

“She’s a terrific writer with a vision and, most importantly, a strong sensibility, and that came through in this project,” says Stephanie Azam, a national feature-film executive at Telefilm. “Like the best modern romantic comedies – Trainwreck, Juno, Obvious Child, The Big Sick – the film took its characters seriously and explored uncomfortable emotional terrain.”

Azam says that as part of Telefilm’s commitment to gender parity, the federal agency wants to commission projects that reflect the ongoing dialogue surrounding the #MeToo movement and the blurred lines between sex and power that women navigate on a daily basis.

“What’s exciting about the influence of the #MeToo movement on the film scene in Canada is that we’re seeing female filmmakers of all levels of experience and at all budget levels bring forward projects that passionately address these issues in a wide spectrum of ways,” Azam says. “I wouldn’t say that the subject matter is risky; it’s culturally relevant.”

While Stone’s romantic comedy isn’t an explicit commentary on sex work, assault or even the perils of millennial dating (Julia Roberts never had to deal with Richard Gere ghosting her in Pretty Woman), the writer-director wants to raise tough questions with her first feature.

“My film is related to #MeToo in that the whole #MeToo movement relates to the way our society functions,” she says. “When I was writing, I asked myself: What’s more powerful – money or sex? A woman can harness her sexuality for power, but who has the ultimate power, and why?” 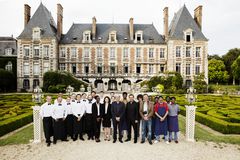 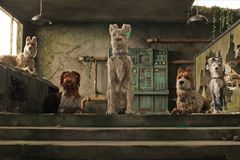 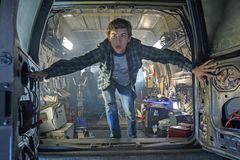